The passing of the Mayor of Capp Street 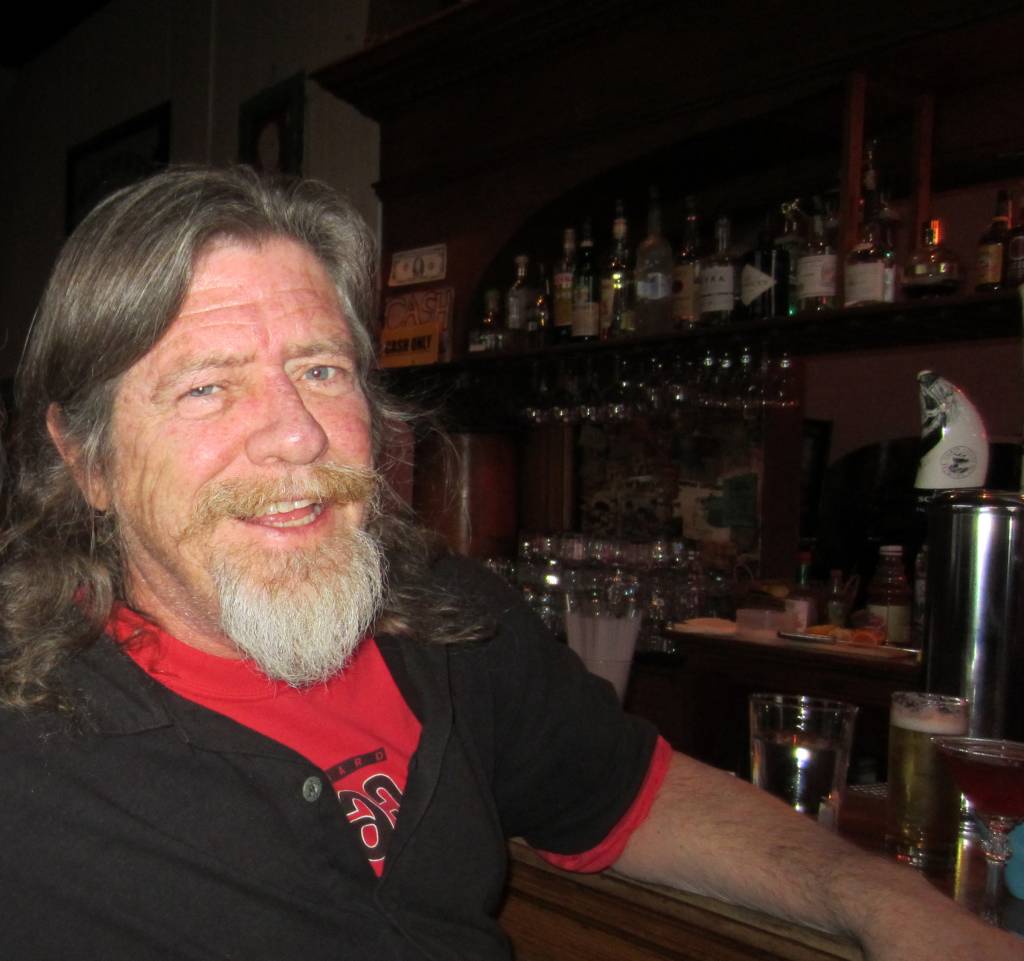 The intersection of 17th and Capp Streets is many things to many people. To many homeless folks, it’s a site of respite, where they can get support and shelter at the Mission Neighborhood Resource Center. To the San Francisco Police Department, it’s a hub of illegal activity, where undercover decoys entrap slowly moving men. To mechanics and artists, it’s where work lives, housed in industrial warehouses that seem to somehow (for the moment at least) function as a blockade to the development that surrounds them.

A friend visiting from New York City asked me, is this the only block in the Mission that’s not being completely gentrified? This question is an oversimplification of course, but it hints at the steadfast nature of the block, where a few institutions have kept true to their missions despite an aggressive economy forcing every façade into getting a facelift. One of these institutions is Uptown, and another is its founder, Scott Ellsworth, who passed away unexpectedly at the age of 59 in April.

Ellsworth took over the space at 200 Capp Street in 1984, turning it into what would become one of the most beloved dive bars in San Francisco. Worldly and neighborly, Scott created a space where working-class people of all stripes could gather for banter and camaraderie over some of the cheapest drinks in the city. Boasting little more than affordability, lack of pretension and a pool table, the space soon became a living room of sorts for school teachers, musicians, artists, mechanics and neighbors. For years, perhaps due to the anonymity of the address, the worn in couches served as an after-hours conference room for progressive electeds and their political strategists.

In time, Scott became the unofficial “Mayor of Capp Street” and began tending to the block outside of his bar. A strong advocate of urban trees and gardens, Scott was significantly responsible for the pillowy pink cherry blossoms that burst out of the pavement from 16th street to 26th. Against the opposition of the SFPD, who feared that planting trees on Capp Street would provide more places for people to stash their drugs, Scott, supporting the efforts of Friends of the Urban Forest, successfully managed to plant dozens of trees on the neglected stretch of sidewalk; trees that signal spring to hundreds of Mission residents.

While he was often disgruntled and dismissive of local politics, Scott was invariably engaged in them, and Uptown developed its own political pulse that led to phone-banks organized by bartenders and fundraisers for progressive politicians with sloppy joes cooked by Scott himself. The bar became a favorite meeting place for Mission neighborhood activists, many of whom liked to discuss the issues of the day with Scott. On special occasions, like Barack Obama’s inauguration or Carnival, Scott would open the bar up first thing in the morning and serve food and drinks to anyone who needed a place to celebrate.

Scott’s vision of Uptown was one that resisted change, despite the pressures that surrounded it. He avoided raising prices at all costs, and shirked the media when it tried to shine a spotlight on the establishment. His loyalty was to his regulars, and few financial incentives could tempt that allegiance. His love for the neighborhood made him a litmus test of sorts for businesses in the surrounding area. He was quick to let his customers know who was a good business owner, and who was short on regard for the community. His litmus test for politicians was similarly on point. Finding most of them crooked, he was a discerning progressive, who weighed each issue on its own merits and never toed a party line.

In 2013, the building that houses 200 Capp Street, as well as the dozen or so residential units above, it went up for sale. Fingers crossed as Scott contemplated a bid to become its owner. The neighborhood grimaced as the building was bought, instead, by Kaushik Dattani. Having Ellis acted 25 residential units, Dattani has earned himself a spot on the “Dirty Dozen” list- the top twelve serial evictors in San Francisco.

The more difficult nature of the relationship surfaced not long after Dattani assumed ownership of the building. Uptown’s lease, which has eight years left on in, allowed for the landlord to increase the rent by up to 10% each year. The previous landlord had often raised the rent by less than the maximum, or not at all; but Dattani took the position that the 10% annual increase was not enough, and that the rent could be raised much more than that in 2014. This was, to say the least, an aggressive interpretation of the lease – some would call it completely unreasonable — and it caused Ellsworth to have to enter into battle with Dattani.

The ensuing affair would not tarnish Uptown, but it would take a toll on Scott. The physical, emotional and mental stress of having someone try to weasel the result of 31 years of work out from under you should not be downplayed. In his last days, as Scott felt his health decline seemingly out of the blue, he would misdiagnose the symptoms of a heart attack for stress. In one of his last posts on facebook, Scott said “My sense of humor is kind of dulled these days since I’ve been in a nasty legal fight with the avaricious asshole who bought the Uptown building, he’s trying to take me to the cleaners, jacking the rent 34%, though my lease limits it to 10%.”

Today, Uptown remains open, with the steadfast and heartfelt determination of the bar staff Scott pieced together over the years. In the days after Scott’s passing, the bar would function as a sacred place of sorts, with impromptu toasts to Scott’s memory raised frequently. With eight years left on the lease, the bartenders remain grounded in Scott’s vision for the establishment, and there is a recognition among neighbors and regulars that there is upholding to do, in Scott’s honor. A note hangs on the gate of Uptown. It reads, in part “He felt strangely like the glue holding our neighborhood together.”

The intersection of 17th and Capp Streets is many things to many people. To many, including artists and musicians and mechanics and school teachers and sex workers, it is home of Uptown- an institution built by Scott Ellsworth, who loved the neighbors and the neighborhood just as they are, and who set a table for all to gather around for banter and camaraderie and the betterment of San Francisco. May that glue hold fast against the deteriorating forces of greed and development.

For those who wish to celebrate the life of Scott Ellsworth, a memorial will be held on Sunday, May 25th at the Bay View Boat Club from 4-8pm.