By Tim Redmond
April 26, 2015
Share on FacebookShare on TwitterShare on LinkedInShare on RedditShare on Email 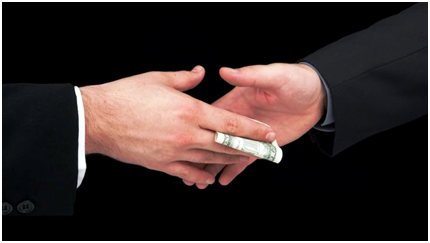 APRIL 27, 2015 — It’s not just true of sports that you can’t tell the players without a scorecard. It’s even truer when it comes to City Hall. But for the past five years, the Ethics Commission’s has hidden the cards when it comes to AstroTurf lobbying and related efforts.

The Friends of Ethics will ask the Ethics Commission Monday/27 to place a ballot measure for the November election reinstating reporting of all spending aimed at City Hall decisions. What’s been missing since 2010 is how much money is spent to influence City Hall by corporations that urge so-called grassroots groups to do the lobbying.

Lobbying that involves actually contacting City Hall must be reported, although that, too, is not nearly as complete as it ought to be. Until 2010, spending to reach the public to then reach back to City Hall also was reported. A “streamlining” of the law eliminated disclosure of hundreds of thousands of dollars spent pushing City Hall by such companies as PG&E and AT&T.

We’ve all seen AstroTurf in action as well as media and mail campaigns urging us to contact elected officials to back their position. There is nothing inherently wrong in doing that. It can even be said to energize voters to pay attention to decisions being made at City Hall. What we believe is wrong is to hide how much is being spent, who is spending it and who is being contacted — the type of information normally reported in lobbying.

In a July 2013 staff memo to the Ethics Commission, some $427,162 in spending for “expenditure lobbying” was identified.

That, typically, means money spent to help community groups side with the corporations to lobby City Hall.

But at that point, the record goes dark with the end of reporting.

All we know about the groups now advocating through public outreach is what we can discern by reading between the lines in newspaper stories.

Take SFBARF, for example. The group, which seeks to counter growth control in favor of building housing without affordability or other conditions, declines to disclose its donors. The Business Times reported that the group received $10,000 from San Francisco Moderates.

We also know that while the group claims to aim at producing more housing, its members have sided with commercial office developers to oppose efforts to save the San Francisco Flower Mart, something that would not produce a single unit of housing.

SFBARF is not registered as a lobby, and there is no such name registered with the California Franchise Tax Board or the Internal Revenue Service. If the group was a nonprofit, it would not be able to endorse candidates — but the group’s leader told the Business Times that it plans to make an endorsement in the District 3 Board of Supervisors race this fall.

If developers lobbying City Hall were giving money to SFBARF, we would never know it; that doesn’t have to be disclosed.

A second focus for current AstroTurf lobbying aims at preventing restrictions on vacation and part-time rentals. Each of the half-dozen such groups claim to be independent of companies like Airbnb.

One group, Peers, says it is focused on community building, not lobbying, but its fundraising is helped by Airbnb’s head of community.

Home Sharers of San Francisco is not as coy, writing in a recent Chronicle op-ed, “What you can do. Ask your representative on the San Francisco Board of Supervisors to advocate for these changes to the home-sharing host registration.”

The group states that it is in the process of applying for nonprofit status. While its members say that they do not receive financial support or are affiliated are not affiliated with any vacation rental website, the requirement to join Home Sharers begins by stating, “You need to be a member of Airbnb.” It is also not registered as a lobby in San Francisco.

Maybe these groups are in fact totally independent, and have no connection to any big corporation or interest group trying to influence City Hall. But shouldn’t we have the right to know?

The voters gave the Ethics Commission a remarkable independence when we authorized them to place a measure directly before the voters, an acknowledgement that City Hall might be reluctant or even loathe to curtail practices and influences by those who further their individual political interests.

Two years ago, in July 2013, the Ethics Commission directed staff “to draft legislation” but the record shows that nothing came back to the commission since that meeting. A year later, in June 2014, the San Francisco Civil Grand Jury urged that the expenditure lobbying once again be reported.

The Commission has until July 31 to submit a measure, something that now allows the panel three months of deliberations and fact-finding. Considering that this level of disclosure existed before 2010 and was eliminated simply because of “streamlining,” and that similar disclosure laws exist in places as varied as San Diego, Georgia and other states, there isn’t a strong argument that it overreaches on legal grounds.

At Monday’s Ethics Commission meeting, Friends of Ethics will ask the commissioners to put the issue on the agenda for the May meeting and initiate the process of placing this on the ballot. That gives everyone time to deal with any technical issues including reporting the details of the spending and sources. Taking it to the voters, rather than to the Board of Supervisors, means any changes later would have to be approved by the voters and not eliminated in a “streamlining” of paperwork.

Larry Bush is a member of Friends of Ethics.

Previous articleThe Agenda, April 27-May 3: Dancing for the Mission and an odd Tenderloin project
Next article48 Hills First Anniversary Gala: Thank you for coming!

Join us to discuss a community-based agenda for economic, racial, and climate justice in the San Francisco of the future.
Read more
Food & Drink

Plus: A drink trend to challenge boring boba and a new Palestinian-American restaurant is ready to roll
Read more
Movies