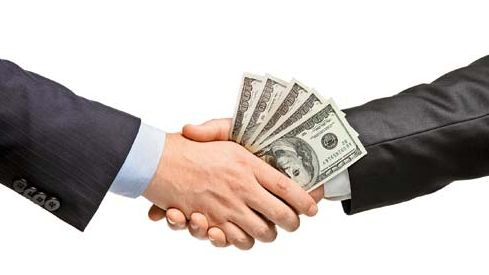 The SF Ethics Commission blew up last week as President Peter Keane abruptly announced his resignation after failing to get the four votes to put a complex and controversial reform measure on the June ballot.

Although Keane has not submitted a formal written resignation, if he does not return to the commission the panel will be down to four members, with all four votes required to move forward with the legislation.

And he told me today that he is done: “I resigned, I am out,” he said by email.

That, for the moment, moves the bill back to the Board of Supes.

Lee Hepner, an aide to Sup. Aaron Peskin, was at the Ethics Commission meeting Friday and asked the panel to consider holding a joint meeting with the supes to try to work out the final issues in this package.

If that happened, and both groups were able to agree, the reforms could take effect much more quickly; the current proposal wouldn’t become law until Jan. 2019.

The meeting was heated, with some commissioners clashing with Hepner and with the nonprofit representatives who attended.

A lot of nonprofits were unhappy with the original form of the bill, particularly the provisions that deal with “behested” contributions – donations made by individuals or corporations after a public official requested it.

The language in the original law would have required that anyone who gave money to a nonprofit at the behest of an elected official, and who ever had any political interests at City Hall (including testifying at a public hearing on an unrelated issue) to file a form with Ethics.

According to a group of nonprofits,

The broad definition of interested party will be impossible to track or enforce. It would apply to anybody who speaks at a hearing, calls or writes their legislator, participates in a public rally, or even signs a petition. It fails to draw a distinction between advocacy around a financial interest with personal gain versus the public expression of one’s opinions under the First Amendment. It would apply to people who speak only at a subcommittee hearing outside the public official’s presence, and speakers who exercise their right to testify anonymously.

Existing law, which was proposed by Sup. Aaron Peskin, requires filings from anyone who has a financial interest in a city decision. That would exempt someone who, for example, testifies in favor of Sanctuary City policies, or about a change in Muni routes.

The Ethics Commission staff recommended that the ordinance be changed to reflect essentially existing law – that a person would have to file a form only if they had a financial interest in the outcome of a decision that a city official could make.

prohibit parties with a financial interest in a land use matter pending before a City department from making a contribution to the Mayor, the City Attorney, a member of the Board of Supervisors, or a candidate for any of these offices.

The provision would have exempted nonprofits that get city funding and are working on land-use decisions that concerned housing, health-care, or social services for low-income residents.

The commission voted to accept all of the staff changes. Larry Bush, representing Friends of Ethics, proposed some further revisions; the law currently bans city contractors from donating to candidates, but doesn’t prevent them from “bundling” contributions by others. The commission, on the advice of Deputy City Attorney Andrew Shen, declined to accept the FOE changes.

The members did, however, agree to include a Peskin proposal for increased disclosure for superPAC donations. Since the greatest source of corruption in the city today is the “independent expenditure” committees Peskin’s proposal addresses, that may be the biggest and most important element of the ethics-reform law.

The key moment, though, was the vote on whether to proceed to put the measure on the June ballot. That would have bypassed the supes entirely. Keane argued that “We’re putting our faith in a legislative body … that is hyper-political now during the course of jockeying for mayor … with respect to several members of that board, not to all of them, that is total foolishness.”

The crazy thing is: Most people concerned about getting money out of local politics agree with about 90 percent of what’s in this ordinance. They disagree on a couple of provisions that impact nonprofits and the ability of nonprofit board members to serve on city commissions. Honestly, after watching local government for 30 years, I don’t think those controversial provisions are going to significantly transform integrity at City Hall. Nonprofits are not the main source of corruption in the city. The fight, frankly, is over the least important parts of the law.

So if the supes and the commission can come to terms on an anti-corruption measure that goes after superPACs, mandates more disclosure, increases limits on bundling and on contributions from for-profit developers (why the ethics staff wanted to water that down, I don’t know) without going after community-based nonprofits, the city will be better off.

If this goes on the ballot with a long list of progressives and nonprofit groups opposing it, the whole effort may fail.

The vote to put the measure on the June ballot, which would have set up a nasty fight, went down 3-2. Keane was joined by Quentin Kopp and Paul Renne; opposing the vote were Yvonne Lee and Daina Chiu. Four votes were needed.

The commissioners discussed the possibility that if the supes don’t act promptly on the reforms, the panel could take another vote before March 2, the deadline for submitting ballot measures. But without Keane – and with Renne out of town after Feb. 28 – that’s unlikely.

So if there is going to be substantial ethics reform this spring, it will have to come from the supes – no easy task, since elected officials tend to be wary of rules that make it harder for them to raise money.

Still, dark money has become a major issue in the mayor’s race.

Keane told me he’s sick of the whole thing:

I put in two years of work on that Ordinance. It addressed all of the corruption of San Francisco pay to play government. We did 13 months of hearings. We needed a Supermajority of 4 out of our 5 members to put it on the ballot. Quentin and Paul voted with me but the other two nixed it. I could not, with any sense of integrity stay on after that.

Which means he has pretty much ensured that his version isn’t going anywhere.