Two years ago, I stood outside John’s Grill at the Election Day Lunch and heard Alex Clemens read off the early exit-poll results, which showed Hillary Clinton heading for the White House.

Today, the mood was a lot more cautious. “We can only hope,” is what I kept hearing. 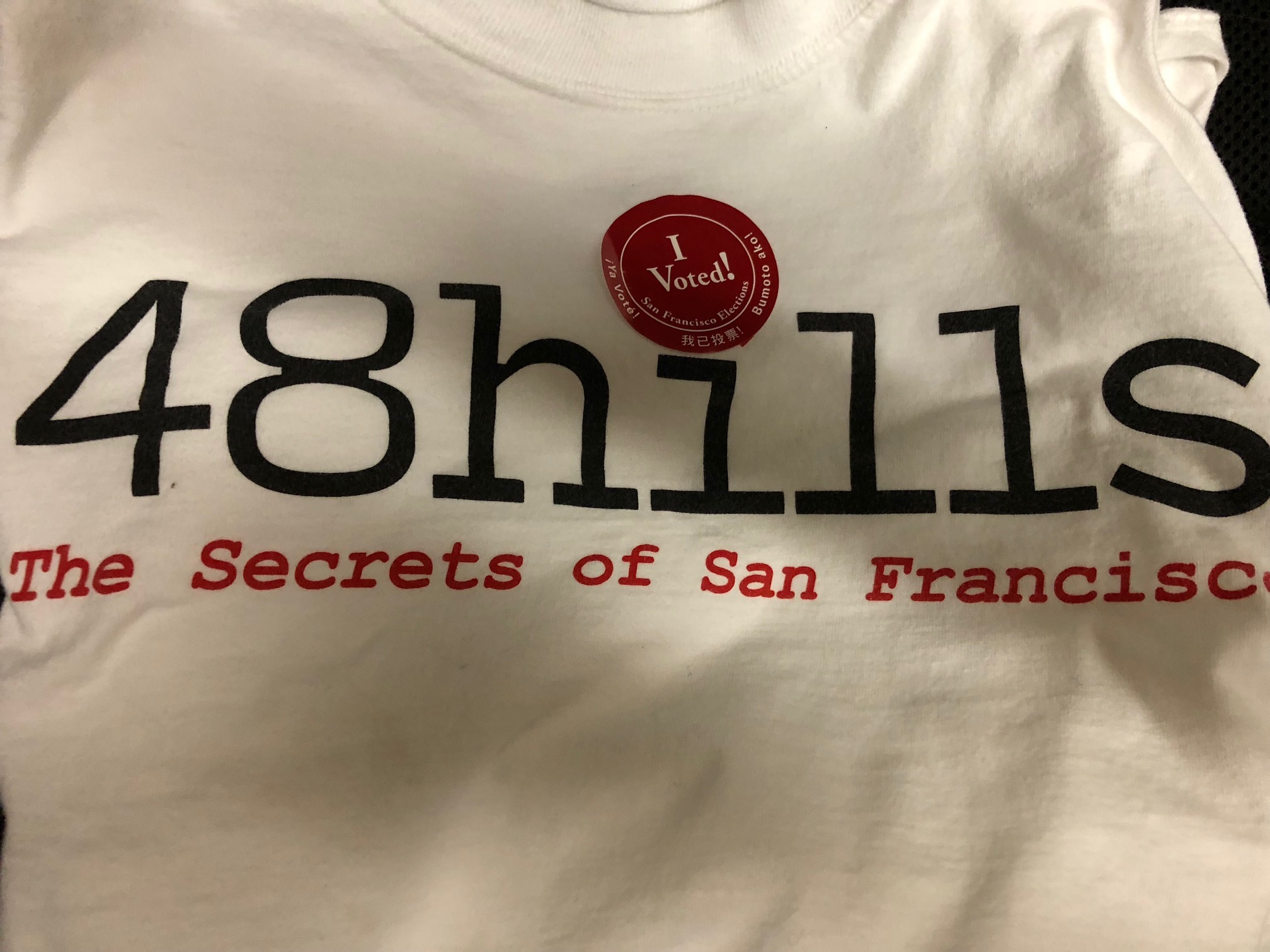 CNN and MSNBC are both reporting that exit polls show very low ratings for Trump and his key issues – immigration, trade, and the tax laws. A clear majority say that the country is going in the wrong direction.

But with so many House districts so carefully gerrymandered, it’s going to be close.

In San Francisco, by all accounts, we are looking at high-turnout, perhaps record high-turnout for a mid-term election. Reporter Joe Eskenazi of Mission Local texts that that 113,000 vote-by-mail ballots have already been received (in June, that number was 74,000); this afternoon and evening, the Department of Elections at City Hall was packed with voters.

At my polling place in Bernal Heights, turnout was strong all day, with a huge rush early in the morning.

We may not see presidential-election level turnout, but it will be very high for a mid-term – although the results of the congressional election in San Francisco is a done deal. Nancy Pelosi will be re-elected, and if the Democrats retake the house, she will again become speaker.

There are highly contested, big-money races in four of the supervisor districts, where control of the board (and the future of Mayor London Breed’s agenda) is at stake. Every campaign is investing in a field operation, working hard to get people to the polls.

The Yes on C campaign has a massive field operation that will bring voters to the polls; in fact, Yes on C may help progressives in district races by getting their voters engaged.

High turnout is typically good for progressives. But the massive, record, unheard of spending by Big Tech and Real Estate in Districts 4 and 6 puts that all up in the air.

If Matt Haney wins in 6, and Gordon Mar wins in 4, it will give the progressives a solid majority on the board – and will raise questions about whether millions of dollars of independent-expenditure attacks ads were effective at the district level. If Sonja Trauss or Christine Johnson winds in 6, and Jessica Ho wins in 4, Mayor Breed will have a board that will back her on most of what she wants to do (and the results will suggest that even with district elections, where retail politics has traditionally been more important than unlimited cash, big money can shift the outcome).

We will be posting local results as soon as we get them. The first numbers should be posted at sfelections.org around 8:45pm; those will be the vote-by-mail ballot that arrived before Election Day. In the past, these have been more conservative votes, but more and more people are voting VBM.