Our guide to Cinematheque's annual extravaganza of experimental films—this time around deeply personal and even nostalgic.

San Francisco Cinematheque’s annual experimental film festival CROSSROADS is celebrating its 10th year at the SFMOMA, Fri/7-Sun/9. With 62 ​works of film, video, and media performance by ​56 artists representing ​17 countries ​and territories, nearly 30 artists are anticipated to be in attendance.

For newcomers to experimental cinema, the immense multitude of “personal” films being presented, much less the sheer amount of filmmakers showcased, can be extremely overwhelming. So, I have put together a spoiler-free list of my favorite experiences from this upcoming weekend’s fest. (That is not to say that the other films are not important. This is a starter kit towards taking risks with experimental cinema.) Also showcased are memorial screenings dedicated to three remarkable legends within the experimental community that were lost this past year: Jonathan Schwartz, Carolee Schneemann, and Robert Todd.

**SPECiAL NOTE: Hands down, the must-see program of the festival is #7: “The End and the Beginning Were Always There” which screens on Sun. Jun 9 @ 12:30pm. Nearly every film (seven in seven) achieve some sort of stasis that left me sifting through my own being as well as wondering what others may be experiencing. All film mentions below list the program they screen in and what time. 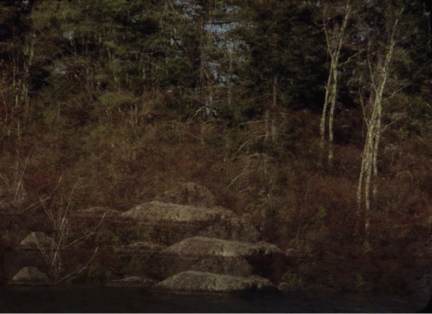 Jonathan Schwartz’s A Leaf is the Sea is a Theatre (Digital, 2018, US, 17 minutes)
This follow-up to my favorite film at last year’s CROSSROADS (The Crack Up) is a breathtaking meditation on endings inspired by Emily Dickinson and is especially fragile to experience being the Bay Area premiere and memorial screening of Schwartz’s final film. Plays in Program 7, Sunday, June 9 at 12:30pm. More info here. 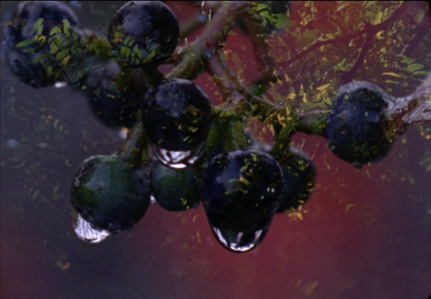 Robert Todd’s LightFall (Digital, 2016, US, 16 minutes)
This meditative piece is a calming “series of in-camera harmonies” that linger long after the film comes to an end. Bay Area premiere and memorial screening of Todd’s stunning film. Plays in Program 7, Sunday, June 9 at 12:30pm. More info here. 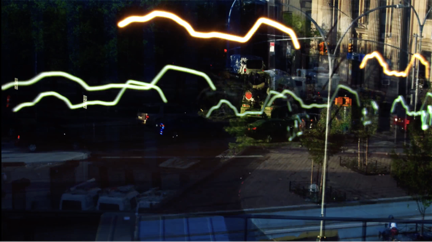 Dan Browne’s Lines of Force (Digital, 2018, Canada, 2 minutes)
As soon as this film ends, I wanted to watch it again. Flying through the streets, this two-minute adventure is absolutely mesmerizing. Plays in Program 7, Sunday, June 9 at 12:30pm. More info here. 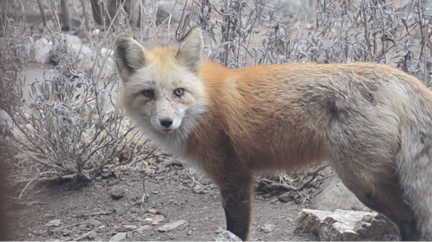 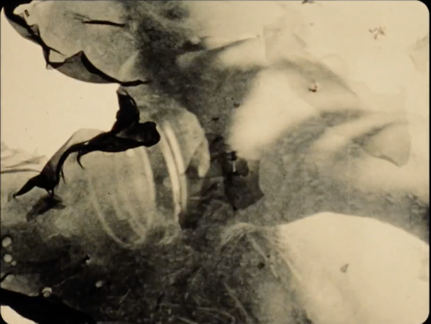 Charlotte Pryce’s Pwdre Ser: the rot of stars (Digital, 2018, UK/US, 7 minutes)
This poetic essay on the “weariness of habit” left me in a state of beguiled uneasiness that has been haunting me for days. Plays in Program 7, Sunday, June 9 at 12:30pm. Director IN PERSON! More info here. 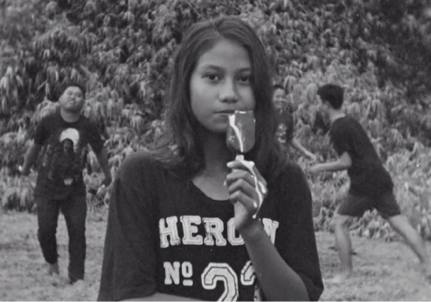 Pathompon Mont Tesperateep’s Song X (Digital, 2017, Thailand, 20 minutes)
Very much my most favorite film of the festival for both aesthetic and immensely personal reasons, this intimate 20-minute journey exploring “life after death” feels fully realized in a way that is reminiscent of the visions of Lucrecia Martel and Lav Diaz. Tesperateep’s camera floats through a forest I never want to leave while the stunning sound design brings “a-whole-nother” layer to the images of meandering kids. This will be on my year-end list. Do not miss this RARE chance to experience Song X on the big screen. Plays in Program 8, Sunday, June 9 at 2:45pm. More info here. 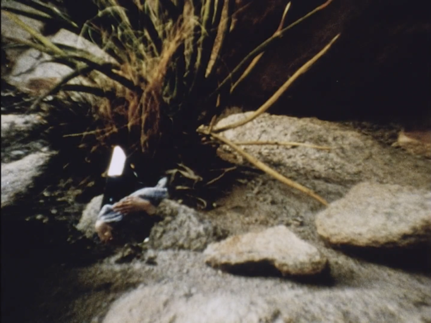 Cherlyn Hsing-hsin Liu’s How Old Are You? How Old Were You? (16mm, 2017, Taiwan/US, 16 minutes)
Grainy 16mm utilizing camera obscura techniques, this formalistically fractured film explores a dichotomy of one’s two selves and is one of two outrageous films by director Cherlyn Hsing-hsin Liu. Plays in Program 8, Sunday, June 9 at 2:45pm. Director IN PERSON! More info here. 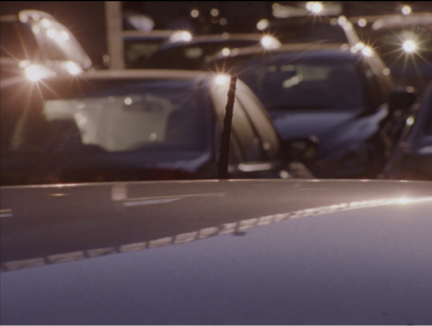 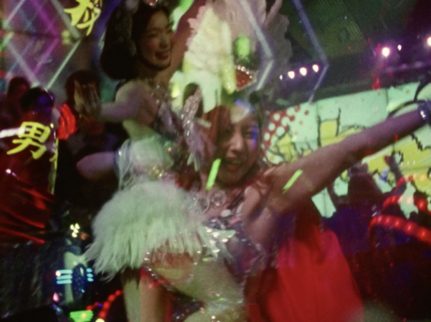 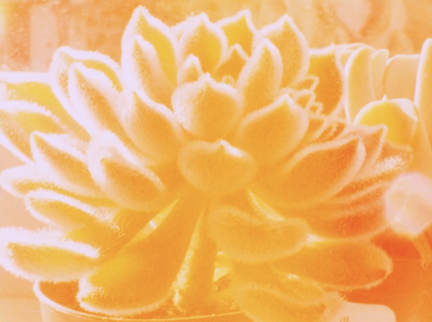 Eric Stewart’s Helios (16mm, 2018, US, 6 minutes)
Time-lapses of cacti and succulents over the course of a year… everlasting peacefulness. Plays in Program 9, Sunday, June 9 at 4:45pm. More info here. 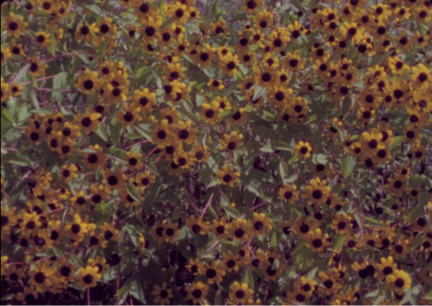 Ana Vaz’s Atomic Garden (Digital, 2018, Brazil, 8 minutes)
This frenetically flickering fantasy is best described by the filmmaker themselves, “a stroboscopic reflection on transmutation, survival and the resilience of myriad life forms in the face of toxicity.” Plays in Program 10, Sunday, June 9 at 7:00pm. More info here. 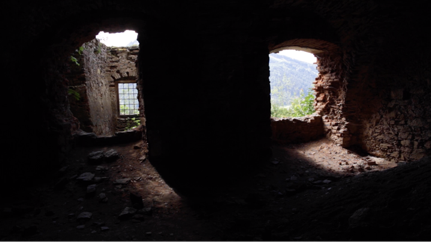 Ben Balcom’s The Sequence of Years (Digital, 2018, US, 9 minutes)
This nostalgic essay film, retraces our accumulated errors by way of hidden paths and isolated caverns and is actual medicine for melancholic minds. Plays in Program 10, Sunday, June 9 at 7:00pm. Director IN PERSON! More info here. 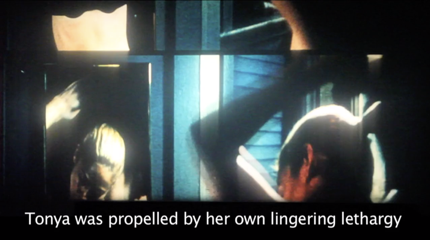 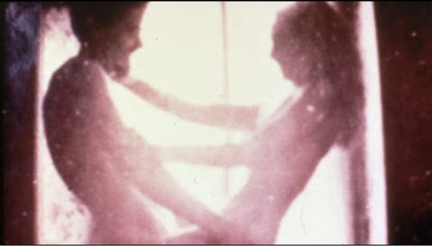 Carolee Schneemann’s Plumb Line (16mm, 1968-71, US, 18 minutes)
Perhaps one of the rawest expressions of a relationship on celluloid, all I can say is, prepare yourself. Edited from scrap diary footage shot in 8mm, hand printed, manipulated and even burned into 16mm, Schneemann’s devastating odyssey into the guttural loss of love will change you forever.  Do not miss this RARE 16mm screening. Plays in Program 4, Saturday, June 8 at 3:15pm. More info here. 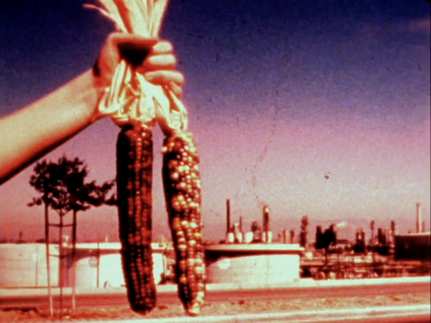 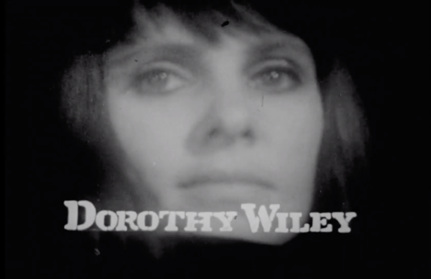 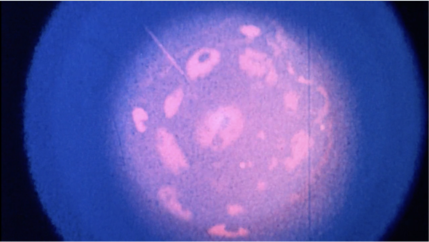 Esther Urlus’ you are not alone (16mm, 2017, Netherlands, 69 seconds)
Patiently perusing through an entire program for the pinnacle, 69-second 16mm piece is a true testament to any filmgoer. This beautifully homemade collaborative project of Filmwerkplaats is loosely based on the sound on film experiments of Prof. Joseph Tykociner in 1921 and the golden record sent to outer space on a Voyager spacecraft in 1977. Plays in Program 5, Saturday, June 8 at 5:15pm.
_________________________________

Jesse Hawthorne Ficks teaches 12 film history courses and is the Film History Coordinator at the Academy of Art University. He also curates/hosts the www.MiDNiTESFORMANiACS.com film series, is a member of the San Francisco Film Critics Circle, and writes film festival reviews for 48hills.

In fact, it's a humanist society under brutal attack by the United States.
Food & Drink

Thanks to Sen. Wiener and our own delegation, San Francisco may be in serious trouble in four years—and it won't be the city's fault.