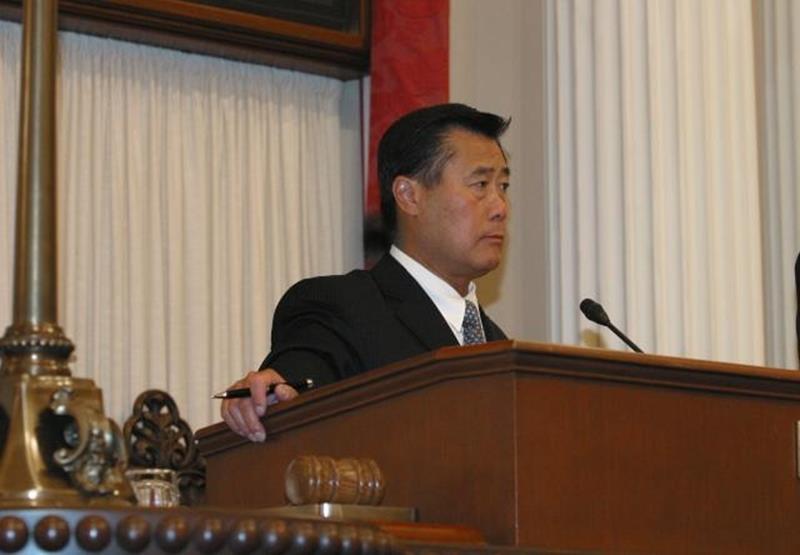 MARCH 26, 2014 — The astonishing arrest of State Sen. Leland Yee on charges that include not just campaign-money corruption but conspiring to deal illegal weapons shakes up local politics – and could have a major impact in Sacramento. Not just because Yee almost certainly has to step down and end his run for secretary of state, but because the Republicans are going to try to use this to damage the Democratic Party and the potential for Democrats once again getting a supermajority in the Legislature.

You’re innocent until proven guilty in America – unless you’re a politician who is caught up in a scandal that can hurt not just you but your colleagues. And while Yee will have his day in court, if even ten percent of what appear to be carefully documented allegations are true, he’s in serious trouble.

Already, Democrats in Sacramento are distancing themselves from Yee – and given how bad some senators looked when they initially supported two other members who faced criminal charges, there really wasn’t much choice. Senate President Pro Tem Darrell Steinberg said today that if Yee doesn’t step down, he (along with Ron Calderon and Rod Wright) will be officially suspended Friday.

His campaign for secretary of state is over. His political career is finished. His only hope of avoiding serious jail time is to cooperate with prosecutors – and that may mean naming even more people.

The indictment affidavit, a 137-page statement signed by FBI Special Agent Emmanuel V. Pascua, charges that Yee was involved not only in bribery—that is, taking campaign money (in some cases, envelopes of cash) in exchange for political favors – but also in a bizarre scheme to buy weapons, including rocket launchers, from a source in the Phillipines. (Sfgate has posted the entire file here.)

The sting involved undercover agents, one of whom was embedded in the Chee Kung Tong organization, a 165-year-old Chinese secret society sometimes known as the Chinese Free Masons. The CKT has been suspected of illegal activities for years; in 2006, the Dragonhead, Allen Leung, was murdered. Raymond (“Shrimp Boy”) Chow, the current leader, has served time in prison for weapons violations, but claimed he was living as a law-abiding person.

The undercover operative was clearly wearing a wire and had taps on the phones of a lot of people – based on the affidavit, which cites specific quotes, the feds were bugging the phones of Keith Jackson, a former SF School Board member, and possibly Yee.

Chow, the FBI alleges, was heavily involved in money laundering and other crimes. Jackson, who is a political consultant who worked to raise money for Yee’s campaigns, started to work with Chow, and much of the indictment deals with the (relatively) mundane crime of pay-for-play politics.

Over and over, the feds charge, Yee took money from undercover agents in exchange for specific favors. His obsession with raising cash to pay off the debts from his failed mayoral run and his campaign for secretary of state led to Yee and Jackson taking cash (illegal), encouraging contribution bundling (illegal) and promising a quid pro quo to donors (illegal).

But the charges go well beyond that. Yee, who has earned the ire of the gun lobby for his efforts at gun-control legislation, was allegedly involved in a scheme to buy $2 million worth of rocket launchers and automatic weapons through a connection in the Philippines. The undercover agent offered to pay Yee and Jackson “hundreds of thousands of dollars” if Yee would connect him to the arms dealer.

That’s going to make the National Rifle Association very, very happy: The notion that a gun-control advocate was secretly conspiring to buy automatic weapons will allow the pro-gun forces to portray Democrats and activists as hypocrites, and the gun-running charges will be repeated for months to come on right-wing media. You can almost hear Rush Limbaugh drooling.

Jackson was also implicated in a murder-for-hire plot, and he and his son, Brandon Jackson, are tied to a long list of crimes.

Pretty much every one of the defendants could be spending the rest of his life behind bars.

Chow, who was wearing an ankle bracelet as part of his parole, was held without bail, as were most of the other suspects, who are considered to have links to organized crime. Yee has been released on $500,000 unsecured bond. He left the courthouse without making a statement to the throngs of reporters on the scene.

The federal courtroom was packed this afternoon, as Federal Magistrate Nathanael Cousins brought 19 of the defendants before him and made sure each of them understood the charges. Both Cousins’ main courtroom and an overflow room were filled to capacity. Yee declined to enter a plea, and the case will now formally go to a federal grand jury.

Among the pressing questions: Will Yee, 65, seek to reduce his sentence by cooperating with the FBI – and if so, who else might he name or inform on? How deep does this go? Are there other prominent San Franciscans who could be fingered?

If Yee was, indeed, shaking down undercover feds and promising them favors for campaign cash, who else was he soliciting, and what did he offer? Is there a deeper campaign-contribution scandal here? How many of the people who gave money to his previous campaigns were promised special deals, treatment, or favorable legislation?

Everyone knows that the current campaign-finance system is broken, and encourages corruption. Yee would hardly be the only politician to privately offer special treatment to big donors, and certainly not the first to use dubious methods to collect money. In fact, some San Francisco politicians have become experts as pay-to-play politics – and if nothing else, this very public legal mess might send a message that the feds are willing to do what the local district attorney, law-enforcement, and ethics agencies have treated with a wink and a nod.

If the FBI was tapping Yee’s phone, what other politicians are on the list?

The charges against Yee will empower Rose Pak, an ally of Mayor Ed Lee and Chinatown powerbroker who has long despised Yee and insisted that he couldn’t be trusted. Pak, along with Willie Brown, encouraged Mayor Ed Lee to go back on his promise to be a caretaker and seek a full term in part, she told me and others, because of the fear the Yee could get elected mayor. It’s likely she’s telling a lot of people tonight that she told them so.

Lee was modest in his comments, saying that Yee had been a devoted public servant and that the news saddened him.

Yee was never popular among the many nonprofits and community-based organizations in Chinatown, and his Asian base was more in the Richmond and Sunset. His connections with Chow’s operation were news to me – and to other local political observers.

Yee was termed out at the end of 2014, and his state Senate seat has been reapportioned out of existence. He was, as one person told me today, “a political loner,” someone with few close friends or allies in the local scene. I watched him over the years take strange and inexplicable positions on legislation; he was never a pro-tenant vote and as a supervisor was independent of the Willie Brown operation, but generally a fiscal conservative.

I feel sorry for Yee’s family and for the people who have worked with him and trusted him over the years. He has kids; the notion that their dad has gone from prominent and powerful political leader to alleged criminal in one day has to be disturbing, and I wish them the best.

The feds have wrongly charged plenty of people, and Yee has the right to mount a defense. But I don’t see this going to trial; he’s going to take a plea bargain. The only question is what else comes out in the next few weeks, how the Democrats in Sacramento are going to respond, how badly the reputation of the Legislature is damaged – and whether a city that has allowed several generations of politicians to get away with a climate of corruption will finally get the message. 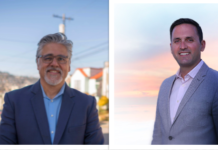