Why is there no housing for Google and Apple workers on the Peninsula? 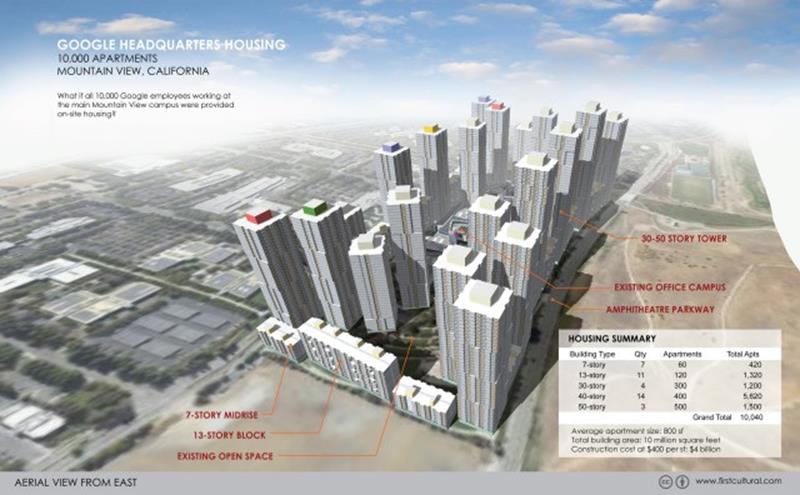 Why is it wrong for Google workers to live near where they work? (Hint: The suburbs don’t want them)

It’s time for our daily dose of Why San Francisco Housing Prices Are So High And It Isn’t The Fault of Tech Money.

Every writer who wants to misunderstand the issue of housing in the city has weighed in on this, and Gizmodo’s Allisa Walker has taken her turn, too. The thesis is always pretty much the same: If only, only the city had built enough highrise housing, there would be room for everyone and the rents would go down. It’s the fault of people who oppose big buildings:

Here lies the true conflict about what’s happening in San Francisco: The city is not being ruined because tech workers are moving to the city. The city is in trouble because San Francisco does not want to build the housing that could sustain both the new, well-paid residents and the other residents like firefighters, teachers and police officers who need homes in the city, as well. … San Francisco’s phobia of tall buildings is not only stunting its economic growth, it’s poised to completely ruin its dense, environmentally sustainable urban culture. If residents don’t act fast, there won’t be much left to protect.

Of course, since it costs more than $500,000 to build a single unit of new housing in the city today, and the average San Francisco public school teacher makes about $65,000 a year, it’s hard to see how more highrise condos are going to make the city affordable. And history suggests that this city can’t just build its way out of the crisis. In fact, the same people who are demanding that we allow more dense market-rate housing now were pushing for decades to create more jobs in the city by building office towers, with no provision for where the new workers were going to live. (In the suburbs; that was the plan.)

But what Walker does point out (although it clearly wasn’t her intent) is very valuable. If the communities hosting just two companies, Google and Apple, built enough housing for their workers – near where the company headquarters is situated – the housing crisis would go away. (more after the jump) 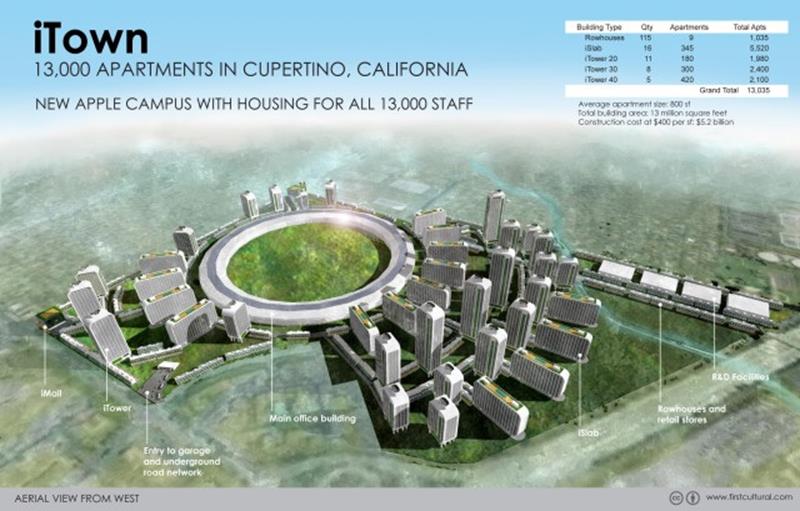 If you are approving a massive new office complex, why not accept dense housing?

Instead, the Peninsula communities keep approving giant new amounts of office space then refuse to build much of any housing at all.

When Mountain View and Cupertino approve massive office complexes for tech firms, they are saying, in essence, that somebody else – read: San Francisco – has to provide all the housing. Oh, and we’ll be all environmental by hiring luxury buses to bring the workers from the bedroom community of SF to their workplace in what once was the suburban (bedroom) community of Cupertino or Mountain View.

It’s funny how this works. From the 1950s to the 1990s, city and regional planners operated on the notion that San Francisco would be a business hub, with highrise offices, and the workers would live in the burbs and come to work on the freeways and later, on BART. Now, the planners on the Peninsula assume that the workers will live in San Francisco (and the mayor who wants to “create jobs” in the city assumes the same thing) and nobody ever thinks about what that will do to the people who already live here.

The Plan Bay Area housing allocations all assume that San Francisco will take a huge brunt of the housing needs for a labor force on the Peninsula. That makes as much sense as the dumb idea in the 1960s that everyone would work in SF and live in the suburbs (which, by the way, now are unwilling to accept any residential density, but are happy to get the tax revenue for office density.)

You wonder if anyone in the Bay Area planning world has a clue to what’s going on.