A personal appreciation of the bloodiest genre of all. Plus a super-scary stalker top 10!

SCREEN GRABS My mother told me that as a child I was not allowed to talk about my Halloween costume until October 1. I understood that my “passion” towards these outfits was perhaps a bit overwhelming to others, so I began immersing myself in horror movies, hoping to find the fantastically gory visions that filled my maniacal heart and soul. I now can only imagine what my elementary school classmates (and teachers) must have thought.

Upon returning from a trip to Massachusettes in 1985, my mother presented me with a recorded VHS copy of Wes Craven’s Nightmare on Elm Street. I have often spoken about this revelatory experience, of being exposed to the grisly madness of Fred Krueger, at the ripe old age of nine. (30 years ago!) Yet, what is often left out of my infamous tale is how every Halloween that followed, all I suddenly wanted to be… was Freddy!

That is not because I related to Freddy emotionally; rather at a very young age, I understood that Freddy wasn’t real. And if you removed him altogether from the series of Nightmare films, these were actually tales of struggling suburban adolescents. In fact, I still find myself motivated by Nancy (Heather Langenkamp), the ultimate “Dream Warrior.”

Deep topics are showcased in all three Elm Street entries that were written and/or directed by Wes Craven, who died in August. A Nightmare on Elm Street (1984) had Nancy battling not just her peer’s immorality in regards to sex and school, but her parents’ alcoholism and workaholism. In A Nightmare on Elm Street 3: Dream Warriors (1987), the subtext is fleshed out, placing a new batch of troubled teens in an actual mental institution and tackling subjects such as suicidal tendencies, hard-drug addiction, and bullying. These are directly related to a primeval “darkness” that is masterfully uncovered in the seventh chapter, New Nightmare (1994). In fact, each generation of parents seem just as responsible for Mr. Krueger’s crimes as the maniac himself.

Permit me to take you back to one of my fondest childhood Halloweens that included my best friend, Grayson. We had started trick-or-treating in the late afternoon twilight, hoping to fully fill our over-sized pillowcases by the 10pm cutoff. My tradition of dressing up as Freddy Krueger had become more and more detailed over the years, complete with meticulously applied latex dripping with blood and tissue. Grayson decided to dress up as one of Freddy’s female “victims” and we hit the Salt Lake City streets. As the hours slipped by, our bags began to overflow with bite-size candy bars, homemade Rice Krispies treats, and even an opened box of Fiddle-Faddle from an elderly couple; who had forgotten to go shopping earlier that day.

As we turned onto a dark and troubling 27th South, two older kids jumped out at us, and one aggressively grabbed my bag of candy. Unfortunately for him, he grabbed the top of the pillowcase, leaving me holding the end with all the sweets. Unbeknownst to me, Grayson was slowly edging toward us, with one hand tucked inside his purse, while the other older kid just stood there shouting. This coming-of-age standoff felt like an eternity. While these two candy snatchers couldn’t have been more than a few years older than us, it felt clear that they could not only easily steal my whole night’s work, but also physically harm me if need be. But Grayson stood his ground, dressed in a giant pink hat, dangly earrings, round brown wig, light-blue V-neck blouse, flower dress and transparent pantyhose.

At this point, both juveniles were shouting at me to just “give ‘em the bag” and yet they seemed focused (as was I) on what Grayson was holding in his purse. He never wavered, which is why I think they decided not to uncover his surprise and finally took off running. I stood in shock with my candy bag and my Freddy glove and… my best friend. Only after Grayson was sure they had disappeared into the Halloween night did he turn to me and pull out a giant 10” Rambo knife. My memories of our shrieks of relief and unstoppable laughter as we walked home that evening will be with me forever.

Grayson drowned at the age of 19; most of my childhood did as well. The books of Stephen King and Clive Barker, along with filmmakers like John Carpenter, David Cronenberg, and George Romero (still) help me hold onto what is left of my youthful years. As I said before, I see Wes Craven’s films as allegories for the difficulties of surviving your teenage years.

This dates back to his two most mean-spirited, 1970s exploitative classics: The Last House on the Left (1972), which is based on Ingmar Bergman’s gothic horror film Hour of the Wolf (1968) and, what many would consider his greatest film, The Hills Have Eyes (1977). But even lesser known Craven gems like Deadly Friend (1986) explored the subject of child abuse while The People Under the Stairs (1991) gave a voice to the gentrification of black neighborhoods by way of a 12-year-old boy named Fool (Brandon Adams).

In the 1990s, Craven’s whole traumatized teen theme came full circle with the remarkably intelligent Scream entries. Preceding Columbine by just a few years, Kevin Williamson’s adulating scripts (Parts 1, 2 and 4) and Craven’s tender-touch towards his teen victims, not only need to be differentiated from the Scary Movie parody franchise, but re-evaluated as some of the best horror films in the genre.

Most days, I ponder if horror creators know that their modern folklore fables are as helpful for ostracized children finding their place in the world as John Hughes’ or Steven Spielberg’s films?

If you are able to come out to the Castro Theatre on Friday, October 30th for “A Genuine Tribute to Wes Craven R.I.P.,” MiDNiTES FOR MANiACS will be paying homage to an artist that changed more than my own life. Original 35mm screenings include 7:20pm Scream (1996) and Wes Craven’s New Nightmare (1994), followed by the Maestro of Murder’s career-spanning 35mm trailer reel.

For those of you who are unable to attend the above event but who are looking for some more movies “in the same vein,” here’s a top 10 list (not to rank which is best) but to explore lesser celebrated Stalker gems from 1980-1982. Most of these were inspired by the almighty classics, John Carpenter’s Halloween (1978) and Sean Cunningham’s Friday the 13th (1980). These films are not only products of their 1981 time, many deserve a long-awaited reappraisal.

Jesse Hawthorne Ficks is the Film History Coordinator at the Academy of Art University in San Francisco and curates/hosts the MiDNiTES FOR MANiACS series at the Castro Movie Theatre. The series emphasizes 16mm and 35mm prints around North America exploring underrated & overlooked cinema in a neo-sincere manner. 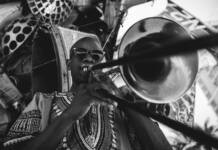