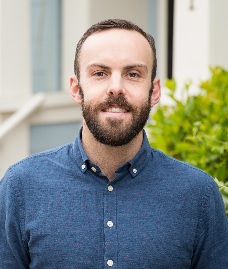 I'm taking the blue pill, and you should too.

JANUARY 8, 2016 — If you aren’t a gay man, and perhaps even if you are, you may not be familiar with PrEP. Here’s to hoping that in 2016 everyone will get familiar and get themselves onto the most important advance in the prevention of HIV we’ve seen in generations. 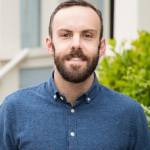 In a nutshell, PrEP (aka Truvada) is a moderately sized blue pill that when taken daily is 99% effective in stopping the transmission of HIV. Let me crack open that nutshell: there’s a pill that makes it nearly impossible to get HIV.

If you’re saying “Jesus Christ why isn’t everyone with any sort of risk for contracting HIV taking this pill” then we’re saying the same thing.

This is what I said when, late last year after coming out of a long-term monogamous relationship, I decided to ask my doctor to write me a prescription. If you didn’t know better you’d think that any doctor would jump at the chance to prescribe PrEP to a sexually active gay man, right?

Unfortunately, so many of my friends have had downright awful (ie: sex shaming, completely misinformed, etc.) interactions with their doctors when trying to get on PrEP that I braced for the worst.

Lucky for me I have good insurance (thanks Obamacare!), which provided me access to a fairly knowledgeable primary care physician in the Castro, where there’s a bit more information about PrEP.  After a brief lecture on condom use and a rundown of the very rare side effects, I was given an order for some lab tests and told I could pick up my prescription at the Walgreens a block from my house in a few hours. Upon picking it up, I was also told I could access a special copay assistance program through the drug’s manufacturer that reduced my out of pocket cost for PrEP to a whopping $0.

Now, I’d like to take a breath and acknowledge the incredible privilege that comes with being an insured, white, cisgender, gay man with experience navigating our healthcare system. So many people, particularly trans folks, people of color, cisgender women, poor people and drug users do not have many of these privileges and their barriers to accessing this potentially life-changing drug are far far higher than mine.

PrEP, like most HIV interventions, is marketed largely to white cisgender gay men like me with other affected communities often forgotten. For example, an estimated 40% of trans women in SF are living with HIV, yet there has been an alarming lack of outreach to get them on PrEP.

Fortunately, thanks to Supervisor David Campos, San Franciscans have lots of resources, in the form of PrEP navigators, to help them identify where and how they can get on PrEP.

So why isn’t everyone in San Francisco and beyond on PrEP? Well, for one, because big “nonprofit” HIV organizations like the AIDS Healthcare Foundation are led by assholes who don’t promote the use of a drug that even the CDC says everyone who is at high risk for HIV should be on. There’s also a seemingly unending amount of misinformation about PrEP, an alarming lack of awareness about PrEP and of course societal stigma that people taking PrEP are reckless sluts, which is super crazy because what is more responsible than taking a prescription drug to protect you and your partners?

That’s why I’m demanding that everyone I know who is on PrEP start talking about it. We should be shouting “GET ON PREP!” from the mountaintops. Tell every friend about PrEP. Tell every hookup about PrEP. For fucks sake tell you grandma – I told mine over Christmas as both of us were taking our daily pills. It’s easy to do. Here it is:

I’m Tom Temprano, I’m on PrEP and you need to be too.

[To get more information about PrEP you can visit PrEP Facts by SF AIDS Foundation. To find services to help you access PrEP in San Francisco visit San Francisco City Clinic’s website.]

2016 is here and there is lots of change afoot. From a President who is finally flipping a big middle finger to the NRA/Republicans/gun violence cheerleaders by issuing an executive order to enact some ludicrously basic common sense gun control to our own City Hall where our Ethics Commissioners are pushing back on a hitherto unchallenged Mayor by saying ‘no thanks’ to proposed budget cuts.

As difficult as it is to predict the tenor of a coming year based on its first week I’ve seen enough reasons for optimism in these seven days to have some pretty high expectations for the 358 left to come.

I can’t get enough of the Alamo Drafthouse on Mission Street. Seriously. I’ve been eagerly anticipating this new movie theatre stocked full of good food and good drinks opening a ten minute walk away from my apartment forever. Then I heard about them rescuing Le Video’s collection, working with the Roxie Theatre, etc and I was even more excited.

The day after Christmas I finally got the chance to check out my new neighbor as I caught the late showing of Star Wars. After being served three delicious pizzas and a couple tasty/strong cocktails at my seat I could safely say that the only thing I liked more than the new Star Wars was the new Alamo Drafthouse. I’m probably never going to see a movie anywhere else again ever.

Plus: Why we should all enroll at City College
Read more
News + Politics

I'm taking the blue pill, and you should too.
Read more
Sponsored link

The Agenda: Protecting tenants from predatory ADUs, where will people tossed of our SIP hotels go, and the start of local redistricting.
Culture

Get a free Bay Guardian vintage logo tee at our Oct. 20 Fall Fling!

Celebrate 8 years of independent media (and look cool doing it) at our El Rio patio party.