The Chron’s C.W. Nevius again gets the housing market all wrong

By Calvin Welch
September 21, 2016
Share on FacebookShare on TwitterShare on LinkedInShare on RedditShare on Email

The Chron’s C.W. Nevius announced last week for all the honest world to see that the law of supply and demand is alive and well in San Francisco and that one needs only to look to the South of Market to see its reality.

Nevius, who believes that the sit-lie law solved homelessness, that Scott Wiener was the “smart money” winner in June, and that San Francisco is a center-right voting town that somehow elects progressives, asserts that:

This SPUR talking point passing for reporting is based upon his rigorous economic analysis, which consisted of three conversations: one with a person “shopping the market”, and two realtors from one company.

To be fair, he did mention that “real estate blog Zumper” reported that the southeast section of the city had “the highest rents in the city” based upon the tracking of hundreds of units of actual rents, but this mere fact did not keep him from his appointed rounds of announcing, by neighborhood, that where supply was constrained rents are high, where supply was added, rents are low, except where they are not.

Let’s take a look at what Zumper reported for August that C.W. mentioned but then dismissed. 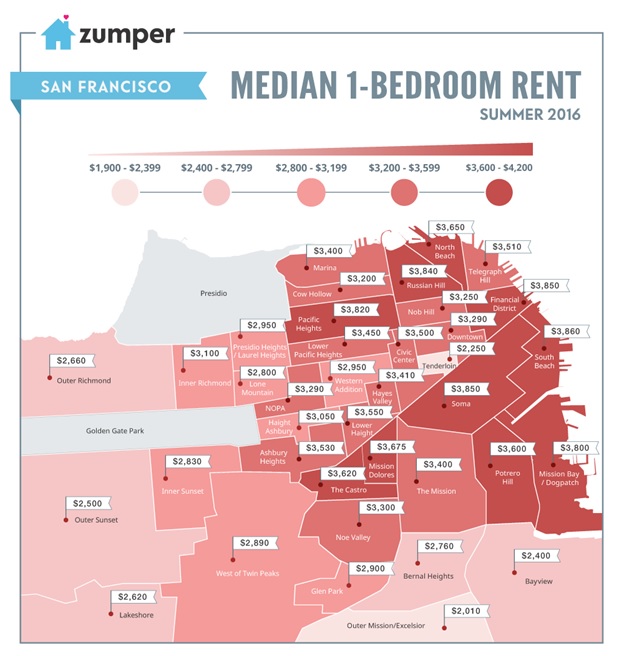 Soma, at $3,850 median for a one-bedroom rent, was the tied with the Financial District for the second most expensive area to rent, second to South Beach, which had even more new construction of market rate housing than Soma.

Which neighborhoods have the lowest rents according to Zumper? Excelsior, Sunset, Pacific Heights, Inner Sunset, Bayview, Outer Richmond — that is neighborhoods which have had the least new development of market rate housing.

So it would seem that the actual facts are that that more market-rate development that occurs in a neighborhood the higher the rents are.

Looks to me that the facts show the “law of supply and demand,” at least as explained by Nevius, still don’t apply here.

Back to you, Chuck.

It's all about governmental deregulation and public subsidy of private profit -- while ignoring the manifest needs of everyday people.
Read more
COVID

SF has allowed developers to build housing and offices for more and more people -- without paying for the infrastructure that we need to take care of them.
Read more
Housing

Affordable housing is a great bargain for SF

The New York Times (along with many others) completely misses the reality of the housing market in this city.
Read more
Sponsored link

The inaccurate reporting and social media just continues, as most of the major local media stands by or goes along.
News + Politics

Show up at noon at the flag. It will be worth your time.
Labor

Simmering clash between the mayor and the supes breaks into the open after Breed attacks the board for asking tough questions of her department heads.