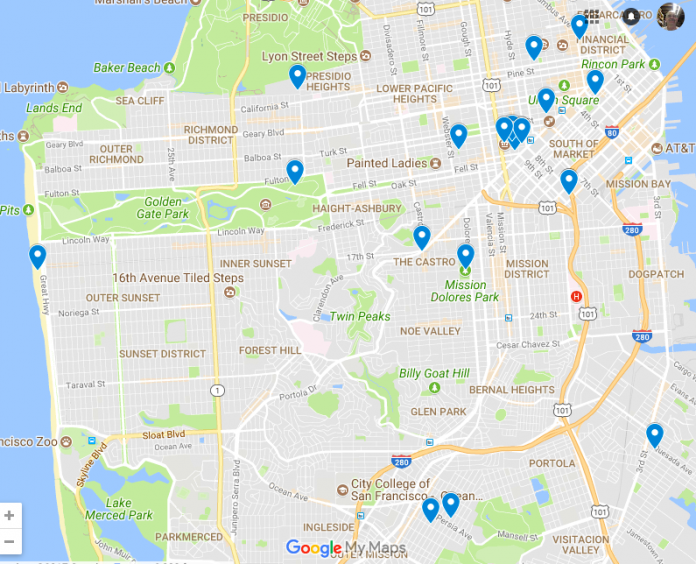 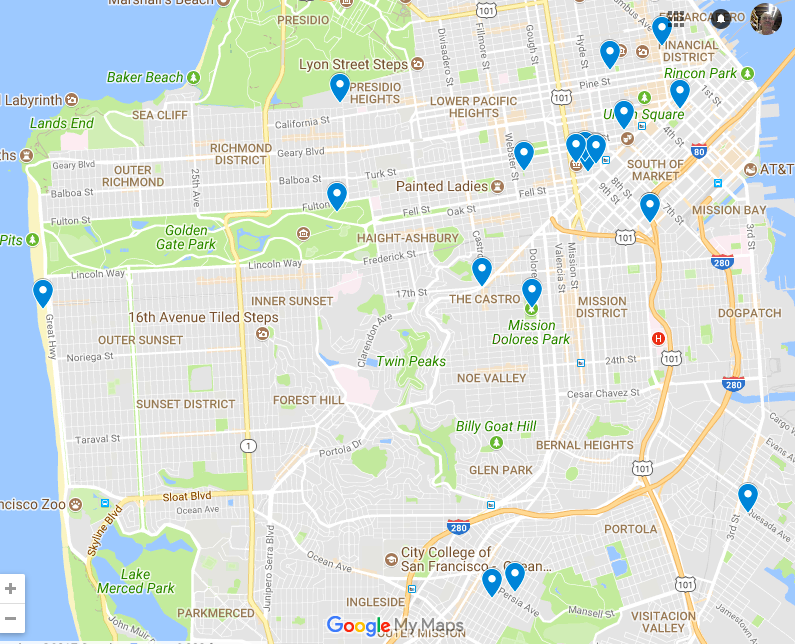 ‘Ignoring hate does not make it go away’

It now appears that the National Park Service will not block the white supremacist rally Saturday, and the event will go forward at Crissy Field at 2pm.

There will be counter protests all over town, starting Friday. There’s a map of all the events here.

A labor group led by the ILWU will March Against Hate to Crissy Field, starting at Marina Green at 10am. Details here.

There’s a March for Equality at Harvey Milk Plaza at noon.

Cleve Jones, the longtime LGBT activist, has set up a site to raise money  for local groups that oppose white supremacy and are doing important work in the community; it’s modeled after a town in Germany that used Nazi rallies to raise money for groups devoted to the downfall of the Nazi cause.

You can find his page here. “When all the dust is cleared and this is over,” Jones told me, “I want to be able to say that the white supremacists came to San Francisco and raised a lot of money to oppose their agenda.”

Not everybody can or should go to Crissy Field to directly confront the soldiers of the far right wing.

But as Alicia Garza told us, multiple tactics are a good thing, and a coordinated response that takes place all over the city, with different types of events, is the best way for the city to make the white supremacists feel unwelcome and to counter their messages of hate.

The idea that violence is coming from these folks is not just a theory. Garza posted on Facebook today a set of threats she’s received on Twitter: 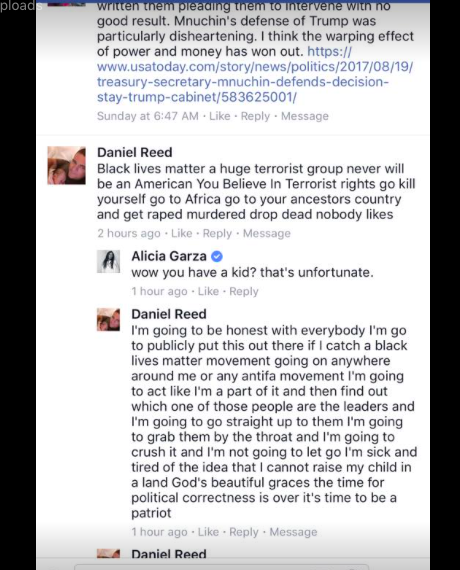 So this is very real. Please be careful out there. There are tips for attending the Crissy Field event here.

The National Park Service has vowed to fence off all access to Crissy Field except through the Marina Green entrance, where all visitors will be screened for weapons. Not sure how that will work; it’s a big area, and will be hard to control.

Every police officer in the city will be on duty, and a lot of them will be on overtime. This is going to be expensive, and while Mayor Ed Lee says he will send the bill to the federal government, that’s not exactly how these things work.

Garza was on Your Call this morning, and she and Shannon Bolt noted that that the city is spending a lot of money to protect the white supremacists’ right to free speech. The organizers of the event are not, as far as I can tell, being told to reimburse the city.

At least, I hope the white supremacists and their armed “security” crew get the message and leave their guns behind.

Garza also noted that “ignoring hate does not make it go away. The point of white supremacists coming here is to put on display their ideology of hate and say they can do it in one of the most progressive areas in the country.”

We will be reporting from Crissy Field and the other rallies, live on Twitter and on Facebook as well as at 48hills.org.