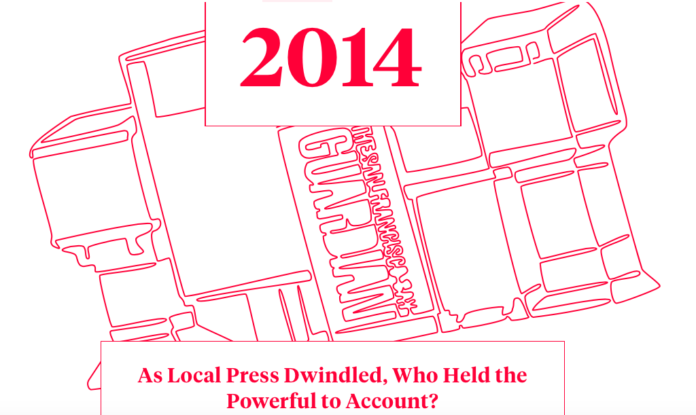 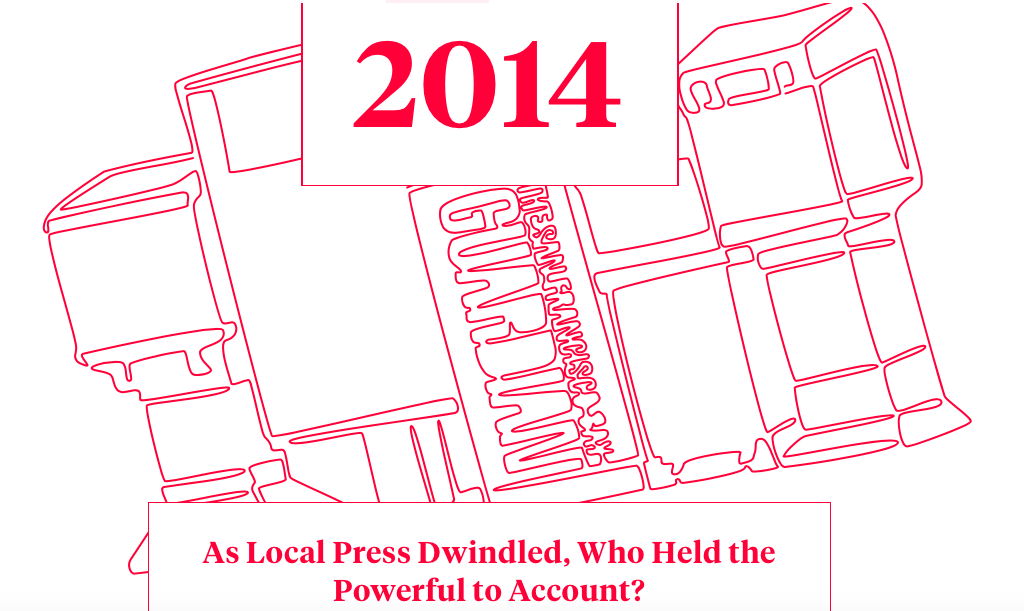 Reporting package looks back at the most impactful events of the past 10 years, highlighting the Bay Guardian and 48 Hills.

KQED released a beautifully designed, memory-triggering package yesterday called “Our Turbulent Decade.” It’s an in-depth, year-by-year look some of the most impactful events and trends in the Bay Area, from the Giants winning the World Series and initiating a cascade of local team wins (2010) to local artists’ flight in the face of astronomical rents (2013), the Ghost Ship Fire (2016), the Frisco 5 hunger strike (2015), and “the year climate change came to our doorstep” with the devastating North Bay fires (2017).

Visual Arts Editor Sarah Hotchkiss really nails it with her piece about 2014, which tells the story of the Bay Guardian’s closure and the founding of 48 Hills. Entitled “As Local Press Dwindled, Who Held the Powerful to Account?” it relates the painful details of how the staff of the Bay Guardian was tossed out on the street by SF Media Company, right after publishing our 2014 Best of the Bay issue—one of our most successful issues ever, artistically and financially, and running almost 150 pages.

Hotchkiss draws some great parallels about how the Guardian’s closure was emblematic of the dwindling alternative local press and independent outlets. (The influx of online chains like SFist and Curbed, and the Chronicle’s further descent into corporate tech money cheerleaderdom played a big role in the blanding of the press atmosphere, too).

Great things can bring from setbacks, however. As Hotchkiss writes, 48 Hills was founded when editor Tim Redmond, who had been fired from the Guardian a year before our expulsion, took to the web to continue his indepth reporting and commentary. I soon come on as publisher and arts editor, and for six years 48 Hills has continued the Bay Guardian tradition of holding those in power to account. We’re so happy to be joined in this mission by other nonprofit and alternative news sources like Mission Local, Berkeleyside, El Tecolote, and Broke-Ass Stuart. And the Bay Guardian still survives online, both as an active website and in archives that we are in the fifth year of digitizing.

WE CAN’T DO THIS WITHOUT YOUR SUPPORT. We are a two-person operation with outside jobs, working to keep 48 Hills afloat and fairly pay a diverse array of real, local writers—not software robots. We would love to hire more reporters. We receive dozens of emails a day suggesting and requesting coverage of issues and events we truly wish to delve deeper into. You, our community, have been such a vital source of our success and longevity. Please donate to our mission today! If we can get just 100 readers to sign up for $10-per-month sustained donations, we can increase our content by more than a third in 2020—supporting local arts and culture and holding the powerful’s feet to the flames!

Thank you, KQED for telling our story and recognizing our hard work! And thank you to the community for supporting us.