Standing Rock Sioux Tribal member JoBeth Brownotter still hears the screams from the front line where she was tear-gassed and sprayed with cold water in freezing temperatures. “I am getting sick. Hypothermia is no joke. My lungs and ribs hurt from coughing and I’m wheezing like crazy,” she told me over messenger. “Despite all that I am going through, I will continue to stand tall in prayer.”

On Sunday, November 20,  Brownotter took part in her third action against the $3.8 billion Dakota Access pipeline, which would transport 570,000 barrels of oil per day from North Dakota to Illinois.Water protectors are concerned about the pipeline crossing the Missouri River, which provides drinking water to 18 million people and is the Standing Rock Sioux tribe’s main source. This is the first time she’s ever been involved in a political action.

A few months ago, while she was recovering from foot surgery at home, she watched as people from miles away traveled to Standing Rock to join the growing movement and express solidarity. “I knew I had to be there,” she said. “So I left home to stand with my people. At that point, I started another chapter in my life.”

Hundreds of Native Americans and their non-native allies gathered on a bridge just north of the Oceti Sakowin camp in Cannonball, North Dakota to remove burnt vehicles and a police barricade that has been blocking traffic on Highway 1806 and protecting pipeline construction since October 27.

Rob Keller, spokesman with the Morton County Sheriff’s Department, informed me via email that the blockade and law enforcement presence will be at the bridge for “as long as protestors are not peaceful.” Keller also confirmed that new concrete barriers have since been put in place to keep “protesters away from the law enforcement line.”

The Army National Guard monitors a northern barrier on Highway 1806. The bridge just north of the main camp, which was the site of Sunday’s action, serves as the southern barrier. In essence, the pipeline is being protected with police and military vehicles so construction can continue. Anyone who wants to oppose it no longer has access.

According to a statement from the Camp of the Sacred Stones, the obstruction of Highway 1806 “threatens the lives of the water protectors and residents of the Standing Rock Sioux Reservation, as emergency services have been needed but unable to reach camp quickly. The blockage also unjustly restricts the free movement of local residents and hurts the Tribe economically by cutting off travel to and from the Prairie Knights Casino. Images of the burned vehicles have fed negative, distorted, and sensationalist media portrayals of the encampment.”

On his Facebook page, Dallas Goldtooth, Indigenous Environmental Network organizer, wrote, “Water protectors are done with the military-style barricades. We are done with flood lights and armored military trucks. We are done with it! That’s why tonight, water protectors decided to take a first peaceful step and remove the burned out vehicles. It was to open up the road so in the daylight the world can see the face of militarized law enforcement and state oppression.”

The world then watched in horror live on Facebook as Morton County police in riot gear responded by shooting Native Americans and their non-native allies with rubber bullets and spraying them with tear gas, pepper spray and cold water in freezing temperatures.

In this Facebook live video from poet Kevin Gilbertt, water protectors can be heard screaming, “We need a medic!” Unicorn Riot, a volunteer run decentralized media collective, was also filming on the front line.

At a press conference held by the Morton County Sheriffs Department on Monday, November 21, a reporter asked if the use of water hoses was necessary to keep officers safe. Morton County Police Chief Jason Ziegler responded by saying, “It was effective wasn’t it?”

According to the Standing Rock Medic & Healer Council, approximately 300 water protectors were injured by excessive force and treated for hypothermia. At least 26 people had to be evacuated by ambulance to three hospitals in the surrounding areas.

Sophia Wilansky, a 21-year-old water protector from New York City, was air lifted to County Medical Center in Minneapolis where surgeons are trying to save her arm and hand and prevent a possible amputation. According to the Council, Wilansky was severely injured when a concussion grenade thrown by police hit her left arm and exploded.

The North Dakota Highway Patrol dispute that claim, blaming the injury on a propane tank they say was found on the bridge. “The injuries sustained are inconsistent with any resources utilized by law enforcement and are not a direct result of any tools or weapons used by law enforcement,” said Lieutenant Tom Iverson in a statement.

Standing Rock medics say they have proof it was a concussion grenade thrown by police. “Sophia was heading to bring water to the unarmed people who were being attacked for several hours by Morton County Sheriff forces,” medics said in a statement.

The medics go on to say, “The Morton County Sheriff’s Department has stated that she was injured by a purported propane explosion that the Sheriff’s Department claimed the unarmed people created. These statements are refuted by Sophia’s testimony, by several eye-witnesses who watched police intentionally throw concussion grenades at unarmed people, by the lack of charring of flesh at the wound site and by the grenade pieces that have been removed from her arm in surgery and will be saved for legal proceedings.”

At a press conference on Tuesday, November 22, Wayne Wilansky, Sophia Wilansky’s father, said she needs at least 20 surgeries over the next few months. Over the past few days, over 11,000 people have donated over $300,000 on a GoFundMe page set up for her medical bills.

“The first surgery took a vein from her leg which they have implanted in her arm to take the place of the missing arteries. She will need multiple surgeries to try to gain some functional use of the arm and hand. She will be, every day for the foreseeable future, fearful of losing her arm and hand,” he said in a statement provided by the medics. “There are no words to describe the pain of watching my daughter cry and say she was sorry for the pain she caused me and my wife. I died a thousand deaths today and will continue to do so for quite some time. I am left without the right words to describe the anguish of watching her look at her now alien arm and hand.”

Medics have compiled a list of other injuries including an elder who lost consciousness and was revived on the scene; a woman who was shot in the face by a rubber bullet with subsequent eye injury and compromised vision; a young man with internal bleeding who was vomiting blood after a rubber bullet hit his abdomen; and a man shot in the back near his spine by a rubber bullet causing blunt force trauma and a severe head laceration.

Medics say they “condemn the excessive police violence and call upon law enforcement to cease and desist these nearly lethal actions. Specifically, we demand the cessation of water cannons in subfreezing temperatures.”

On the front line, the Water Protector Legal Collective team observed a young person having a seizure and people vomiting from exposure to mace. “We are shocked by Morton County’s cowardice and total disregard for human life,” said the legal collective in a statement. “We call on the federal government to respect its trust responsibility to Native Americans and stop these flagrant human and civil rights abuses.”

Graham Biyaal, a member of the Dine Tribe in New Mexico who ran to Standing Rock from Arizona earlier this month, says he was shot with a rubber bullet.

In a video he posted on Facebook, he said, “They are firing rubber bullets. They are spraying high-pressure water on unarmed people. My message is simple. Contact the President. Contact your representatives. Let’s defund DAPL. Some of the larger banks include Wells Fargo. I’m begging each and every one of you. Close your bank accounts. Don’t give them your business. Make a statement.

I got shot by a rubber bullet and it hurts. I got sprayed by tear gas. I couldn’t even stand on my own two feet because it hurt so bad. They dragged me to the medic, but I came back out here because I feel so strongly about this environment, about water.”

Rob Keller, spokesman with the Morton County Sheriff’s Office confirmed in email that “direct impact sponge rounds” were used, which he called “less than lethal munition.”

Dr. Rupa Marya, a professor of medicine at UCSF Medical School who works with the Standing Rock Medical and Healer Council, points to case reports in medical journals showing that rubber bullets can cause death by hemorrhage. “These are not non-lethal weapons,” she said. “We’re confronting a real human rights issue at Standing Rock.”

“This is not a peaceful protest,” said Warren. “So, if they want to stick around and continue to do what they’re doing, great, but we’re building the pipeline.”

During my trip to Standing Rock earlier this month, water protectors consistently expressed frustration that the State of North Dakota, most especially through a militarized police force, is protecting the pipeline.

At the recent press conference given just after Sunday’s action, Morton County Police Chief Jason Ziegler did not rule out the use of water hoses again to “maintain law and order.”

As Graham Biyaal films protectors on the front line being sprayed with cold water in freezing temperatures, he says, “This is what happens when you fight for clean water. I’ll be here as long as I can until it stops.” 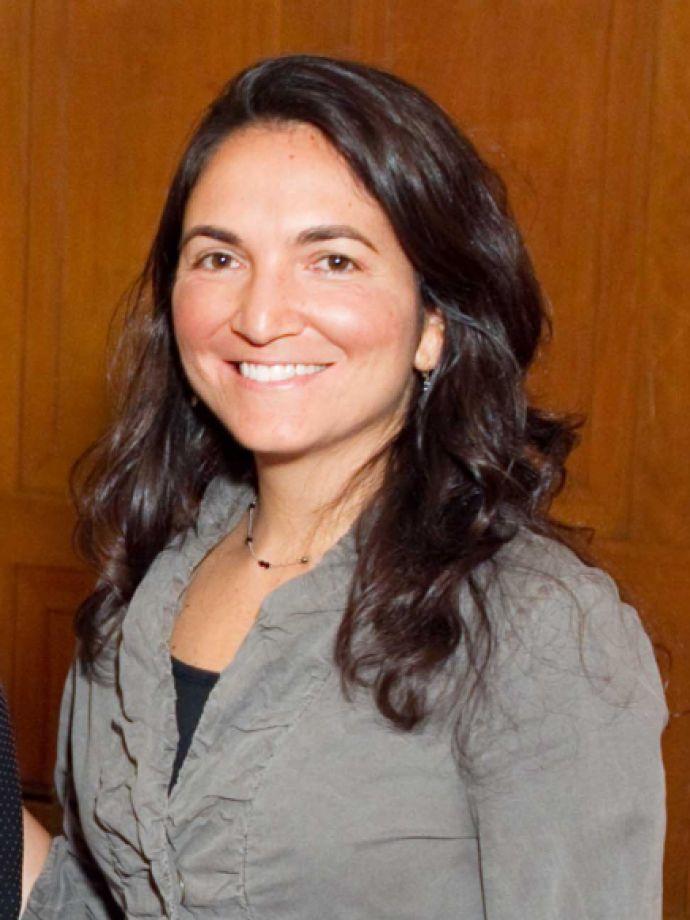 But it's okay to threaten the water of Native Americans?
Read more
News + Politics

Live from Standing Rock: Repression and injustice on the protest lines

Our correspondent heads to the protest, where Native Americans and their allies are shot at and intimidated for trying to protect the water
Read more
Sponsored link

Some celebrated. I thought of the women I know who have been assaulted and just lost a basic human right.
Elections

The Constitution is the problem, not the solution

The political system has evolved into an Oligarchy and a New Confederacy wants control; nothing in the founding document will stop them.