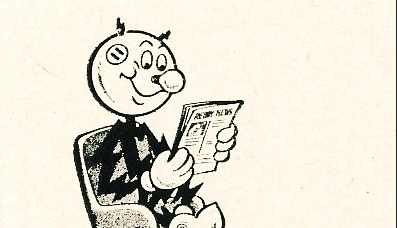 The state has allowed PG&E to socialize risk and privatize profit. That might not be an option any more.

It was, in a weird way, ironic to hear on NPR today that PG&E is one of the first companies that is directly impacted by climate change: The wildfires that Jerry Brown called the “new normal” do, indeed, have their roots in a hotter, drier California – but PG&E has over the decades been a big contributor to climate change. The company has never met even the state’s weak goals for sustainable energy generation.

Loretta Lynch, a former president of the state Public Utilities Commission, said on KQED Fourm this morning that “we have to be very careful before we absolve PG&E for responsibility for these fires.” San Diego Gas and Electric, she said, “woke up” and started turning off the power in in emergency situations, clearing brush, undergrounding lines. PG&E diverted money from safety to executive salaries.

So now PG&E is filing for bankruptcy. That’s a big deal: It means, among other things, that the victims of the company’s failure to maintain its system ate going to have to get in line with other creditors. It means that the ratepayers (or the taxpayers) could be on the hook for higher bills.

It’s also an issue for 12,000 unionized PG&E workers, who have in the past often sided with the company but who now are at risk; their jobs, their pensions, their union contracts are potentially in the hands of a bankruptcy court. And any solution has to involve labor.

Lynch put the responsibility entirely on the state: The CPUC will have to approve any deal for PG&E to emerge from bankruptcy, and the state Legislature and the governor can mandate that the commission “consider ratepayers, workers, and victims” in any settlement.

That means Gov. Gavin Newsom, who appoints CPUC commissioners, will have a significant role to play.

In the worst-case scenario, PG&E assets could be bought up at pennies on the dollar by some Wall Street investment group, which would then try to cut costs radically by breaking the union, cutting staff, selling off pieces of the company – and leaving the state in a worst situation that it is now.

The alternative is looking better every day: As of the close of business today, PG&E’s market capitalization – the cost of buying the entire company – is $4.24 billion. That half what it was a week ago. That’s less than what the company once said it would cost just to buy the San Francisco grid.

Toss out the billion or so that PG&E’s local headquarters is worth on the real-estate market, and the state, or a collection of local governments, could buy PG&E for what amounts to chump change.

The ratepayers and the state are going to be on the hook for all of PG&E’s liabilities anyway if the company goes into bankruptcy with few assets. Why not, as Lynch suggested this morning, start that process now?

The state, or local agencies, may also be the only ones who can guarantee that PG&E’s union workers (as opposed to overpaid management) can keep their jobs, benefits, and pensions. Any state or local government buyout would have to start with the concept that all union workers keep their same contracts, and just shift to a new employer. That has always been the position of public-power advocates in San Francisco.

Dennis Herrera, the city attorney, is at least talking about the idea. In a statement today, he said that

“San Francisco taxpayers can be assured that we will vigorously defend their interests. PG&E has said it will ensure that the power stays on during the company’s financial turmoil. We will hold them to that. We will also remain vigilant. PG&E should not be allowed to shift its failures onto the backs of hardworking residents. We are working with other policymakers to ensure that this situation results in safe, reliable, clean and affordable power for ratepayers, including the possibility of a publicly owned utility.”

Our local representatives in Sacramento, not so much.

I talked to both Assemblymember David Chiu and state Senator Scott Wiener this weekend at the ADEM elections, and asked them: With the value of PG&E so low, why not buy it now? Why not create a state agency, or allow the creation of local agencies, to break up the company and have public power in Northern and Central California?

State Sen. Jerry Hill has put the idea forward.What about it?

Both Wiener and Chiu said that same thing: “I am open to all options.” When I asked specifically about the Hill proposal, both said they hadn’t seen it and would have to get more information.

Not a resounding call for a sensible energy policy.

(I called Assemblymember Phil Ting, and haven’t heard back.)

But Chiu and Wiener both said that there’s little interest in Sacramento in another PG&E bailout.

I had a fascinating discussion tonight with Tom Dalzell, the business manager for IBEW Local 1245, which represents PG&E workers.

Dalzell said he thinks that in the current climate, the state needs to reconsider how utilities, both public and private, deal with liability. He doesn’t think a Wall Street hedge fund would buy PG&E – “nobody wants to sell electricity in California right now.” So what’s going to happen? He told me that he doesn’t see any easy solution to this mess: “There is a wall in the way of every way out.”

I talked to him about Lynch’s idea: If we are going to socialize risk – which is happening anyway – why not socialize profit? Why not take the money PG&E now gives to investors and executives and put that toward improving the system?

“I need to think about that,” he said.

Sup. Aaron Peskin has already suggested spending $50 million as a down payment on taking over PG&E’s San Francisco infrastructure. At the current market cap, that might be enough to buy most of it. I’m pretty sure he’s got six votes for that – as long as the mayor doesn’t veto it.

“This,” Peskin told me tonight, “may be the time.”