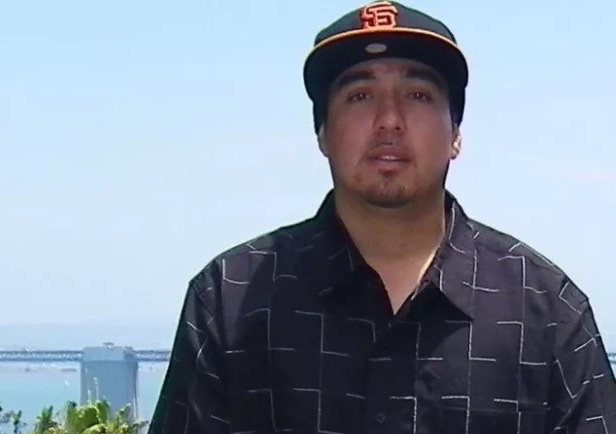 .... and when do kids become adults? We look at the week ahead

I didn’t think the Alex Nieto case was actually going to trial; most of these police-abuse cases don’t. The last thing the city typically wants is to see the whole disaster played out again in public, with the policies, procedures, and actions of the Police Department examined in the harsh light of open court.

But that’s exactly what’s about to happen – and already, the pre-trial revelations show there are some serious problems with the city’s official version of what happened. The TV stations are starting to come out with “exclusive” reports on what the trial briefs contain, most of which we have already reported in some detail.

And now, barring a last-minute deal that doesn’t seem likely, the trial of Refugio Neito et. al. v City and County of San Francisco will open Tuesday/1 in federal court.

The first day should be mostly jury selection, which the court suggests will be done by the afternoon. Opening statements will follow, and the court intends for the first witnesses to be called March 2. Each side, the trial orders say, will have about 15 hours to present its case. Given court hours and breaks, that’s probably three days for the plaintiffs and three days for the defense.

The jury’s going to have to decide between some directly contradictory evidence. The city claims that Nieto was brandishing a weapon – a Taser that the cops said looked like a gun – was pointing it at them and was a deadly threat. One witness says that Nieto actually had his hands in his pockets when he was shot. Another witness says Nieto never took the Taser out of its holster.

When a Taser is discharged, it shoots out bits of confetti; none was found at the scene.

There’s little doubt that the offices fired a lot of rounds, and that they fired a volley, stopped briefly, then fired some more. That’s going to hard to explain – unless Nieto was still a threat lying on the ground, with a bunch of bullets in his torso.

The trial’s in Courtroom D, 15th Floor of the Federal Building, 450 Golden Gate. The Justice for Alex Nieto Coalition will hold a rally outside the building at 8am Tuesday.

Sups. Jane Kim and Aaron Peskin did their show of good faith and tried to work with the mayor on competing housing measures for June, but the folks in Room 200 don’t seem to be budging. The mayor is still moving forward with his ballot measure, that would limit affordable housing requirements to what studies show is economically “feasible” – in other words, what the developers say they can afford to build and still make huge profits.

So Tuesday/1 we will see the showdown at the board over Kim’s charter amendment that would set affordable-housing levels at 25 percent, and allows the board to adjust them with a simple vote. I see six votes for this, no problem – although the mayor really, really doesn’t like it and wants to see it die.

It’s an election year. When Sup. Malia Cohen, who is representing the mayor on this one, tried to gut the Kim measure, she lost 7-4. I don’t see how Sup. London Breed, in what could be a tough race with tenant lawyer Dean Preston, can vote against more affordable housing.

Pretty much everyone agrees that the Navigation Center – a homeless program that the mayor and his detractors both endorse and support – is a success. It works in part because it deals with reality on the street – people can show up with partners and pets and possessions, and as Jennifer Freidenbach of the Coalition of Housing notes, “there is housing at the tail end of the stay.”

So why isn’t there a navigation center in every neighborhood? Why isn’t this the standard for all homeless programs? Why are we kicking people off the streets before there is another place for them to go?

There’s a hearing on that subject (well, some of that subject) Wednesday/2 at the Budget and Finance Committee. I expect much of the hearing will be self-congratulatory, but maybe someone can raise the questions – if it works, why is it still limited?

Sup. Scott Wiener wants to ban the sale of tobacco products to anyone under 21. That comes up at the supes meeting too. And it’s an interesting question.

I don’t think anyone should smoke cigarettes. They’re addicting and deadly. Used as sold and designed, they kill you. The companies that have made vast sums of money from selling these products over the years knew they were deadly, and hid the facts, and I don’t want anyone to give any of them another penny.

I have a son who’s about to turn 17. I am not foolish enough to believe that he will reach adulthood without doing some risky things that aren’t what I approve of, but I would rather he do almost anything (other than operating a motor vehicle under the influence) rather than smoking tobacco.

That said: I don’t think tobacco should be illegal; that doesn’t work. It didn’t work with alcohol, the War on Drugs was an utter failure, and going down that road leads to disaster. It’s an adult decision; if adults, fully informed of the risks, decide they want to light up, or vape, or chew, or whatever, I’m not going to tell them they can’t.

Which brings us to the challenge here: When does someone become an adult?

I never supported raising the drinking age to 21. A lot of college presidents agree with me. That prohibition has led to binge-drinking on campuses; when I was in college, it was fine to go out at night and have a beer. Now, when you can’t do that, people grab the opportunities when they come up and have 20 beers.

I’m not opposing Wiener’s plan, and if I were on the Board of Supes, I’d probably vote for it; tobacco is way, way worse than alcohol. It’s a special case. But we need to think: When we legalize marijuana in California, will the age of consent be 18 or 21? Where do we stop telling people they aren’t old enough to make decisions for themselves?

If that’s 21, I can live with it – as long as we’re consistent. When nobody under 21 is allowed to serve in the military (which would radically change the US military system) then we can tell 19-years-olds that they can’t drink or smoke.