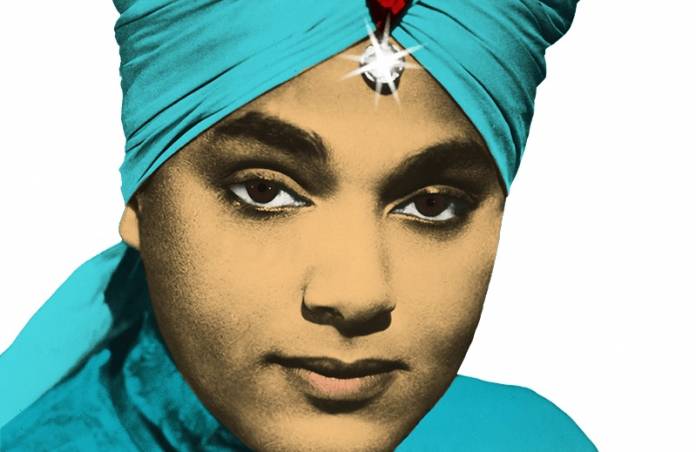 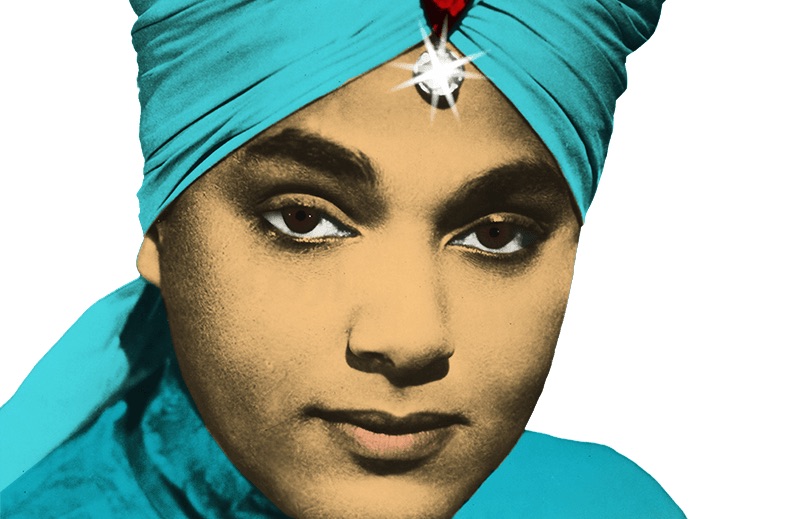 3rd i opens up

SCREEN GRABS The oldest and largest media arts organization of its type in the US, 3rd i Films launches its 14th annual San Francisco International South Asian Film Festival (Thu/10-Sun/13 + Nov. 19) in grand style this week: With one long day (Sat/12) at the Castro Theatre, bookended by programs at the more intimate New People Cinema in Japantown. That Thursday through Sunday run in the City will be followed on Sat/19 by a full day at Cupertino’s BlueLight Cinemas, whose five titles will include only a single overlap with the S.F. program.

One you’ll have to travel to the South Bay to see is perhaps this year’s most illuminating reflection of how 3rd i embraces work that sometimes falls well outside its typical primary emphasis on movies from and about India. The new documentary Korla is an initially amusing, kitschy cultural throwback that turns into an unexpected meditation on another era’s strict racial divisions—and how some adventurous souls managed to “pass” for a more “acceptable” ethnicity in order to further their careers.

Korla Pandit was a technically innovative, showy organ player who pioneered the 1950s genre of “exotica” music, whose globe-trotting sounds he considered “the universal language of love.” Starting in 1949, he accrued a significant following with a TV show in which he played his Hammond while staring bejeweled and turban’d at the viewer—that “hypnotic Svengali look” setting housewives’ hearts aflutter, his spiritual aura heightened by his never speaking an on-camera word.

But the truth about this alleged son of a New Delhi brahmin family, who continued performing through the lounge-music revival craze decades later, was only revealed after his death in 1998 at age 77. A great deal of archival footage, as well as insights from myriad latterday fans and musicians, makes John Turner’s feature a delightful look at one talented man’s sneaky triumph over an era of heavy segregation.

The festival begins this Thursday with Neeraj Ghaywan’s Cannes-premiered drama Masaan, a co-production with France that is one of the most accomplished and acclaimed Indian independent features in recent years. Its two central story strands, which intertwine only at the end, both illustrate ways in which age-old traditions of class, morality and corruption continue to limit the opportunities of more open-minded youth. Devi (Richa Chadda) and Piyush (Saurabh Chadhary) are university students who give in to their mutual attraction and go for a tryst in a motel room.

They’re literally “caught in the act” when, to their horror, police burst in—treating Devi like a prostitute, videotaping both of them near-naked, and threatening jail and/or disgrace. The panicked boy locks himself in the bathroom and has attempted suicide before the door is broken down. Unrepentant, corrupt cop Mishra (Bhagwan Tiwari) now tells Devi and her humiliated father (Sanjay Mishra) that she’ll be imprisoned for “aiding and abetting” a suicide, as well as her “sex tape” put on-line, unless they summon the funds to pay him a huge bribe.

Meanwhile, upwardly-aspiring lower-caste student Deepak (Vicky Kaushal), whose family has long performed the necessary but “unclean” task of burning corpses for disposal in the sacred Ganges, fudges his real identity to befriend upper-class Shaalu (Shweta Tripathi). But as their flirtation rapidly escalates, the truth must come out, and the resulting social barriers to inter-caste romance may prove insurmountable.

This handsomely crafted, well-acted first feature for director Neeraj Ghaywan and scenarist Varun Grover is not your typical festival opening-night selection—it’s no upbeat crowd-pleaser—but it’s an engrossing portrait of time-arrested biases holding India’s next generation back from fully embracing their future in the modern world.

For a much lighter take on romance, the next night brings Amit Gupta’s One Crazy Thing, an indie Britcom in which successful soap opera actor Jay (Ray Panthaki) sees his career go down the tubes after an ex-girlfriend posts their six-hour sex tape online. While the resulting tabloid scandal proves her ticket to Hollywood, it only earns Jay scorn —particularly from his conservative Indian-emigre parents.

When he meets an American grad school student studying abroad (Daisy Bevan, a next-generation Redgrave clan offspring who bears the family facial resemblance but on this evidence does not appear to have inherited the usual talent), he’s blessed by her obliviousness to his infamy. But that secret is bound to come out sooner or later.

There’s a great deal of diversity elsewhere in the 3rd i program, including the festival’s first-ever animated feature. Shila Ranade’s The World of Goopi and Bagha is a great-looking adaptation of a classic children’s story already filmed once as a live-action adventure by the great, late Satyajit Ray. Its tale of two awful outcast musicians who get a magical boost to their skills may be more apt for grownup ‘toon fans than younger kids, as the character designs are a bit grotesque (and they probably won’t enjoy reading subtitles, anyway).

It’s preceded on Saturday at the Castro by Aadish Keluskar’s Kaul aka A Calling, which is very much for adults—unless your child is precociously inclined towards movies that begin with a Nietzsche quote and proceed down an enigmatic path reminiscent of Tarkovsky and Apicatpong Weerasethakul. Its protagonist is a schoolteacher newly moved from Mumbai to a rural area, where he has experiences of an apparently supernatural nature—or has he simply failed to outrun his own mental-stability issues? Expect no clear answers in this mystical, minimalist, somewhat experimental narrative, which demands patience but should reward at least in visual terms on the big Castro screen.

Other highlights include a two-film Pakistani Spotlight (La La Begum, Gaalibeeja); Leena Yadav’s Parched, a rural ensemble drama that provides the centerpiece to a “Voices of Women” sidebar; and Hansal Mehta’s acclaimed Aligarh, about a respected university professor who lost his job when his closeted homosexuality—which is still a crime in India—became the stuff of public media scandal-mongering.  Many of the films will be introduced by their directors or other notable guests.

Screen Grabs: Catching right up to 75 years ago at Noir City

'The Son,' 'When You Finish Saving The World,' 'Alice, Darling,' and 'After Love' provide some worst-case interpersonal scenarios
Read more
Sponsored link