SCREEN GRABS In perhaps the most surprising and vigorous artistic comeback since Thomas Pynchon suddenly started publishing again after a quarter-century pause, Alejandro Jodorowsky has become very busy again… in his late 80s. This wouldn’t be half so startling if he’d been more prolific in his physical prime. But the current spurt of filmmaking activity is probably his most concentrated (as well as most admirable) since the five-year period that saw the release of his first three features almost half a century ago.

Not only is the now 88-year-old Chilean-born, Europe-based multimedia surrealist back on the big screen, he’s making some of the most accessible and lively work of his life—movies that have all the eccentricity and visual panache of his past cult favorites, along with a new playfulness that counters the nihilism of El Topo or Santa Sangre. The world may seem to be a darker place to many of us at present, yet Jodorowsky is lightening up.

This new levity may be a benefit of hindsight, since his latest films are more explicitly autobiographical than ever. Endless Poetry, which opens in Bay Area theaters on July 21, is a direct sequel to The Dance of Reality (2013), which in Jodorowsky’s characteristically extravagant, magical-realist fashion chronicled his own Chilean upbringing under the thumb of an authoritarian father (AJ’s son Brontis Jodorowsky).

Here, that familial conflict escalates until the teenaged Alejandro (grandson Jeremias Herskovits) runs away, landing in a communal household of avant-garde artists where he reaches adulthood (now played by the filmmaker’s youngest son Adan), and finally decides his creative path must lead to Paris. Before that fadeout, he gets romantically involved with one poet (Pamela Flores as Stella Diaz Varin), has a platonic relationship with another (Leandro Taub as Enrique Lihn), encounters a mystic (Oakland-born veteran dancer Carolyn Carlson), and clashes against the period’s military dictatorship.

Jodorowsky’s maximalist sensibility makes room for everything from that ye olde surrealist staple, Nazi dwarfs, to the inevitable circus interlude and a climax involving flash mobs of Death and Devil figures. There’s even naked crowd-surfing—presumably an in-joke nod to the fact that this perpetually funding-challenged filmmaker is now back thanks to the miracle of crowdfunding. Goofy, uneven, alternately outrageous and charming (when not both at once), Endless Poetry is as good an introduction to his work as any, and it couldn’t have been made by anyone else.

It’s getting a wider release than its immediate predecessor: The Dance of Life was, sadly, seen only by a fraction of the people who caught the concurrent documentary Jodorowsky’s Dune, which detailed his doomed struggle to film a fantastic-sounding version of Frank Herbert’s science fiction epic in the 1970s. (Eventually David Lynch got hired to direct a wholly separate version, which was duly completed and released in 1984—but proved equally doomed, in its own way.) Still, it was a marvelous return to form, even more so than 1989’s Santa Sangre, that suggested he had lost none of his energy or originality.

If you want to brush up on your Jodorowsky before Endless Poetry, this weekend the Roxie is programming a retrospective of his four major prior features. His first was Fando y Lis (1968), a stark, symbolical B&W psychodrama based on a play by Spanish surrealist Fernando Arrabal, providing a link between Bunuel and ’60s experimental theater. Its premiere at the Acapulco Film Festival actually triggered a riot amongst offended patrons; the film was then banned outright in Mexico, where it had been shot (and where Jodorowsky had then resettled). Yet despite such notoriety, it was relatively little-seen.

That could hardly be said of his second feature, El Topo, in which the filmmaker himself plays the titular lone gunfighter traversing a desert with his young son (Brontis J. again). This “acid Western’s” mix of trippiness, extreme violence, and messianic religious content struck a chord with counterculture audiences. It almost singlehandedly started the “midnight movie” phenomenon, years of late-night showings (as well as endorsement from tastemakers like John Lennon) adding to its mystique.

That runaway success got Jodorowsky a bigger budget and carte blanche to make The Holy Mountain (1973), a pilgrim’s progress through Earthly degradation to enlightenment that is one of the most visually stunning (not to mention psychedelic) films ever made. But it never got a wide release, its distribution hindered and eventually barred entirely by producer Allan Klein, who after a dispute with the artist held it legally hostage for decades. (When a now-defunct SF repertory house tried to show it in the early 1990s, the collector’s private print being used was seized by a legal representative before it could be projected.)

There followed the long years of Jodorowsky trying to get his Dune made. Apart from Tusk, an incongruous (and dull) 1980 children’s film about an Indian elephant, he made no films for over 15 years, turning instead to prolific work writing comics, and as a practitioner of therapeutic “psychomagic.” That celluloid drought ended temporarily with Santa Sangre, a garish and macabre recombination of prior themes casting sons Axel and Aden as a protagonist whose dysfunctional upbringing is a literal circus of horrors. It awakened interest in a filmmaker many assumed had gone into hibernation for good, although the only immediate result was the next year’s Rainbow Thief—another for-hire directing job (and like Tusk, one the Roxie isn’t showing) that felt uncharacteristic, though this whimsical fable reuniting Lawrence of Arabia stars Peter O’Toole and Omar Sharif had its good points. (Jodorowsky loathed the experience, however, claiming O’Toole was inebriated and impossible to handle during most of the shoot.)

No one would have been surprised if Santa Sangre had proved the last significant Jodorowsky film. Yet nearly three decades later, he’s enjoying a renaissance—one that old and new fans are very much enjoying, too. The Dance of Life and Endless Poetry feel like two-thirds of a trilogy; let’s hope he’s still got a final panel in him. And as long as he’s at it, why not that eternally-promised sequel to El Topo? Just last year, in fact, he announced The Son of El Topo is ready to roll at last… pending funding, of course. 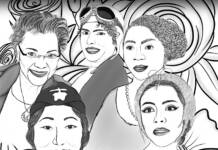 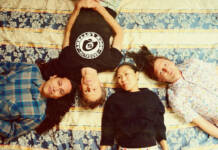