The SF Planning Commission is set to vote Thursday/11 on allowing the owners of the building where Iris Canada was evicted to convert to condominiums.

The centenarian died shortly after she was forced out of the unit where she had lived for more than five decades.

The eviction of Iris Canada became a huge political issue in the city – but the commission initially put the condo conversion, which was the prime reason for her eviction, on the consent calendar.

Only after tenant advocate Tommi Avicolli Mecca objected was the item moved to a full hearing.

And the paperwork for the hearing, with commission staff recommending approval, shows just how utterly messed up the city’s planning process can be. The commission packet states that there were no evictions in the building for the past five years, and that all of the tenants were offered the first right of refusal to buy their units.
That’s what the condo-conversion code requires.

In this case, the owners filed to evict Canada, the case was in Superior Court, was all over the news media, and many of us were there when the landlord changed the locks and took all of the ailing woman’s possessions out of her home.

“Of course there was an eviction,” Mecca, who works with the Housing Rights Committee, told me.

The application states that the unit was “vacant” between 2012 and 2017. That’s clearly not true – Canada had what’s known as a “life estate,” the right to stay in her home until she died, and was living in the Page Street apartment when she was tossed out.

The city was well aware of this issues here: In an April, 2017 letter to the city, Mecca noted that

Iris Canada, a 100-year-old African American woman who had lived at 670 Page since the 1950s, was evicted in February of this year by the owners of her unit: Peter Owens, Carolyn Radische and Stephen Owens. She was originally served an Ellis eviction by these same owners in September 2002, as were the other tenants in the other apartments in her 6-unit building. She got an attorney at Tenderloin Housing Clinic and managed to stay, until 2014 when Owens, Radisch and Owens filed another eviction against her.

The law on this is pretty clear. If a tenant – particularly a senior – has been evicted to make way for a condo conversion, the city is supposed to deny it.

When the City Planning Commission determines that vacancies in the project have been increased, or elderly or permanently disabled tenants displaced or discriminated against in leasing units, or evictions have occurred for the purpose of preparing the building for conversion, or if rents in the project over the previous 18 months preceding the date of filing the application have been increased substantially greater than any increase in the residential rent component of the “Bay Area Cost of Living Index, U.S. Dept. of Labor,” (except for increases reasonably related to construction of Code-required capital improvements directly related to Code enforcement, or to recoup the costs thereof), or when the City Planning Commission determines that the subdivider has knowingly submitted incorrect information (to mislead or misdirect efforts by agencies of the City and County of San Francisco in the administration of this Code), the Tentative Map shall be disapproved and the subdivider may not reapply for 18 months from the date of denial.

The Planning Department memo states that there is no record in Rent Board files of any eviction in the past five years. But landlords often fail to file their eviction papers with the Rent Board. And in this case, even a quick Google search would have shown the planners (who would have had to be completely out of touch with local politics to be unaware of the Iris Canada issue anyway) that the Page Street unit was the subject of an eviction of a senior.

One of the issues in the eviction: Canada was unwilling to give up her right of first-refusal to buy the place. That’s also public record, easily available to anyone who did even a cursory search.

There is more than just a vote on a subdivision and condo conversion at stake. The planners have a chance here to say that evicting a 100-year-old African American woman is not okay, and that the people who did it should not be rewarded with the very lucrative windfall that a condo conversion allows.

Iris Canada lived in District Five. Her supervisor was and is Acting Mayor London Breed. I texted Breed and asked if she had any comment on the condo conversion, but she didn’t respond.

Four of the seven planning commissioners are appointed by the mayor, and they often take their cues from Room 200. If Breed called for them to reject this deal, chances are good that it would happen.

The supes, who have to approve any changes in the subdivision maps, which are required for condo conversions, will also have a chance to weigh in. These things are often pretty routine – but the case of 668-678 Page Street is far from routine.

The item is number 16 on the commission agenda. 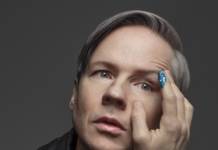 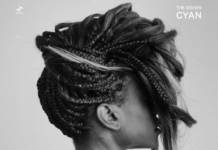