In SF, a rising tide doesn't lift all boats; it drowns the people who can't afford a boat. So why is Scott Wiener pushing a discredited neoliberal agenda?

I went to see Joseph Stiglitz, the Nobel-prize-winning economist, speak at USF last week. Lectures by economists don’t tend to fill up large rooms, but in this case, the place was packed, with a long line out the door and people bringing in extra chairs.

Stiglitz of late has been taking on Trump pretty directly, so he’s popular. He’s also got a new book out that argues in favor of what he calls “progressive capitalism.”

Stiglitz was Bill Clinton’s chief economic advisor and was once president of the World Bank – which put him in the 1990s clearly in the neo-liberalist circle – but he’s decided more recently that economic inequality is an existential threat, so I wanted to hear what he had to say. I also bought the book. 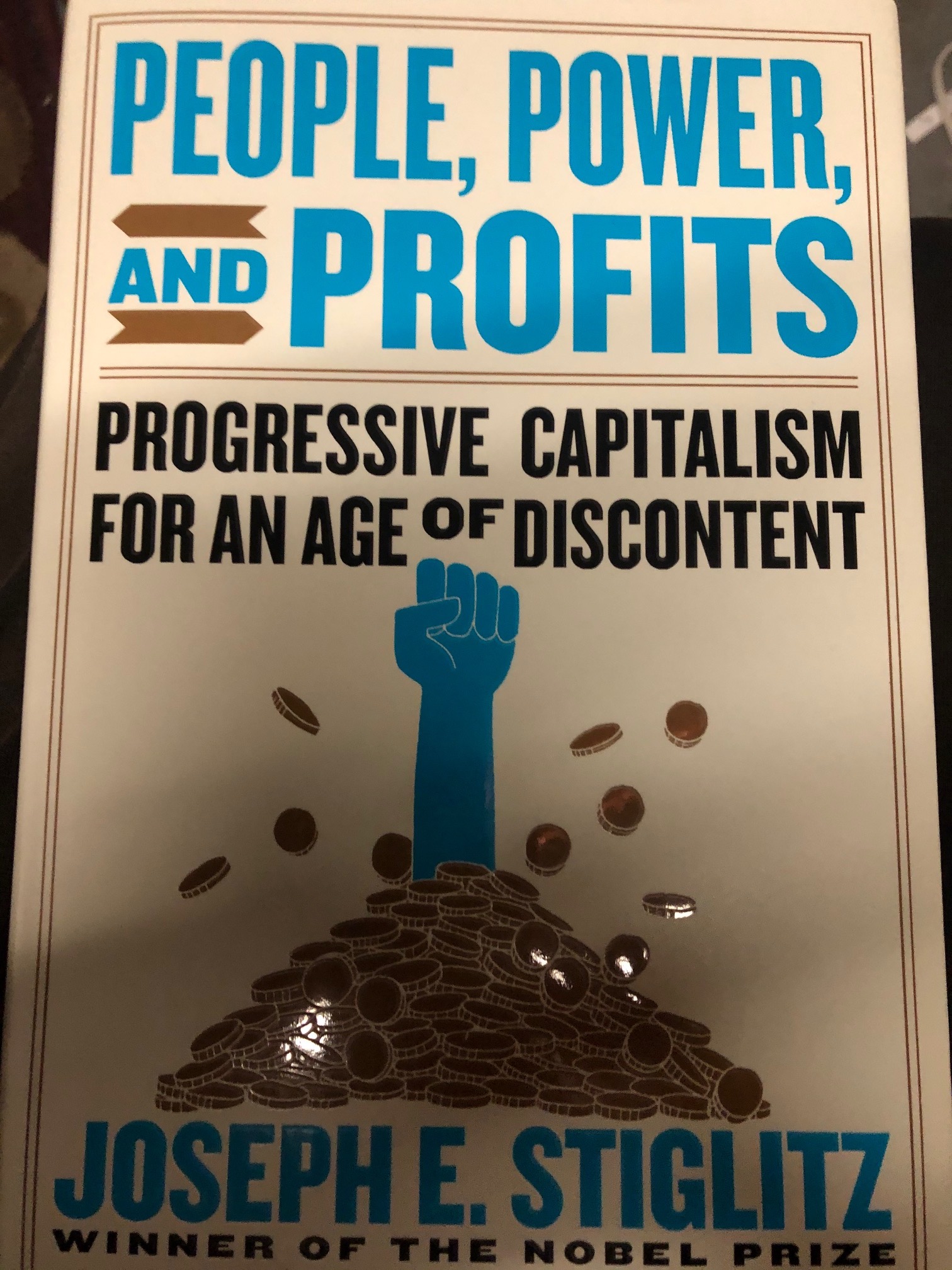 Stiglitz freely admits that some of his earlier work (especially challenging Milton Friedman) was so heavy on math that nobody read it, and the new book and his lecture were surprisingly simply and user-friendly. Much of the historical and theoretical underpinnings of what he had to say was first outlined by David Harvey in The History of Neoliberalism 15 years ago. But that’s okay; Stiglitz brings the story up to date and adds some new ideas.

He is an advocate for higher taxes on income and wealth, and argues that the wealth of a nation comes not from the financial sector and speculation but from the creativity of its people. He says that monopolies in the tech industry have badly distorted markets. He’s an advocate for active government participation in the economy. He’s not a planned-economy socialist; he says that the US economy is going to have to have regulated markets because it’s too complicated for Soviet-style central planning. Fair enough. (Nobody I know these days believes that Soviet-style central planning is a good economic idea. Democratic socialists believe in markets with regulation and redistribution.)

I am not going to argue about whether there is, or by definition can be, such a thing as “progressive capitalism.” We can have that discussion another time.

What I do want to talk about is GDP growth.

Stiglitz argues that we can have greater equality without sacrificing the expansion of the Gross Domestic Product. He points out that in the 1970s, economists like Arthur Okun thought that equality and efficiency were tradeoffs, but that was wrong. We can, he says, have both: A robust, growing GDP and more economic equality. Happiness all around.

But is that really what we want?

We live in a world of finite resources, a world where GDP growth in the Global North, driven largely by the mandates of late-stage greed-focused capitalism, is on the brink of destroying the planet. Growth, as defined by the GDP, means making more stuff and doing more stuff; why is that the metric we aim for, instead of metric that looks at how many people are happier and better off?

Stiglitz talked about the importance of growing the economic pie. I am more interested in changing the way it’s sliced up.

In San Francisco today, a rising tide does not, in fact, lift all boats; it actually drowns the people who don’t have enough money to buy a boat.

I sent Stiglitz an email asking about this, and he hasn’t responded. I’m not surprised; he’s a busy person.

I thought about all of this when I saw State Sen. Scott Wiener’s latest tweet storm about Proposition E. Wiener complains that the supporters of Prop. E want to “kill the economy by pushing away jobs & banning new office space.” 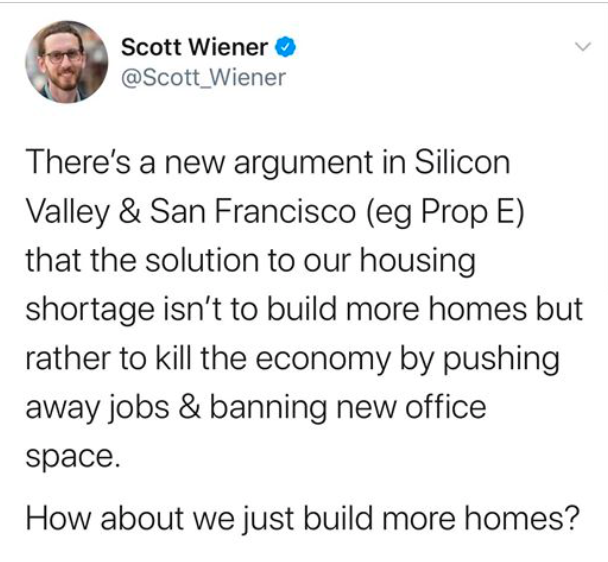 I have been watching the San Francisco economy for a long time, and I can say for a fact that “banning new office space” does not “kill the economy.”

I know this sounds like heresy, but boom times are not always good for San Francisco. When the city is flooded with too much capital, prices for housing and commercial space rise too fast, and small businesses (and their workers) can’t keep up. The city is awash in money – and vacant storefronts litter so many of the major commercial districts.

Small businesses can’t stay open if they can’t hire employees and pay them enough to cover their rent. Those community-based businesses can’t pay the commercial rent anyway, because landlords see the speculative craze and want to cash in by making space unaffordable to anyone except chains and very-high-end restaurants and boutiques.

A healthy local economy is a diverse local economy. Like a healthy ecosystem, a local economy needs lots of different niches filled. Monocrop ecosystems are by definition unhealthy and subject to rapid, debilitating change if one thing goes wrong.

Unlimited new (high-end) office growth is the opposite of a diverse and health economy.

If Wiener’s worried about a lack of office space driving up rents for small businesses, he should be pushing for state legislation that would allow cities to impose commercial rent control.

See, the Bay Area is in a classic situation where the market – for housing and office space – needs more regulation. Office space needs to be limited until housing and infrastructure catch up. Rents and evictions need to be regulated so that existing vulnerable communities are not destroyed.

Wiener is sounding more and more like the neoliberals of the Reagan-Clinton era every day. And anyone with any economic sense now says that the polices of those days have created massive inequality, promoted climate destruction, and are close to causing a global political crisis.

So why are we promoting them in San Francisco?

... plus saving the SIP hotels, cracking down on serial permit scofflaws, and more problems with private prisons. That's The Agenda for Feb. 22-28
Read more
Sponsored link