The culture of deletion 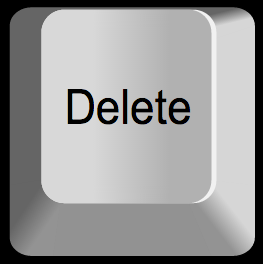 Editor’s note: We’ve been writing a lot about the tech invasion lately, from David Talbot’s speech to Stanford students to my discussion about whether technology is the enemy. Last night, the Chron had a forum on the “Changing Mission.”

And now we present the perspective of a San Francisco native, someone who has seen the transformation of the city, and his community, first-hand.

FEBRUARY 26, 2015 — I recently read the text of author David Talbot’s speech, “Don’t be a Stanford Asshole,” in which he connects the dots between San Francisco and Silicon Valley. He spoke of the incestuous relationship between tech and politics and how the tandem workings of both have caused both positive and insidious consequences to the city of my birth and across the globe.

As impassioned as Talbot’s speech was, I was in somewhat of a quandary. Was he speaking to me, or was he speaking to those who arrived in San Francisco in the last 15 or so years, survivors of the first dot-com boom?

Mind you, as a native born San Franciscan, I have become accustomed to being talked over, looked over and unconsidered. I don’t suggest that Talbot was ignoring born-and-raised San Franciscans like myself, but being someone born and raised in the city, we often occupy a gray area in which we ask ourselves—when a narrative about the city is explored or expounded—is this narrative reflective of my experience, my history, my skin, my roots?

Or is it a reflection of those who have arrived in recent years, who have benefited from my culture—that is, my San Francisco and or/ethnic culture—and the beauty that goes with it, while I—and other native-borns– have not benefited to the same degree?

It is to question your visibility, your voice, your presence. It is to ask yourself, do I even exist? To be a born-and-raised San Franciscan, particularly one of color, is to be invisible, to receive a cursory sideways glance that suggests the question: Oh, you live here too? It is to exist but not be acknowledged. It is to be seen as a hindrance, an eyesore, grudgingly accepted as part of the landscape that is far too nice and picturesque and valuable for you to inhabit—despite your generations as part of the landscape—especially if you’re black.

To be a native born San Franciscan is to be disrespected; it is putting up with the whimsical, often obnoxious hordes that flock here, planting seeds imported from elsewhere without regards for the roots already here.

This phenomenon prompted the late Manilatown poet Al Robles, who was a native San Franciscan and one of the primary fighters in the I-Hotel struggle for housing rights of seniors and all people, to pose this question

Who is to say the

Weeds are not the roots?

Who is to say the

Roots are not the weeds?

Of course, Robles was speaking of the community whose voices were silenced—working class communities of color who Justin Herman, Ben Swig and their descendants saw as hindrances and blight; communities in need of revitalization, a word that is used in the current iteration of the city.

Our communities were black, brown, red, yellow and working class/poor white. It was multicultural before that word became fashionable. It was mestizo and mestiza. It was hapa before hapa knew what hapa was; before some genius mixed rice, spam and seaweed and gave it a name. We had a vibe, a way of speaking, a way of walking that was the city—part black, part brown, part yellow—a vibe that was Frisco.

I know there are those who decry the use of that word. But Frisco represents what isn’t seen in the cutesy postcards from Walgreens. Frisco is everything you don’t want to see; it’s the city that the tech billionaires, the mayor, the minions etc. don’t want you to remember.

It’s the built- up grease in the pots and pans of an abuelita’s kitchen, it’s the southern tongue whose stories speak in the TL, it’s the Filipino World War II Veteranos in SOMA whose lives are written in their faces and are spoken in a silence that make the fog horns seem like a whisper. With such richness of culture, who needs the fuzzy 20-something blue-eyed blond, fresh out of the Peace Corps, to tell us what life’s about?

The San Francisco I grew up with, the culture I came to know by being bathed in it and by tasting its dirt is dying at the hands of another culture—that of deletion.

One by one—communities, lives, homes—are deleted with as much forethought as pushing a button or clicking a mouse. And what better metaphor for the concept of deletion than the tech apparatuses that are abound—encroaching on every aspect of our lives in the name of convenience—but whose convenience?

The tech industry has carved its reality into the city, its presence felt in every crevice—from the gentrification-induced murder of Alex Nieto to San Francisco kids having to duel a group of entitled, obnoxious tech boys over who gets to play (or pay) in the playground. The kids—and I don’t refer to the young folks who stood their ground at the Mission Playground—the tech kids (it would be disingenuous to refer to them as men or adults) who have no reflection, no respect, no regard, and no foresight—have taken over. Their values are quickly becoming the rule in San Francisco—and the city is going to hell—not in a hand basket, but in an app.

It is these smug, so-called clever—the folks Talbot’s speech referred to as assholes—that are laughing, drinking, smirking, taking more than their share, at our expense, laughing in our faces, so self-assured in their genius, sauntering to the bank while the rest of us subsidize them and their self-centered frat boy obnoxiousness.

I’m tired of the bullshit, aren’t you? The city has rolled out the red carpet for tech priests and priestesses, but that carpet is stained with the blood of eviction and removal; it is stained with the shoeprints of arrogance and a lack of grace, manners, tact, dignity or respect. It is stained with the blood of our elders that are being preyed upon daily by real estate speculators, real estate agents and their appendages whose only work is destruction of people and communities. It is being destroyed by 20-something tech millionaire idiots who want the world to believe that they are about a “sharing economy.

To them I pose the question: Why haven’t your “sharing” hordes offered housing to the victims of the Mission street apartment fire that left many elder and families homeless? We native born San Franciscans know the answer (and you don’t have to be a native born to know this).

What they want is a tailor-made San Francisco exclusively for them, complete with artisan this and that, windows painfully buffed to a shine while dinky little cupcakes await in quaint display cases—equally buffed. They want community, all right — a golden gated community. They want their own private Disneyland on their terms.

Make no mistake, the city is dying. It may look alive on the surface with cranes and buildings stabbing into the skyline, but it is a wrinkled postcard with a facelift, a world class city reduced to an app.

The impending earthquake that is sure to hit San Francisco is spoken of with a tone—from some—that appears to welcome that event. But to me and many other born-and-raised San Franciscans (particularly of color), the earthquake has already happened. When the real on comes it will be a mere afterthought, a whimper compared to the evictions and the effects they have had on the health of seniors, the disabled, on the families who are now without housing. And yet, the mayor acts as if these things haven’t happened.

This month was the birthday of my uncle, the late Al Robles, who spent much of his life fighting for the rights of elder tenants in Manilatown and the International Hotel. As current board president of the Manilatown Heritage Foundation, I am disgusted by what has been allowed to happen to seniors and communities of color in the city—a city that bends over backwards catering to and coddling entitled tech idiot millionaires, real estate speculators, the owners of big boats and those who profess to share but share nothing, contribute nothing.

The mayor recently spoke of the I-Hotel struggle at a gathering of a Filipino community center that has served the community for many years. From what I understand, he was once a tenant lawyer.

Tony Robles is co-editor of POOR Magazine and board president of the Manilatown Heritage Foundation. He is the author of the upcoming book, “Cool Don’t Live Here No More–A Letter to San Francisco,” to be published this spring by Ithuriel’s Spear Press.