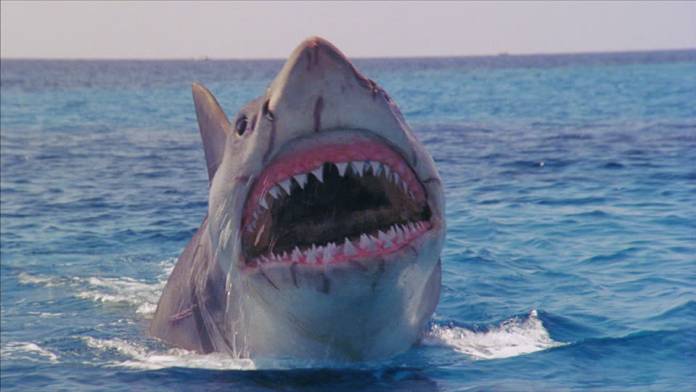 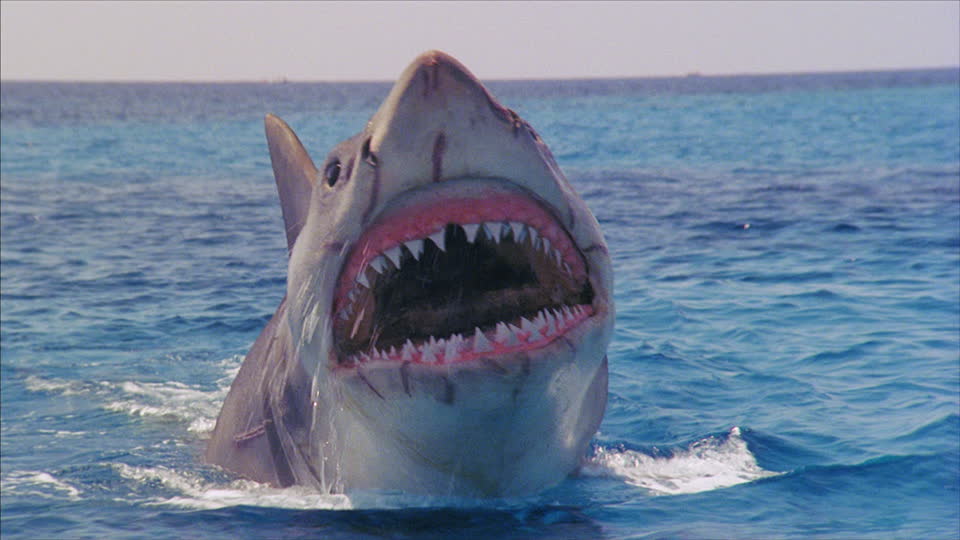 "Black Panthers in '68," Damsel, Breath, and more in cinemas this week. Plus, details on how you can help save Opera Plaza Cinemas.

SCREEN GRABS Important note: The Opera Plaza Cinemas, which comprise four among the ever-shrinking number of remaining arthouse screens in the Bay Area, is at risk of closing—the theater wanted to renovate in order to improve its screens/seating, and the space owner responded by demanding an unaffordable rent hike. There will be a hearing in City Hall Room 400 on Thursday June 28 sometime after 1 pm [depending on how the day’s agenda proceeds] for the Planning Commission to discuss this, with time allotted for brief statements by members of the public. Sufficient public support for the cinemas could prevent SF from hemorrhaging yet another important piece of what has long been considered “a great city for film lovers.” If you can’t make the meeting, contact the Planning Commission with your concerns at pic@sfgov.org or 415 558-6377.

Probably the most surprising box-office hit of the year so far—and not just in liberal enclaves like the Bay Area—has been RBG, about the sanest remaining voice on the U.S. Supreme Court. A week that brings little of new of major note to the multiplexes (it’s a rare summer pause in the onslaught of CGI-driven popcorn fantasies) nonetheless brings several fresh documentaries for those whose taste was whet by RBG, or the recent SF Docfest for that matter.

Opening on Friday are Eating Animals, which will tell you probably more than you really wanted to know about why today’s factory farming is terrible for your health and the planet’s; Five Seasons, profiling innovative landscape designer Piet Oudolf’s decades of globe-spanning work; and The Most Unknown, whose nine diverse scientific experts set out on assigned quests to stray from their individual fields of expertise in pursuit of some basic yet elusive truths. All are opening at various venues in SF and the East Bay.

For nonfiction stimulus of a more vintage variety, check out the Roxie’s “Black Panthers in ’68” program this Thursday, June 28. Presented in collaboration with SF State’s Africana Studies Dept., the program will feature rare shorts by Agnes Varda, Amiri Baraka and California Newsreel depicting the leading Black Power movement organization’s activism a half-century ago. Back then, conservatives were all in favor of drastically limiting civilian “Second Amendment rights”—Governor Reagan did exactly that, albeit only when confronted with the reality of the Panthers arming up publicly. Alas, his banning of “open carry’ because black people were doing it has proven very difficult to replicate all these years later, despite our current wee societal problem with disgruntled white folk shooting strangers and schoolmates en masse.

If all this is way too serious for your summertime taste, consider Sundown Cinema, a new, free monthly outdoor film series at various SF locations through late Sept. It starts this Thursday night, June 28, with the great idea of screening Little Shop of Horrors (the musical version) at the Conservatory of Flowers in Golden Gate Park. Food trucks will be accessible; BYO blankets.

BREATH There’s been no lack of good surfing documentaries over the last 50-odd years, but just try to think of a really good narrative feature on the subject. Most likely the best you can come up with is Point Break, or Big Wednesday, or even Gidget—and let’s face it, those are guilty pleasures, not good movies. Ergo actor Simon Baker’s directorial debut is particularly welcome, as it’s a fine drama by any standard.

Based on leading Australian novelist Tim Winton’s novel, it chronicles the coming-of-age of two young teens (Samson Coulter, Ben Spence) who are just mucking around with styrofoam boards when their dedication gets the attention of somewhat mysterious Sando (Baker). Seemingly just another hippie “surfie” in their ’70s coastal environ, he’s well into mentoring the boys’ wave riding before they realize he’s one of the world’s more famous practitioners of the sport.

Breath avoids nearly all standard inspirational notes; these characters (also including Elizabeth Debicki as Sando’s pretty but argumentative “old lady”) and their relationships are complicated, often discordantly so. Nor does the movie provide the footage of spectacular aquatic athleticism you might expect—it stays true to the fact that its protagonists are just talented beginners. But the film’s combined warmth, toughness, and subtlety provide other, deeper rewards. Not only does Baker do a fine, self-effacing job as director, his performance also centers the film in an unshowy but moving way. Roxie.

DAMSEL
Longtime festival favorites (including numerous appearances at SF International), Texas’ Zellner Brothers have slowly been working their way toward broader audiences, with their last feature Kumiko, the Treasure Hunter a modest arthouse success. This new enterprise is another oddball road-trip comedy, albeit set 150 years ago or so in the American West. Robert Pattinson plays a well-off frontier suitor to Mia Wasikowska, and David Zellner as the parson hired to marry them. Or so we assume—but then no one is quite as they initially seem in this insistently quirky tale.

Handsomely shot on beautiful locations by Adam Stone, attractively scored by The Octopus Project, it’s got the Zellners’ off-kilter sensibility in spades, even if it ultimately earns more points for eccentricity than for entertainment value. If you liked Jarmusch’s equally odd and rambling Dead Man, you might find this your kind of revisionist Western, as well. Opera Plaza, Shattuck Cinemas. https://www.landmarktheatres.com/san-francisco/opera-plaza-cinema/film-info/damsel

LEAVE NO TRACE
A more somber companion piece to Captain Fantastic a couple years ago, Debra Granik’s feature (based on a novel by Peter Rock) is about a family living even farther “off the grid,” trying to avoid nearly all contact with mainstream society. Will (Ben Foster) is a PTS-afflicted veteran who’s chosen to live in the Pacific Northwest wilderness, subsisting almost entirely and near-invisibly off the land itself. His sole companion is motherless teenage daughter Tom (Thomasin Harcourt McKenzie), who seems content with their industrious yet tranquil isolation.

But the duo are at risk of discovery—legally, their residency here constitutes trespassing on public parklands—and sooner than later, their luck runs out. Adjusting to even the least contact with others, let alone dealing with forced conventional shelter, employment and “rules,” is very difficult for Will to bear. Yet such things grow attractive to Tom, leading to inevitable conflict between a father who’s rejected society and a child who’s never before been a part of it. A good fit for the director of Winter’s Bone, this handsomely shot tale would provide great discussion fodder for 12-and-up kids and their parents. At area theaters.

JAWS AND DUEL
It’s hard to remember a time when summer moviegoing wasn’t dominated by expensive, heavily advertised escapist blockbusters specifically targeting seasonal (i.e. out-of-school kids’) tastes. In fact, there’s no reason why anyone under 50 or so would remember such a time. But ’twas not always so. In fact the very concept of a “summer blockbuster” didn’t exist until Jaws more or less invented it 43 years ago.

This first hit by young Steven Spielberg was a troubled production not expected to be particularly successful at all. (Two years later, his buddy George Lucas’ original Star Wars was likewise launched with very low expectations by its studio.) But the shark-attack thriller wasn’t just popular—it was popular on a level that the industry had literally never seen before, surpassing The Godfather in less than three months as the highest-grossing North American release ever. It soon lost that crown to Star Wars, and between them the two mega-hits would get blamed for Hollywood’s gradual abandonment of riskier, more adult subjects in favor of juvenile thrills—and in pursuit of equally sky-high profits.

Still, you can’t hate Jaws. It’s good-humored, scary, warmly human, and jolting when it needs to be. This one-day Castro revival is nicely paired with the TV movie that got Spielberg promoted to the big screen: 1971’s Duel, a minimalist thriller in which an Average Joe motorist (Dennis Weaver) finds himself terrorized over many California backroad miles by an ominously unseen big-rig driver he’s managed to offend. This simple construct was executed with such virtuoso skill by the then 24-year-old director that Duel (made for broadcast as an “ABC Movie of the Week”) was released to theaters overseas. It’s an important historical footnote that’s still solidly entertaining. Tues/3, Castro. More info here.

Screen Grabs: Queens on parade, from Capote to ‘Jamie’

Ten years later, remembering the movement that gave us "We are the 99 percent" and put economic inequality on the national agenda.
Movies