A peek at pre-Internet SF

Filmmaker Peter Paul Jacques looks at the wild way we lived in 'SF89: San Francisco Before the Internet.' 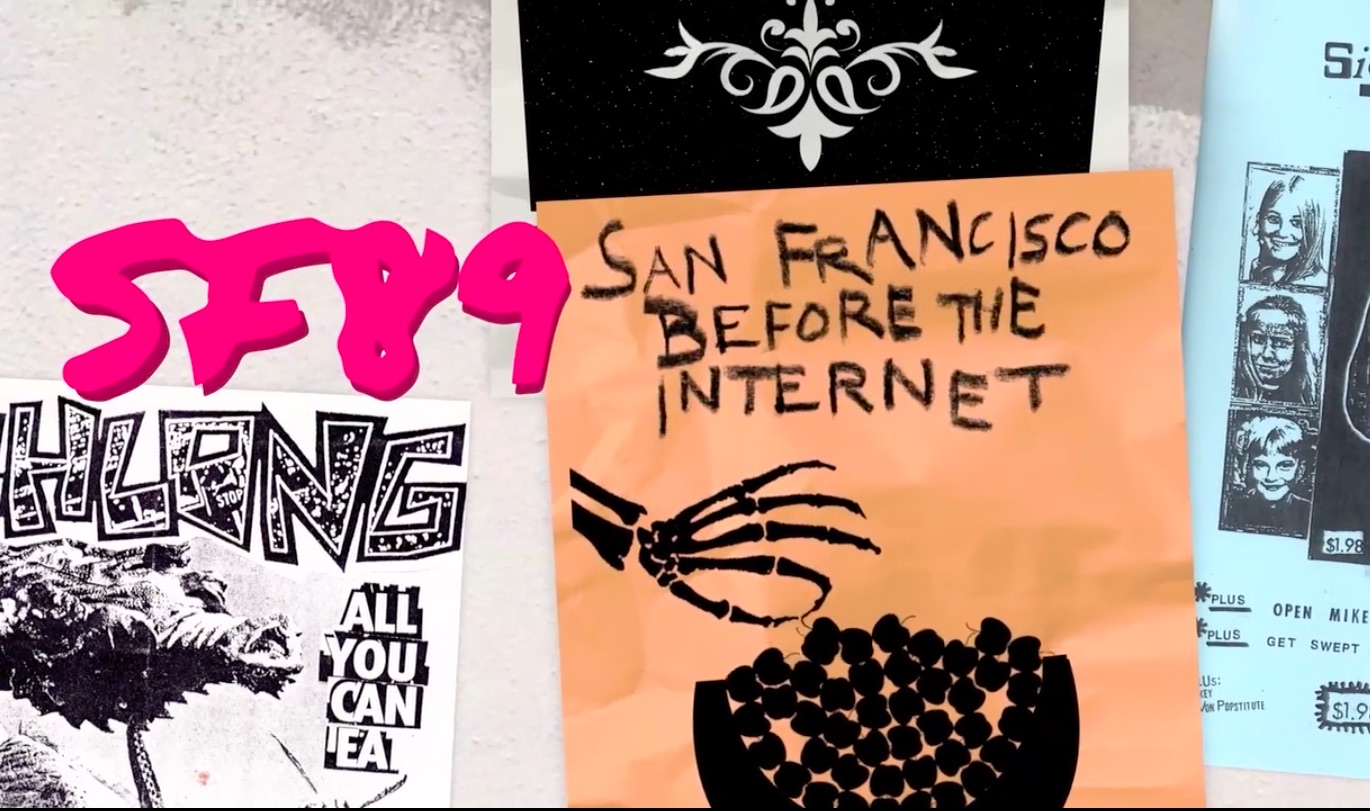 ARTS FORECAST In start-up clogged SF, nostalgia for a time before the Internet was capitalized has certainly been growing. On September 13, a new film called Stand Up, Stand Out, that documents the lively Valencia Rose performance and comedy scene of the ’80s gets a screening. In February, a show of nightlife photography from 1986-1994 opens at the GLBT History Museum (I’m curating it).

And, if the crowdfunding goddesses (that’s you) see fit, we’ll soon see SF89: San Francisco Before the Internet up on a silver screen. Director Peter Paul Jacques is revisiting the heady days when you used to have to rely on the listings in the Bay Guardian to find a show (and Roommate Referral in the Haight or Rentech in the Castro to find a housemate) by interviewing nightlife, arts, and wild personalities from the time and showing some great archival footage.

SF89’s pitch reads: “Like many before them, 1980s youth arrived in San Francisco seeking good times and an unconventional life. Thirty years later, this ‘last analog generation’ fondly recalls their young lives in the city before the tech boom and grapples with change, both personal and societal.” I spoke with Jacques about how it’s all coming together.

48 HILLS What specifically inspired you to make the film?

PETER PAUL JACQUES Back in late 2012, I was at a show at Oakland’s Uptown with a few people who had also been sort of San Francisco groovy kids in the 80s and 90s. We were sitting in the balcony talking and sipping drinks when the subject of an old haunt came up: the Casa Loma at Fillmore and Fell. It was a sort of clubhouse for the 20-somethings of the neighborhood. Wild and crazy and very mixed- gay and straight, bikers, drag queens, and college students.

Everyone’s eyes lit up and we kind of went into a reverie talking about that place and time. I had experienced this before talking about those days and said “Someone should make a documentary about that!” I immediately texted my friend Jenny and asked her if she wanted to help make a film. As time went on and the project started taking shape, going from the Casa Loma to the Lower Haight to just SF at that time in our experiences. Particularly nightlife and creative pursuits we engaged in. Slowly, I began to realize that this little world we were a part of was never really talked about; that I was onto something out of the ordinary and maybe there would be an audience for it.

48H What are a couple of the most striking, sublime, or just plain crazy differences between that time and now in SF? (Besides the Internet, of course!)

PPJ For one it was rougher, dirtier, and you lived in the remains of history; the bars you went to, the places you lived and worked were literally from another time with just several coats of paint. We sought that out. We didn’t want to live in box-like condos. Many of us left our hometowns to get away with that ugly, modern, tacky shit, sliding glass doors and wall-to-wall carpeting. We wanted tattered, velvet drapes and creaky stairs and we sure got it. Rents were cheap but yeah, the places were rundown. We decorated them though! I still remember going to Manhattan for the first time and seeing the tiny, dark apartments people lived in. I was used to these huge open, airy flats! I still prefer a rundown house with some character to a sterile box. But look at all these condos now. They all look the same.

The people seemed different then- they were San Franciscans! They had opinions on things and did things differently—nobody went to a chain store if they could help it. They hated McDonalds and Denny’s. They supported the opera and the symphony and went to warehouse parties and protested in the streets at the drop of a hat! It was amazing. We, who came to SF then wanted to be here—to BE San Franciscans. Now people come and bring all their suburban tastes and demand their comfort. San Francisco has to accommodate THEM. It’s all about convenience: Starbucks, the Metreon, San Francisco Center—all built for suburban visitors. The joke is that now the city is terribly inconvenient; the traffic, the parking, the long lines of people waiting for everything. It’s ridiculous.

48H I love that you’re interviewing so many artists and nightlife denizens—what are some of the things they’ve said that have really stood out to you?

Mostly that they didn’t come to SF to “make it” or get rich. That would’ve been laughable. They came with the joy of being part of something weird and arty. They all say that they felt embraced by the city and told they could do anything they wanted. Make art and show it! Play 30’s jazz on the street corner! Write a play and perform it! Fund it with a lemonade stand or sell counterfeit fast passes or grilled cheese sandwiches at the bar for a dollar. Wear a wig and roller skate to work every day- whatever. It was all so DIY. The idea was to live your art if that makes sense.

You can find out more about SF89 here and its crowdfunding effort here.