Edwardian Ball, Movement Arts Festival, Lyrics Born, Mercury Soul, Pink Mammoth, and so much to do this weekend 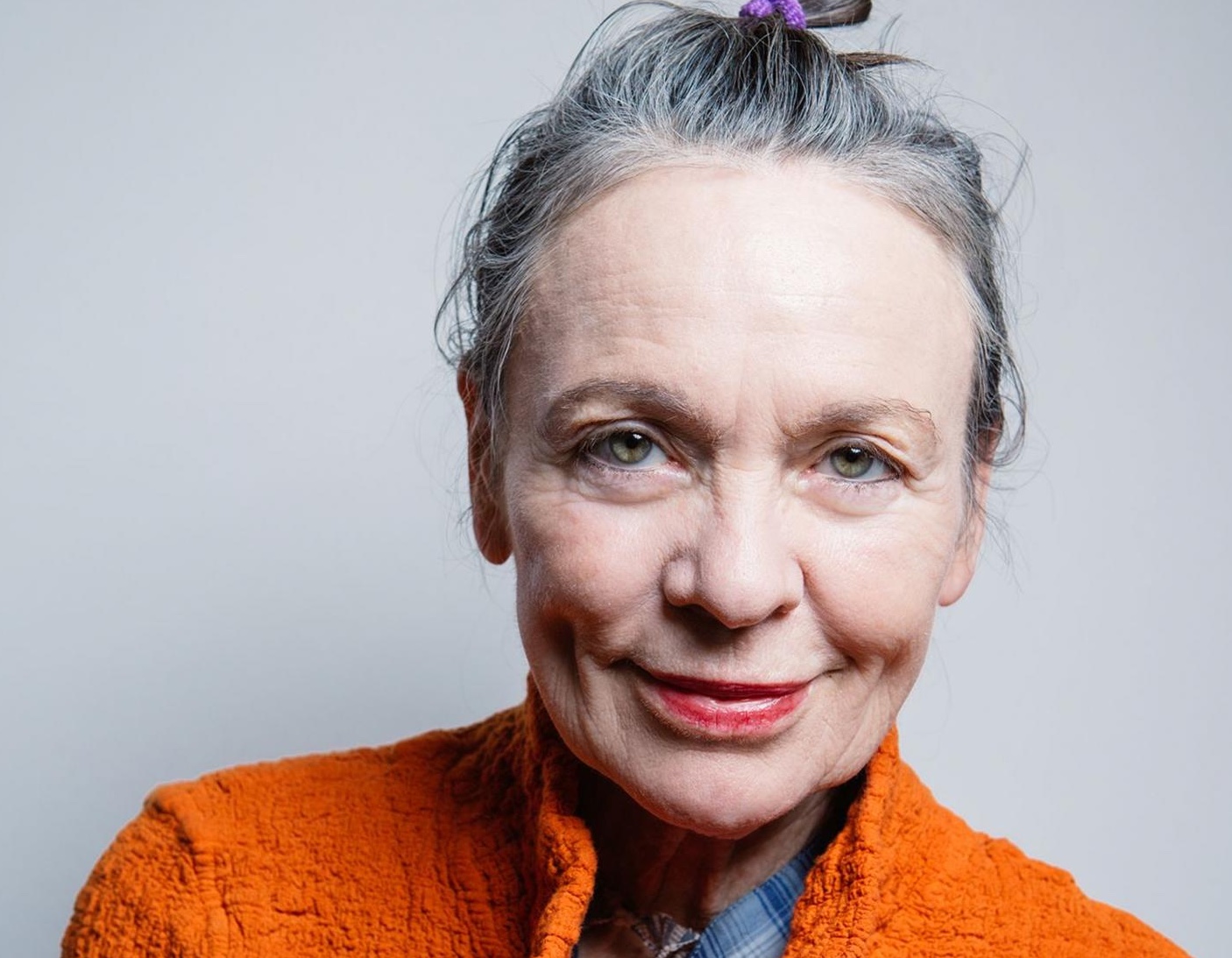 ARTS FORECAST The shock of hair seems to have been tamed into a tiny ponytail atop her head, but electro-poetic pioneer Laurie Anderson certainly hasn’t lost any mojo—this weekend Thu/24-Sun/26 she holds a residency at SFJAZZ, performing four different programs with a variety of guests, including Mr. Bungle and Faith No More frontperson Mike Patton, Albanian cellist Rubin Kodheli, and bass virtuoso Christian McBride. (She’ll also perform a solo show on Saturday, showcasing bits of her new book.) I’m fully prepared to be overcome with emotion—cold and ironic, yes, but still striking—when she comes on, and I better see some pixie boots and cat-eyed sunglasses in the audience, as well as some electric-blue skinny ties.

Anderson is just one of the fantastic things on tap for the weekend. It’s also the official lunar new year on Sat/25. The big Chinese New Year Parade and Festival isn’t until February 8, but why not slip down to Chinatown anyway and enjoy a delicious holiday without the surging crowds. (On Fri/24, China Live hosts a special Shanghai 1920s Ball. Or hey, duck the fireworks with an insanely strong Mai Tai at Li Po Lounge.)

All of this is to say that I know, I know, it feels like everything is closing right now—we’re losing things left and right (and we have a big article coming on that). But there’s still tons of magic in the city, if you step outside and find it.

ONGOING THROUGH FEBRUARY 9 STAGE NOURA “Eight years after fleeing their home in Iraq, Noura and her family celebrate Christmas, and their new life, in New York City. But when the arrival of a visitor stirs up long-buried memories, Noura and her husband are forced to confront the cost of their choices; the past they left behind. Inspired by stories from Arab-American women and created in response to Ibsen’s A Doll’s House, Heather Raffo’s Noura charts the intricate pathways of motherhood and marriage—and the fragile architecture of what we call home.” $10-$40. Marin Theatre Company. More info here.

FRI/24 MUSIC FRENCH CASSETTES Fiesty local indie foursome French Cassettes has been making lovely music for almost a decade now, and you should go see them live for some really good vibes and warm fuzzies. Also they should be way more famous, but for now we have them as our big little secret, together. With Zelma Stone and Fast Times. 8pm, $10. Rickshaw Stop, SF. More info here. 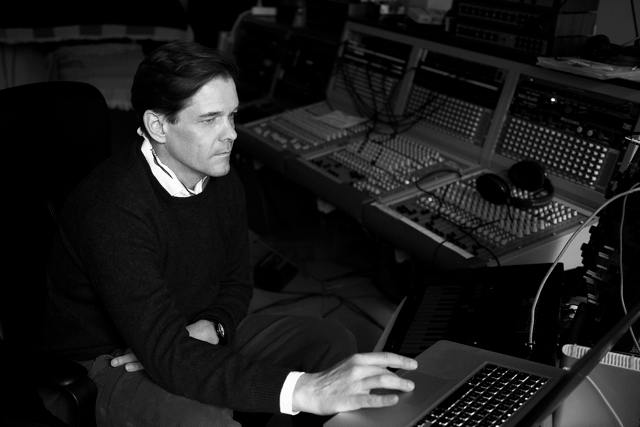 FRI/24 MUSIC MORITZ VON OSWALD: AKLAMATION “Legendary electronic music innovator Moritz von Oswald presents a new live show entitled Akklamation. This performative composition unifies the expansive and divergent musical paths of the electronics master. From his origins in the German new wave, to his pioneering work in the intersection of dub and various strands of electronic music, to his more recent forays into the fringes of experimental music and composition, Akklamation serves as an investigation into the future of rhythmic structures, timbral architecture, and an exploration of the psycho-physical effects of repetition.” 8pm-11:30pm, $20. Gray Area, SF. More info here. 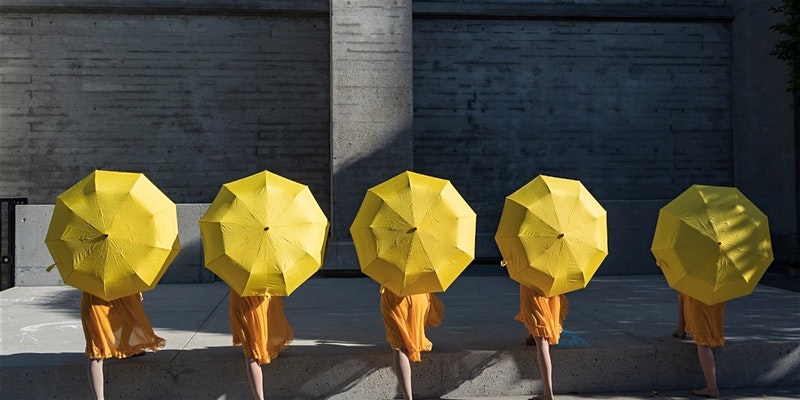 FRI/24 DANCE SAN FRANCISCO MOVEMENT ARTS FESTIVAL Grace Cathedral will be transformed into an enormous colorful stage—a canvas, really, for several performances at once—in the sixth year of this awesome event. “Each Station of the Movement (12+) will feature up to six groups performing & rotating short pieces (4 minutes or less). Each STATION will be its own mix of repertoire to include modern dance; ballet; ethnic; ballroom dancing; Movement Choirs and much more. In addition, artists will be exploring subjects of female empowerment; artistic beauty; social issues; cultural heritage; personal loss; family love and beyond.” 6pm-8:30pm, $28-$45. Grace Cathedral, SF. More info here. 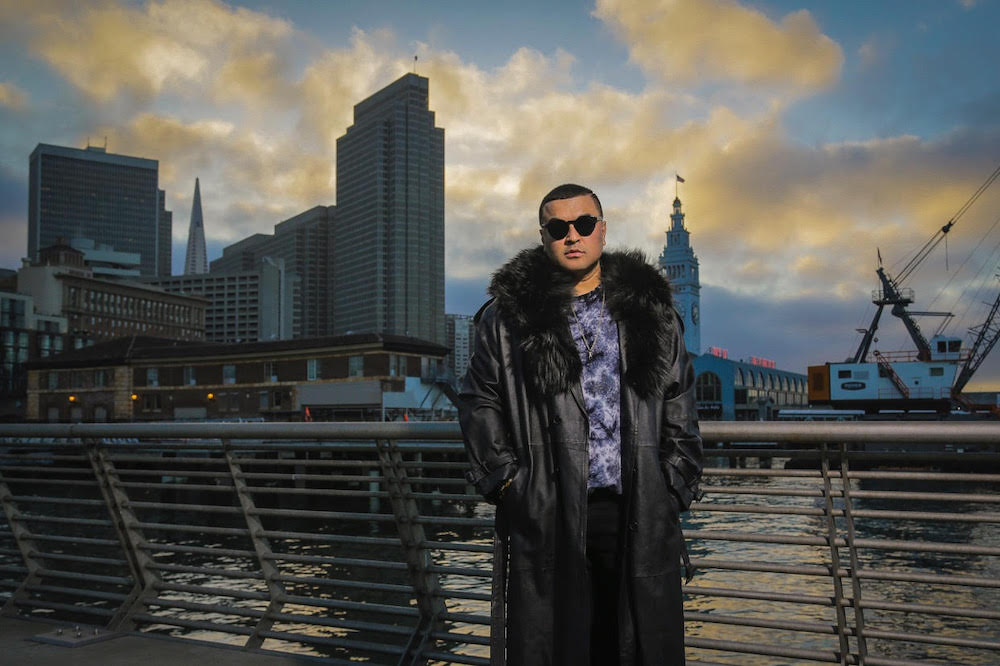 FRI/24 MUSIC LYRICS BORN One of the Bay Area’s seminal rappers (and a true genius of the art) showcases his latest album, Quite A Life in Mill Valley. The Tokyo-born performer has been spitting for more than two-decades, but he’s been back in the spotlight since film spots in Boots Riley’s Sorry To Bother You and Always Be My Maybe with Ali Wong. Can’t wait to hear what he has up his sleeve. Doors 8pm, $20-$25. Sweetwater Music Hall, Mill Valley. More info here. 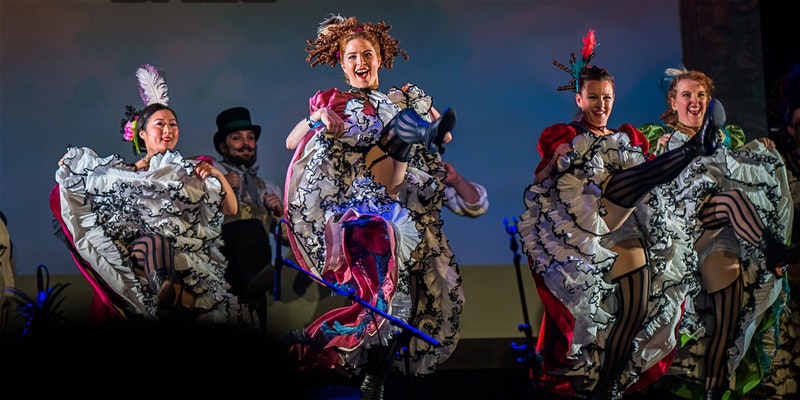 FRI/24 and SAT/25 NIGHTLIFE EDWARDIAN BALL + EDWARDIAN WORLD’S FAIR Our Edwardians are being gutted, just like our Victorians, by real estate interests —but the good ol’ steampunk spirit of this 20-year tradition shines on. “Two days of music, dance, fine art, theatre, circus, gaming, storytelling, costumes, vending, oddities and of course, the art & stories of our patron saint Edward Gorey! 2020’s theme glistens in nobility as “The Golden Tale” – an apologue of the vast community of artists, dreamers, bards and bastion that have built the Edwardian Ball into the magnificent happening it is today. 8pm-2am, $25-$180. Regency Ballroom, SF. More info here. 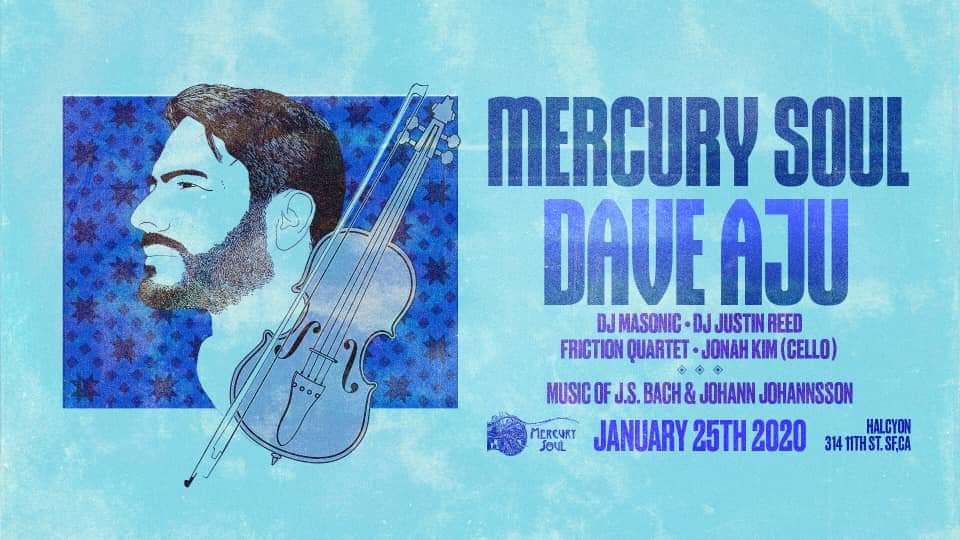 SAT/25 NIGHTLIFE MERCURY SOUL Techno mixed with classical? I don’t know how the Mercury Soul crew does it, but for the past five years they’ve sold out shows that highlight the two genres’ deep affinities. This evening, longtime SF techno producer Dave Aju brings his deep vibe to bear on the classics, including Mr. Bach himself. 9pm-2am, $22. Halcyon, SF. More info here. 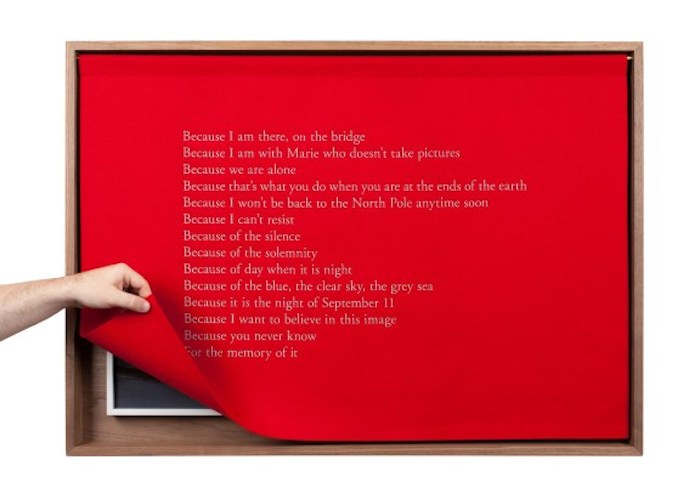 SAT/25-MARCH 21 ART SOPHIE CALLE: BECAUSE “For almost 40 years, Calle has made work that exposes intimate experience to public view, using still images, video, film, books, performance and text. Her work has often drawn from difficult moments in her personal life. ‘In the process of turning these experiences into art, they somehow become a type of fiction,’ she has said. ‘Because’ is an exhibition of new works on view for the first time in the US In each piece, a felt curtain embroidered with Calle’s writing conceals a hidden photograph behind it. In presenting viewers with the text before the picture, Calle upends the usual order in which images are read, creating a poetic surprise or puzzle.” Opening reception: Sat/25, 1pm-4pm, free. Fraenkel Gallery, SF. More info here. 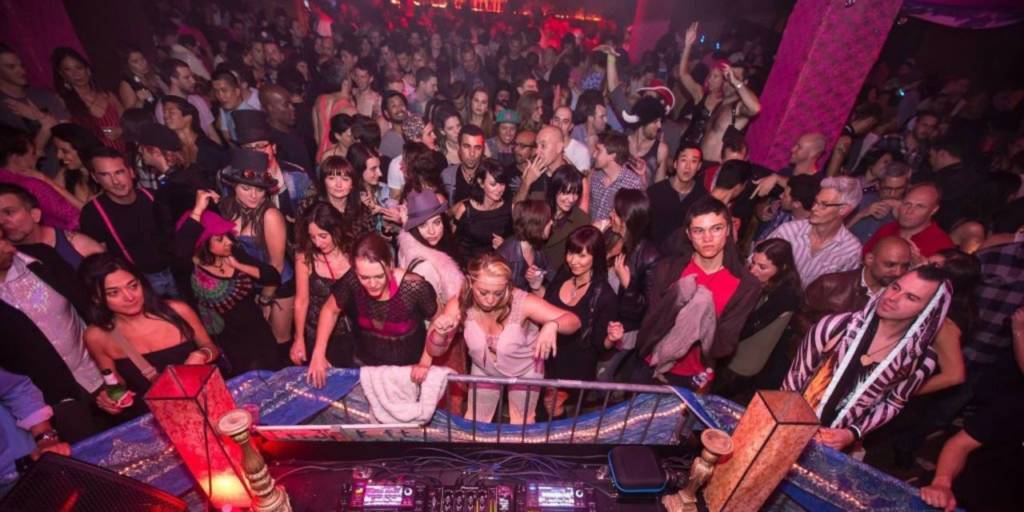 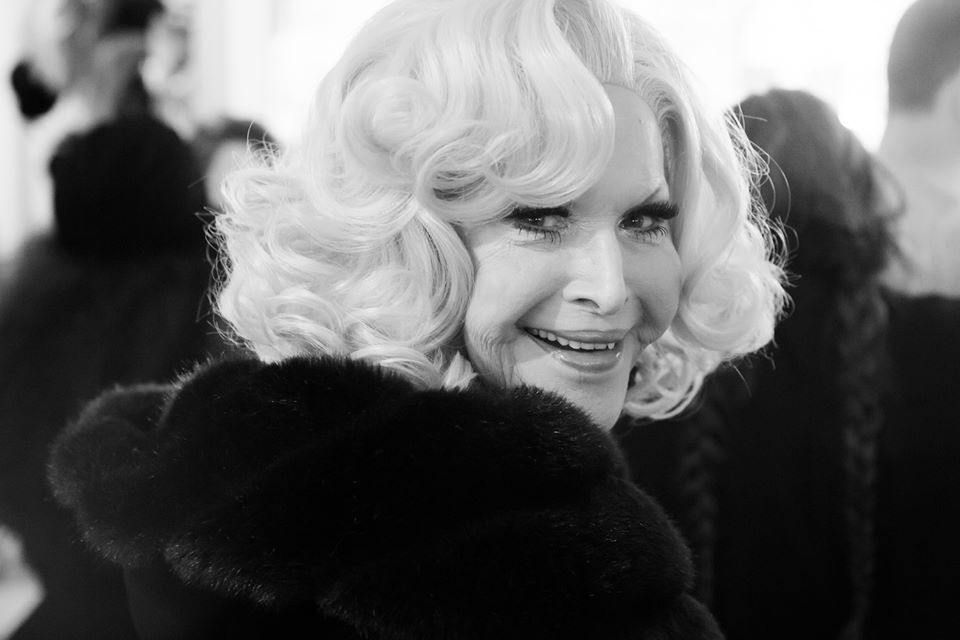 SUN/26 STAGE AN EVENING WITH GINA LADIVINA Our reigning queen of queens, the very legendary Gina LaDivina, has been gracing stages for six decades—and now she brings her new one-woman show to Oasis for an intimate debut. Special guest appearances by Katya Smirnoff-Skye and Dulce De Leche will make for a warm, fascinating, and glamorous evening. 7pm, $20. Oasis, SF. More info here.