Looking to sharpen your knowledge or inform your neighbors? This list by Victoria Lynn Alexander covers everything from donation funds to deep reading.

Amid the latest protests against institutional racism, many are looking to sharpen their own knowledge and talk to their neighbors about how they can understand and change what’s been going on in this country for, oh, the past 500 years. University of Southern California Professor of Education Victoria Lynn Alexander (specializing in racial and social equity) has put together a fantastic Google Doc that functions as an A-Z of everything you need to start those necessary conversations—and preparation for the election and beyond.

In the doc, which you can read here, Alexander explains terms like “implicit bias” and “self-interrogation” and goes on to recommend organizations, actions, and reading materials that lay out a path to recognizing and rooting out racism. Videos, magazine articles, donation funds, and links to protest rallies are all included.

The whole thing is worth your time and bookmark, but we’re reprinting the donation fund section so you can take immediate action to help now. Then, crack into Alexander’s reading list and have an eye-opening month.

We believe that paying bail for someone in need is an act of resistance against a system that criminalizes race and poverty and an act of solidarity with local communities and movements for decarceration. Over the next five years, The Bail Project will open dozens of sites in high-need jurisdictions with the goal of paying bail for tens of thousands of low-income Americans, all while collecting stories and data that prove money bail is not necessary to ensure people return to court.

BALT is committed to building the power of the local Movement for Black Lives. We take our direction from community-organizing groups who are on the ground, and we respect the leadership of local activists. BALT is committed to anti-racist practices and to black leadership. BALT is dedicated to politically-conscious lawyering and to using creative, collective solutions to support the Movement for Black Lives in Baltimore.

#BlackLivesMatter was founded in 2013 in response to the acquittal of Trayvon Martin’s murderer. Black Lives Matter Foundation, Inc is a global organization in the US, UK, and Canada, whose mission is to eradicate white supremacy and build local power to intervene in violence inflicted on Black communities by the state and vigilantes.

Since 2017, Black Visions Collective, has been putting into practice the lessons learned from organizations before us in order to shape a political home for Black people across Minnesota. We aim to center our work in healing and transformative justice principles, intentionally develop our organizations core “DNA” to ensure sustainability, and develop Minnesota’s emerging Black leadership to lead powerful campaigns.

This fund is established to cover funeral and burial expenses, mental and grief counseling, lodging and travel for all court proceedings, and to assist our family in the days to come as we continue to seek justice for George.  A portion of these funds will also go to the Estate of George Floyd for the benefit and care of his children and their educational fund.

Higher Heights Leadership Fund’s work is to elevate Black women’s voices to shape and advance progressive policies and to provide opportunities for these women  to build their leadership skills, through training programs, civic engagement, and networking opportunities.

Breonna Taylor was an award-winning EMT and model citizen. She loved her family and community. She worked at two hospitals as an essential worker during the pandemic. One month ago, a division of the Louisville Police Department performed an illegal, unannounced drug raid on her home. Not a single officer announced themselves before ramming down her door and firing 22 shots, shooting Breonna 8 times, killing her. Not only were the police at the WRONG HOUSE, but the man they were looking for had already been arrested earlier that day. 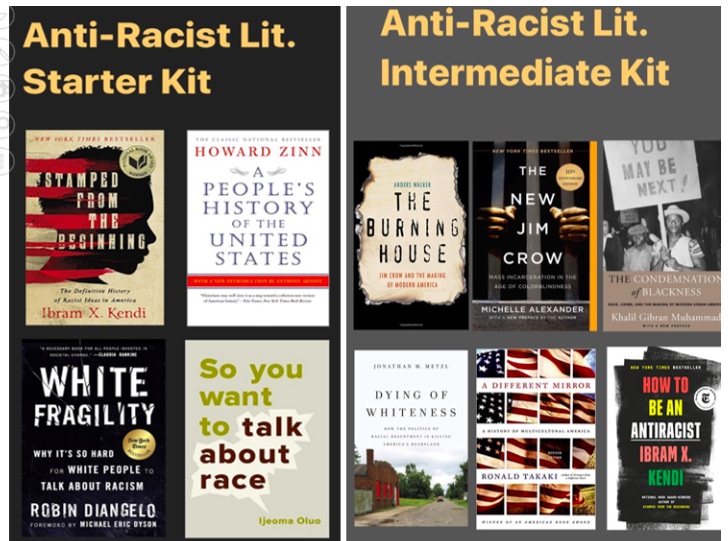 The Louisville Community Bail Fund exists to not only bail out folks, but provide post-release support to get them from jail, fed, and to a situation of safety. LCBF also maintains a focus on preventative measures for those targeted by law enforcement and threatened with incarceration.

The Massachusetts Bail Fund pays up to $2,000 bail so that low-income people can stay free while they work towards resolving their case, allowing individuals, families, and communities to stay productive, together, and stable.

The Freedom Fund remains committed to #FreeThemAll. We say again: it is wrong to cage people, to jail those who are not a risk to themselves or their communities, to imprison those who cannot afford to pay the ransom of bail, and to hold in detention those whose “crime” is being born in a different part of the world.

While we are living in a moment unlike any we have seen before, LDF will continue to work to protect the most vulnerable in our society. During this public health emergency, the fight to defend our civil and human rights has never been more critical. Donate today to help us win landmark legal battles, protect voters across the nation, and advance the cause of racial justice, equality, and an inclusive society.

To help African-Americans and others in underserved communities achieve their highest true social parity, economic self- reliance, power, and civil rights. The League promotes economic empowerment through education and job training, housing and community development, workforce development, entrepreneurship, health, and quality of life.

Los Angeles-based fund helping to pay for legal support, bail, fines, and court fees for arrested protesters in the city, as well as medical bills and transportation for injured protesters, supplies for field medics, and direct support to L.A.’s Black Lives Matter chapter.

Reclaim the Block began in 2018 and organizes Minneapolis community and city council members to move money from the police department into other areas of the city’s budget that truly promote community health and safety. We believe health, safety and resiliency exist without police of any kind. We organize around policies that strengthen community-led safety initiatives and reduce reliance on police departments.

He was out for a jog when he was chased down, shot, and killed by two white supremacists. We must demand the justice he deserves. Call 770.800.0689 to demand justice for Ahmaud right away.

The SPLC is dedicated to fighting hate and bigotry and to seeking justice for the most vulnerable members of our society. Using litigation, education, and other forms of advocacy, the SPLC works toward the day when the ideals of equal justice and equal opportunity will be a reality.

We are on a mission to rid us of mass incarceration, voter suppression, and urban gun violence. Woke Vote is here to challenge politicians that think about neglecting and exploiting our communities. By supporting progressive, righteous leaders and holding them accountable, we are reclaiming power and promoting justice for all.

UNCF envisions a nation where all Americans have equal access to a college education that prepares them for rich intellectual lives, competitive and fulfilling careers, engaged citizenship and service to our nation.