The supersizing of Soma

Massive Fifth and Mission project could lead to massive displacement. Does the Chronicle remember the I-Hotel? 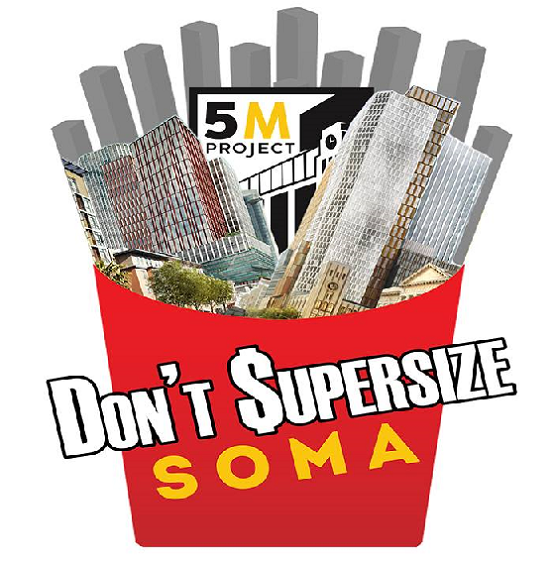 SEPTEMBER 2, 2015 — August 4th marked the 38th anniversary of the eviction of elder tenants from the International Hotel.  That event changed the landscape of the city’s policies towards tenants, who make up the majority in San Francisco.

Fast forward to 2015.  SF has drunk from the bottle of milk of amnesia.
The calls for housing justice have fallen on deaf ears. Our mayor, who
prides himself on having been a part of the I-Hotel struggle—highlighting his time as a tenant lawyer—has clearly morphed into what he detested those many years ago when Manilatown fought for its survival.

Mayor Lee has tried to sneak an ordinance through the back door that
would fast track approval of the 5M project at 5th and Mission. The
massive luxury office and condo towers that the developers, Forest City,
wants to build will surely cause more displacement, gentrification, and
evictions in San Francisco’s Filipino community now in the South of
Market and the other low income residents in the nearby SROs, senior, and
rent-controlled housing.

The ordinances come without public discourse, but private discourse, to be facilitated in a bubble free of scrutiny and critique. Oh, the pay-to-play advantages one gets with the qualification of being called a developer.

Politicians like to invoke the name of the I-Hotel at community events and in speeches—as if uttering the name absolves them of their complicity in the city’s current housing crisis.  Meanwhile, seniors and, the disabled, and families live in a state of fear of being evicted, just as they did during the I-Hotel fight.

Those who remember the early morning of August 4, 1977 cannot forget the
images of 3,000 supporters locking arms, surrounding the hotel, defying the sheriffs, police, city so-called fathers, planners, developers—in short, the mechanisms in place that would extricate seniors from their homes with no alternative housing.  The eviction of elders from the I-Hotel is a wound that many still feel, a hurt that many remember these many years later.  My late uncle, poet Al Robles, tenant leader Emil DeGuzman, the late Bill Sorro, students and artists of many backgrounds refused to forget the elders who were evicted because their lives, histories and unheard narratives were the undercurrent of a Filipino community that endured much hardship in America but was resilient
enough—as elders who had survived—to fight back the developer, the real
estate interests, the politicians, all intent on wiping them from the
city’s memory.

The Filipino community is once again facing encroachment of its
community—this time in Soma by a developer, Forest City, facilitated
by the mayor and the Planning Department.  Forest City wants to carve into the
heart of the neighborhood— a four-acre acre site on 5th and Mission where
the Chronicle building stands, bordered by Howard and Mary Streets.

The Hearst Corporation owns the land that 5M is being developed on, and the
Chronicle folks who recently produced a video piece, “This Forgotten Day in San Francisco History. It comes full circle.

The Chronicle piece was short, hosted and narrated by Michael Callahan.
The piece showed iconic images of the I-Hotel eviction and background
about the struggle—who lived there and why people were fighting against
its demolition.  While the attention given to the I-Hotel struggle in
the media is appreciated, the Chronicle piece—as polished and
technically well-produced as it was—came across as a sort of TMZ feel-good techie-tinged travelogue through time and space.

Firstly the title “This Forgotten Day in San Francisco History” is
misapplied when applied to the I-Hotel struggle.  My question is who
forgot?  As president of the Manilatown Heritage Foundation—whose
mission is to preserve the legacy of the I-Hotel—I come into contact
with people who remember the I-Hotel evictions and the profound impact
it had on them.

For many, it’s a difficult subject to breach. People all over the country contact us, asking questions and wanting to access our archive for personal and academic research. Young people who were not born at the time of the evictions have been inspired by the I-Hotel story—many by having seen Curtis Choy’s timeless documentary, “Fall of the I-Hotel—and have become activists, teachers, cultural
workers, fighting for social justice. There are certainly many thousands
of people across the country—and worldwide — who remember the I-Hotel
struggle and the evictions and the tenants.

The community didn’t let it fade after the demolition, as the site sat as a hole in the ground with memories of that struggle planted deep in the ground.  It was finally
rebuilt thanks to the community not forgetting—102 units of senior housing at the corner of Kearny and Jackson.

Just like the I-Hotel, the 5M Project will demolish a low-income
community. The 5M project is an attempt by the developer to “Supersize
Soma” by constructing a 470-foot tower with 400 market-rate (aka rich
people) condos, a 395- and 350-foot towers with 600,000 square feet of office
space, along with a 200-foot tower with 230 market-rate and 58 affordable units.
The height and density limits that would preclude such a project would
be circumvented by spot zoning and special carve-outs that would allow
the developer to build despite zoning regulations and construct these buildings
that are totally out of scale with the rest of Soma, both physically and
in character.  The towers that the developer plans to build will bring
big money to the investors, but the long term impacts on SOMA
residents—the Filipino community, families and working people—will be
increased land values and with it, eviction and gentrification.

Also, allowing a project of this magnitude in SOMA would set a precedent,
allowing other developers to follow suit, creating another financial
district. In the proposed 5M project, one site alone will have 85% of
the city’s annual office allocation.  Well-planned zoning restrictions
were put into place to prevent such a thing.

The proposed 5M development is dividing the community—which is part of
the plan.  Promises of community benefits are made—money and space for
artists, school programs and non-profits, open private public space
(Which is it, public or private?). But let’s remember, the developer cares about one thing—the developer—and the political operatives the developer hires are very shrewd and smart when they infiltrate a community they have their bulldozers set on—in this case, the land that the Chronicle owns.

SF Chronicle, do you remember the I-Hotel?

There are no guarantees that the community benefits will ever come to
fruition in the development agreement.  If the economy takes a downturn,
the developer will not be required to adhere to the community benefits.
The city is giving the developer a blank check, to write in what it
wants as far as zoning without regards to the integrity of the Central
Soma plan, the youth and family zone and the pending Filipino Heritage
District.

The mayor has forgotten the lessons learned from the I-Hotel
struggle—bending over forwards and backwards for developers , real
estate and tech interests whose only interest is insulated communities
that represent one class of people while excluding the rest.  The only
entities, it appears, whose concerns are heard are market rate real
estate developers, tech angel investors, the real estate industry and
all combinations thereof. Some affordable housing has been built in
the past decade, but more rent-controlled housing has been lost due to
evictions.  At its most extreme, people die as a result of evictions.

And when people start getting evicted and displaced, namely members of
the Filipino community, who is going to remember them — the developer?
When our community begins to disappear, who will remember them, the
folks that the developer has dispatched to sing corporate Kumbaya hymns
in the spaces that our elders, families and children gather?  Or will it
become just another forgotten day in San Francisco History?