The Board of Supes will discuss two very different issues this week that are actually closely related and could inform some productive discussion about the housing market.

On Wednesday/24,the Budget and Finance Committee will hold a hearing on the impacts on the city of the recent and upcoming tech IPOs, including “business tax revenue, housing, and gentrification.”

The previous day, Tuesday/23, the full board will vote on the city’s ten-year capital plan.

The connections are pretty obvious, but largely missing from the ten-year spending proposal.

I’m seeing the same pattern in Sacramento, where the state is poised to receive a sizable windfall from the IPOs, possibly in the billions of dollars. The state expects a surplus of more than $20 billion this year.

And neither the local nor the state government is planning to use most or all of that surplus to mitigate the negative impacts of all that new tech wealth, particularly in the Bay Area.

Everyone agrees that in about six months, when the stock grants vest and the newly minted millionaires can start spending their money, the housing market will go even more crazy than it is today. Sellers are holding property off the market. Landlords are leaving apartments vacant.

And I suspect that the speculators are drooling at the prospect of snapping up multi-family buildings, using the Ellis Act to evict the tenants, and flipping them as TICs.

The San Francisco tech boom is not just an accident. City policies under the late Mayor Ed Lee were designed to attract tech companies to the city, no matter the damage to the rest of us. Uber, Lyft, and Airbnb were allowed to violate local laws with impunity because the mayor saw them as local tech companies that should be encouraged. Thanks to those policies, a relatively small number of people will be getting very rich – and the rest of the city will be getting poorer.

Yes: Tech booms like this make most of the city worse off, because they drive up the cost of real estate. That means teachers can’t afford to live here, long-term tenants are thrown on the streets, those who remain have to pay far more than a third of their income (the federal standard) for housing, prices go up in stores and restaurants, small businesses close because the rent is too high … you get the picture. We all know it.

The Yimbys say the answer is the same free market that created this problem – that we should just allow developers to build more housing. Problem is, city policies have already driven up the cost of land and labor (construction workers can’t live here anymore) and made it so expensive to build that no developer is going to construct workforce housing. And no lender is going to invest in it when there’s so much more to be made in exclusively high-end housing.

So let’s go back to the city and state budgets.

If the state has a boom-driven surplus of $20 billion, that would pay for maybe 40,000 affordable-housing units in the Bay Area. Building 40,000 units of social (non-market) housing of all kinds – land trusts, limited-equity co-ops, public housing, nonprofit affordable housing, at all the levels we need for the workforce and homeless people – would make a huge difference in the housing crisis. It would be a step toward mitigating the impacts of the tech boom – using the money that the tech boom created.

San Francisco will also gets a huge windfall from the boom – but it’s not enough to pay teachers and city workers the money they need to afford to live here. Property owners (and I am one of them) are also getting a huge windfall – unless you bought your house yesterday, it’s already appreciated in value and will again, and again, over the next year.

So what is the city doing with its long-term capital plan? Here’s a snapshot:

That’s a total – over the next ten years – of $300 million for affordable housing. Enough to build 600 units. If that money can be used to leverage state and federal money, maybe as many as a couple thousand units.

All of the things on the list are important. The seismic stuff is mandatory under state law. We need more money for parks and open space, and for transportation.

But none of that matters if we can’t solve the housing crisis. And $300 million is a tiny, tiny fraction of what everyone agrees the city needs.

Why so little? Because this mayor, like the past few mayors, refuses to issue new bonds until we pay off the old ones, lest property owners (who for the most part are doing just fine) pay slightly higher taxes. Not the taxes they should pay if we didn’t have Prop. 13; just a few hundred bucks more a year.

I know that some people on fixed incomes and seniors have owned their homes for years and can’t pay higher taxes. I know there are small landlords who are not getting rich. The fact that the state bungled tax policy in the 1970s and put those folks at risk is the reason we have Prop. 13. But this isn’t rocket science, or even Coding 101 – we know how to craft a bond act that exempts vulnerable populations.

We also know how to craft a bond act that does not allow big landlords to pass the costs through to tenants.

Over the next ten years, a city that now has a budget of more than $11 billion a year and is one of the richest cities in the history of human civilization will spend $300 million to address the most dramatic impacts of the boom that brought this money in.

How about a $2 billion local affordable housing bond? How about funding some of that with new higher taxes on the tech companies (or a tax on stock options, which the city repealed during the Twitter Tax Break days)?

We have the money. I wonder if this will come up at the board hearings. 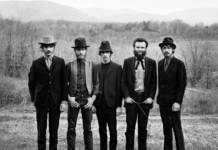 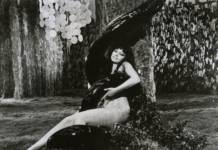