DECEMBER 19, 2014 — The holidays are here, and despite this feeling like a tough year for many of us on San Francisco’s left, I can’t help but think that we got some incredible gifts thrown in with our lumps of coal. 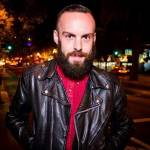 Because every store I’ve walked into since Thanksgiving – or more accurately Halloween – has been playing Christmas songs (will I ever get Feliz Navidad out of my head again?) I’m going to write this week’s column in the spirit of a holiday classic.

On the first month of San Franciscmas, my city gave to me

In January it was announced that prolific misogynist H. Brown was leaving the city for good. PS Does anyone know if this actually happened?

On the second month of San Franciscmas, my city gave to me

In February, one elected officials stopped talking about the Ellis Act and started doing something about it as David Campos introduced landmark Ellis Act relocation fee increases. The landlords managed to sue this one away for now, but our city attorney is working on an appeal of the court decision.

On the third month of San Franciscmas, my city gave to me

Local artist and drag performer Mica Sigourney had had enough this March, and laid out all the reasons San Francisco’s queers have to fight for our city in his gone-viral manifesto.

On the fourth month of San Franciscmas, my city gave to me

In April it was announced that the Golden State Warriors were abandoning their highly controversial plans to build a stadium, complete with a high-rise hotel, mall etc., along the Embarcadero and instead move it to a much more accessible and sensible spot in Mission Bay.

On the fifth month of San Franciscmas, my city gave to me

A long, hard fight by Latino residents in the Mission culminated in the May inauguration of the Calle 24, marking a large swath of the neighborhood around 24th street as a Latino cultural district and providing it with gentrification-mitigation protections.

On the sixth month of San Franciscmas, my city gave to me

A Bay that was America’s Cup-free

Sometimes the best gift is not getting one at all — which was certainly the case when, in June, Larry Ellison decided to take his boondoggle billionaire yacht race elsewhere, and with it declined to saddle San Francisco with another guaranteed embarrassment (and $11.5 million in debt).

On the seventh month of San Franciscmas, my city gave to me

Pier 70, which in July qualified for the ballot, gave developers and community groups an equation for how to successfully build large-scale housing developments in San Francisco (30% affordable housing + smart mixed uses +maintain historic buildings + thousands of hours of community outreach = success) and garnered near unanimous support from everyone that would usually oppose it.

On the eight month of San Franciscmas, my city gave to me

The most shocking endorsement moment of 2014 came when the city’s Democratic County Central Committee, which is lead by the lobbyist for the San Francisco Association of Realtors, narrowly endorsed Proposition G. Hijinks ensued and the lovefest turned awakward when it hit the mail.

On the ninth month of San Franciscmas, my city gave to me

#MyNameIs became a rallying cry for drag queens, transgender people, privacy activists and others who banded together in September to successfully change Facebook’s misguided “Real Name” policy. As an aside, these San Francisco queens helped me to coin what I hope to be my forever catchphrase: Don’t fuck with drag queens.

On the tenth month of San Franciscmas, my city gave to me

In October pigs flew, hell froze, over and progressive groups found themselves aligned with Senator Dianne Feinstein as they fought a common enemy: Airbnb.

On the eleventh month of San Franciscmas, my city gave to me

Progressives in the streets

Despite ultimate losses in both the Assembly race and Prop G campaigns, progressives put together their best election day GOTV effort in a decade this November and laid the foundation for big victories in 2016, when the presidential election will bring out a more lefty electorate. Plus, every post-election progressive meeting I was in noted a need for a similarly robust absentee GOTV program, so I hope we’ll get that right next time too.

On the twelfth month of San Franciscmas, my city gave to me

San Franciscans have spent much of the month of December blocking, marching through and dying-in on the cities’ streets demanding an end to police violence against black and brown people as the Black Lives Matter movement quickly becomes the social justice rallying cry of an entire generation.

To surmise in the form of a song—

Progressives in the streets

A Bay that was America’s Cup-free