District One has always been a key political battleground, a part of town that’s around 60 percent tenants and 40 percent homeowners and that, since the return of district elections in 2000, has been represented by progressives.

Jake McGoldrick won the first district race, and was followed by Eric Mar, who was followed by Sandra Lee Fewer. In every election, the real-estate industry has pushed a more conservative candidate, and most of the time, it’s been fairly close.

Now that Fewer is stepping down after one term, we are seeing the same pattern – in a dramatic fashion. 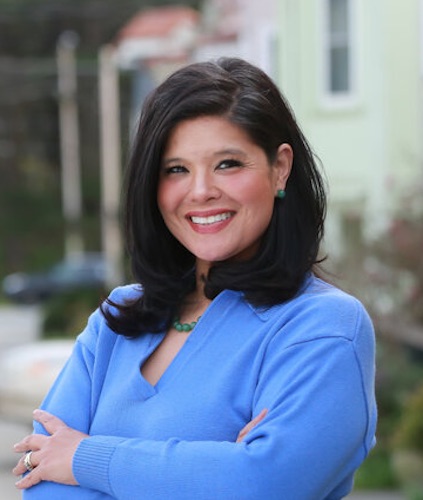 Connie Chan, who has worked as an aide to former Sup. Sophie Maxwell and Sup. Aaron Peskin, has the support of pretty much every progressive elected official and organization in the city. Marjan Philhour, a former political consultant and aide to Mayor London Breed, has the real-estate industry, the mayor, and the rest of the more conservative political establishment.

Unlike D7, there is no division here: It’s a two-candidate race, and the lineup is very clear.

Not only does Philhour have the strong support of real-estate professionals and developers, she has the endorsement and a $500 contribution from the San Francisco Apartment Association, which has sued to city to block a COVID crisis eviction-protection law. Many of her contributions are in the $500 category.

Chan has almost no real-estate money, and the vast majority of her donations are from city and nonprofit workers.

Philhour has raised $75,000 so far, and at least ten percent is from the real-estate and development world. She also has the backing of some prominent political consultants who work primarily for pro-real-estate candidates.

Mary Jung, the lobbyist for the Board of Realtors, gave her $250.

Thanks to campaign-spending limits and public financing, the money in this race is competitive. Both candidates will wind up with close to the same amount of cash.

Philhour is spending hers more quickly – she’s already spent $75,000, about twice what Chan has spent. But it’s entirely possible, even likely, that there will be a major independent-expenditure committee dumping money to support Philhour in the next couple of months; allies of the mayor have shown a pattern of creating big-money IEs in local supes races, and this one is clearly a top priority for Breed.

There may be an IE for Chan, too: This is a critical swing district, and everybody knows it.

Pretty much everyone on the progressive side has endorsed or given money to Chan. Sups. Peskin, Fewer, Gordon Mar, Matt Haney, Norman Yee, Hillary Ronen, Shamann Walton, Dean Preston, and Rafael Mandelman are all with Chan.

Chan told me that she’s running as “a candidate for working people.” She supports the tax on companies that overpay their CEOs and the tax on real-estate sales of more than $10 million. “Frankly, we are seeing an attack on working people,” she told me. “We are talking about austerity and cuts to city services while the billionaires are not paying their fair share.”

Philhour told me that she supports Preston’s eviction moratorium and disagrees with the Apartment Association’s lawsuit. She said she supports all the taxes on the fall ballot. Half of the real-estate people who have given her money, she said, “are parents at my kids’ school.”

But she agreed with me that it’s pretty clear the real-estate industry (and the mayor) would much rather see her than Chan in office.

After massive organizing efforts, supes back off on lethal force issue—but that discussion is by no means over.
Read more
Police

One supe has already changed his mind and will vote No tomorrow; legal issue, ballot measure still pending as city deals with national media fallout of bizarre policy
Read more
The Agenda

Plus: Was the Killer Robot vote even legal? That's The Agenda for Dec. 5-12 2022
Read more
Sponsored link