Tax-break tech hiring a bust in the Tenderloin 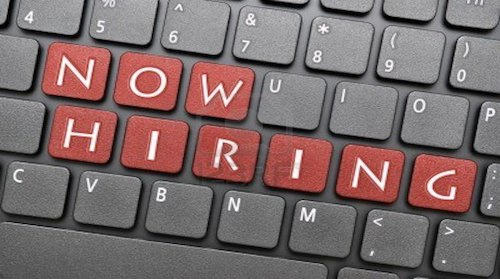 SEPT 15, 2014 – When the Twitter tax break was signed, San Francisco Mayor Ed Lee’s office had high hopes that the expanding technology boom would explode with local hiring and that the incoming Internet companies could help make his dream of 2,500 new tech jobs come true. So the first Community Benefit Agreements that each participating tech company signed to mitigate the harshness of the ensuing gentrification of the neighborhood referenced local workforce development.

The 2013 CBAs all contain some allusion to hiring locals, few specifics, no grand goals or hiring promises. Much of it resembled Twitter’s politically correct: “It is crucial that all people have access to economic growth.” But the expectation of jobs in the documents was palpable.

Tech firms Zoosk and Zendesk pledged to hire interns from the neighborhood. Zendesk expected to hire at least two each in 2012 and 2013. Zendesk did hire a pair in 2012, but only one last year. Zoosk executed its first CBA in 2013 and fulfilled its promise to hire two interns. All the interns got only summer jobs, and all came from the neighborhood’s Vietnamese Youth Development Center. But recently, Zoosk put someone on full-time in an entry-level position.

That’s it: one full-time hire and five summer interns out of the neighborhood’s 30,000 population. So central city residents can only hope that they will be the 1 in 5,000 who snags some sort of job at Big Tech.

The companies say local hiring has lagged because they can’t find qualified tech workers in the neighborhood. And they could have a point.

So in the 2014 CBAs, four of the six tax-break firms — Twitter, Zendesk, One Kings Lane and Zoosk — say they will train locals in the hopes that one day they can be part of a tech workforce from the inner city.

“The reason for the change in the CBA wording to ‘training’ had to do with the difficulties that arose in finding interns that live in the tenderloin,” Zendesk public affairs director Tiffany Apczynski wrote in an email. “It is difficult and often not possible to post for and vet interns based on specific geographies like a neighborhood.

“Zendesk also worked with community partners in the area, but even if a service provider may be located in the Tenderloin, the people they serve often live in other neighborhoods. We believe focusing on training will have a bigger impact and allow us to reach more people in the neighborhood.”

The new emphasis on training is paying off for Community Housing Partnership’s new employment and training Center, located in the nearby South of Market neighborhood.

“Zendesk was the first organization to donate to this campaign, which helped us build confidence with other funders,” she said.

The center trains front desk clerks for SROs, putting formerly homeless into the workforce. Before, the training was done without computers in crowded community rooms in the central city. Above the training center are 44 units for transitional age youth, also formerly homeless, “a population that desperately needs these services.”

Zendesk also played a major part in CHP’s fundraiser, “A Night With the Stars,” and its Youth Health and Wellness Fair. CHP also showed up in the One Kings Lane CBA with its pledge to assist the center.

Another 2014 example of funding to get people into jobs, rather than into a tech row chair on Market Street, is Twitter’s $10,000 contribution to Larkin Street Youth Services for its Hire Up program. This is for the education and employment of formerly homeless youth and disadvantaged folks.

Twitter also put $30,000 into a Bay Area Video Coalition scholarship project to train “economically disadvantaged individuals for jobs in the technical sector.” But mid-Market/Tenderloin applicants are not specified for it. But at two unnamed events this year, it says it will counsel disadvantaged people on “how to gain employment in the company and other similar firms.”

Mayor Lee has committed to creating 2,500 jobs in the next five years through SFTech, the vehicle bankrolled by the U.S. Department of Labor. Training and hiring San Franciscans would go through the First Source Hiring Program, which works in conjunction with community-based organizations that train and place people in jobs or internships.

“We’ve gotten pushback in terms of having local hiring requirements in the CBAs, because the companies have said, ‘We can’t control that,’” said Jackie Jenks, executive director of Hospitality House, a member of the Market Street for the Masses Coalition. “I would encourage them to think outside the box on how they can help promote local hires in their companies.

Zendesk, the first and then-only company to sign a CBA back in 2012, has led the way ever since in providing a model of community engagement that its tech peers have been slow to emulate. This year, Zendesk hosted a weeklong boot camp during high school spring break that recruited from the YMCA and VYDC and the public schools, giving participants a crash course in basic Web page-building skills. Apczynski announced the company’s plans to the CAC in March along with a promise to donate 50 laptops to Bessie Carmichael Elementary.

Other job-related Zendesk commitments in the CBA include: collaborating with Twitter on an event focusing on women in engineering and to work with training groups at Year Up, S.F. State, City College, Academy X and West ED, to provide fine-tuning of knowledge needed “to meet growing start-up sector needs in San Francisco.” And it will continue working with the Vietnamese Youth Development Center with mentorships that prepare kids for college and the workforce.

Cristino Lagahid, Employment, program manager at VYDC, said the nonprofit also has a relationship with Salesforce, which is not one of the CBA companies, but has the advantage of being much larger than either Zoosk or Zendesk, and is “more sustainable to where it’s a pipeline of workforce opportunities for low-income and inner-city youth.”

The online dating site Zoosk, one of the smaller companies involved in the CBA process, paid its part-time two summer interns $15 an hour. Zoosk also donated computers to VYDC.

“We’ve had a working relationship with those two in particular (Zoosk and Zendesk) for the past one and a half years,” Lagahid said, and mentioned career readiness workshops that opened clients’ eyes to career paths. “They’ve been very supportive.”

Jinfeng Huang, 18, a 2013 Zoosk intern, said that going into her senior year at International High, she worked in the marketing department for 20 hours a week, learning how to build ads using the computer software. Now she’s enrolled at S.F. State, and says she’ll probably major in marketing. She lives near Civic Center, she says, with her parents and little brothers and is the first in her family to go to college.

“It was great. They hired somebody with no work experience,” she said. She’d been coached at VYDC on interview skills and resume writing, but “I was pretty nervous” when she went in for her first interview at Zoosk.

This year, Zoosk promised to hire three interns, invite two local students to a yearlong computer training program that meets weekly at Zoosk, and invite 10 VYDC members to a session on resume writing and interviewing skills. It will invite 10 more VYDC youths to Zoosk to discuss education, employment skills and career development and host local residents and human resource personnel in a session devoted to improving job searches, networking and learning what entry-level skills are need in the tech industry.

Twitter, “for the past 3 summers, has hosted a GWC (Girls Who Code) Summer Immersion Program in San Francisco, where 20 girls from the Bay Area study coding at Twitter Monday through Friday from 9-5,” Caroline Barlerin, Twitter’s community liaison, said in response to The Extra’s question about its employment outreach.

“Twitter is collaborating with Oasis for Girls to recruit more girls from the mid-Market area to next year’s class and Twitter’s CTO, Adam Messinger, sits on the GWC board,” Barlerin said. Oasis, on Mission Street near Seventh, is for at-risk girls of color ages 14-17.

“One thing they could do,” Jenks said, “is partner with existing employment and training programs that do placement and hiring, such as the Homeless Employment Center to hire applicants through those programs. Hire entry-level positions that they currently contract out – security, janitorial, food services, for instance, or pressure contractors to prioritize hiring folks from the community. We could send people to those jobs.

“They’ve said, ‘We don’t control that hiring,’ but they could influence that hiring,” Jenks said, “because those folks want that contract.”

This story was published with permission from Central City Extra, where an earlier version appeared in the paper’s Sept. 2014 edition