It’s going to be a week of fireworks at the Board of Supes: The city budget is up Tuesday/19, as are a series of ballot measures, including some that had to be called out of committee last week because the six-vote progressive majority on the board has been undermined by the conservative committee appointments of President London Breed.

Most of the work on the budget happens in committee, and that process is over. There is always some jockeying around last-minute cuts and additions (or “add backs”) but the big issue this week, which will overshadow the rest of the discussion, is a plan by Sup. John Avalos to put part of the Police Department budget on reserve pending demonstrable reforms.

Avalos doesn’t want to cut funding for the cops – he just wants to see quarterly reports showing how the department is improving its use-of-force programs and making progress on the type of systemic bias that the Blue Ribbon Task Force found in its recent scathing report.

There’s a certain amount of logic here: For decades, activists have complained about problems in the SFPD, and for decades, change has been slow. New policies are put in place, general orders are changed, promises are made – and then the cops keep doing the same things with impunity. We are again in a period when the leadership is promising change – but this time, as Justice Cruz Reynoso, a member of the Blue Ribbon Panel, noted, the mayor, the supervisors, and the voters need to demand that reforms actually happen.

So how about the department has to prove its actually doing what it promised to get all of its money?

The mayor hates this idea. The Police Officers Association hates this idea. It would have to be amended into the budget, and Avalos will need six votes. It’s hard to imagine how any of the supes up for re-election will want to side with the mayor and the POA, but we shall see.

Among the key votes: Sups. Scott Wiener and Mark Farrell want to increase the sales tax in the city by a total of .75 percent to pay for transportation and homeless services (if this passes, the city’s sales tax would be more than 9 percent).

That dynamic duo also has a measure to criminalize homelessness – and the progressives aren’t happy about it.

If Farrell and Wiener don’t pull their homeless measure, you may see a move to reject the sales tax – which is already baked into the mayor’s budget for his new Department of Homelessness.

Farrell and Wiener at this point are not backing down – they really want a wedge issue on November ballot.

There’s also a resolution by Sup. Aaron Peskin that would direct the board not to do anything to interefere with the ability of the new department to do its job – and the director, Jeff Kotzitsky, has in essence already said that the Farrell Wiener measure will screw things up.

That’s just part of the intrigue.

Both of those measures will be heard at a “special meeting” of the board – which is scheduled for 3pm on Tuesday, right in the middle of the regular board meeting. The last special meeting was Friday, and only the six progressive supes showed up. Unless the five moderates decide to walk out, they will have to vote on whether the two.

Sup. Jane Kim’s measure to increase the transfer tax on the sale of properties that go for $5 million or more is also before the board, and while she got a solid majority for the concept of free city college, which this would pay for, the supes still have to approve the tax plan. She’s got six sponsors, so it will go on the ballot.

Sup. Norman Yee wants to give the board some power to appoint members of the agency that oversees Muni; the mayor doesn’t like that, but it’s going to be popular with the voters.

And there’s the measure that could create a huge, dramatic change in local politics: Avalos wants to take away the ability of the mayor to appoint member of the Board of Supervisors. Under his charter amendment, vacancies would be filled by a special election, with the mayor only naming a temporary incumbent who would not be eligible to run for the job. That, and the proposal to create an Office of the Public Advocate, won’t be heard until the next board meeting.

There may be some last-minute deals that change some of this; we will keep you posted.

Oh, and by the way: This week is the monthly meeting where the mayor shows up for “Question Time.” Nobody has submitted questions for him, but the news media may have a chance to see which of these measures he supports – and to ask why he has been almost entirely missing in action on all of the key debates. 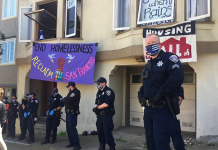 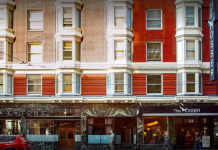 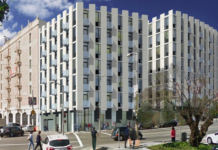 Developer wants huge density bonus — should we know why?