In 'Kiss My Gay Ass,' the eminent politico, activist, comedian, teacher, and personality spills the tea.

“It’s not about votes or vetos, it’s about building movements,” veteran politico and revered gay activist Tom Ammiano tells me, surveying the current local political scene. “What the Board of Supervisors and the State legislature continue to miss is that there are movements organizing and mobilizing around certain issues—be it immigration, or the unhoused, or police reform. Instead of tapping into that peoples’ voice, they’re concerned more with immediate power. It’s so out of touch.”

But there’s more than just laser-sharp political analysis in Ammiano’s new memoir, “Kiss My Gay Ass: My trip down the Yellow Brick Road through activism, stand-up, and politics,” published by Bay Guardian Books. The self-described “Mommy Queerest” applies his penchant for outspoken, often hilarious quips to his journey from good New Jersey Catholic boy through San Francisco teaching career, political organizing with Harvey Milk to defeat the homophobic Briggs initiative, stand-up comedy at the Valencia Rose, election to the Board of Supervisors and State Senate, 1999 mayoral run, and beyond. 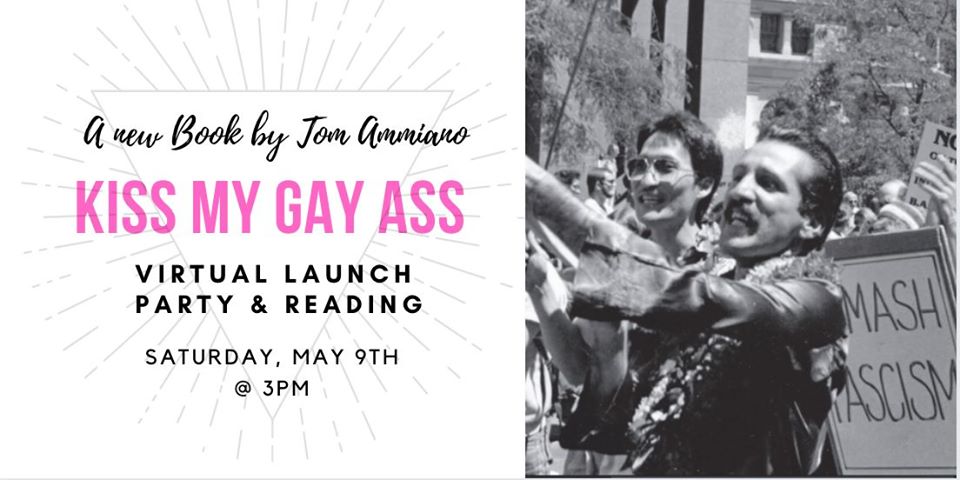 There’s plenty of juicy tidbits along the way, including how the title of the book came about. In 1999, when Mayor Willie Brown invited Governor Arnold Schwarzenegger, a Republican, to a Democratic Party fundraiser at the Fairmont Hotel, Ammiano left yelling ‘Kiss my gay ass!” A national media/culture wars brouhaha ensued. (Schwarzenegger responded by vetoing a benign piece of legislation introduced by Ammiano with an acrostic that spelled out “Fuck you.”)

And of course Ammiano is full of hidden history. “How’s the Stud?” he asked me about the bar I co-own when I called him. “You know in the ’70s, we used to dance there until it closed and then we’d go next door to the Universal Life Corral. It was a space set up like a church so it could stay open all night, and everyone would have sex and do a lot of drugs. There was a woman at the door—I think her nickname was Quaaluda or Quaalina—who would give you the run-down before you went in. ‘Oh there’s speed here tonight, it’s not good.’ Or, ‘don’t buy your downers from the skinny guy.’ She was like a Wal-Mart greeter for the orgy.”

I spoke with Ammiano a bit about the book and the world of politics in general.

48 HILLS You’ve lived more lives than a dozen people. How on earth did you summon it all for the book? Have you been keeping journals or notes?

TOM AMMIANO No, nothing like that—it’s all in the brain, although I did do a one-man show at the Marsh a few years ago that helped me get the material together. It was purely a kitchen table thing, where I sat down with help of my editors Tim Redmond and Jon Golinger. They finally put down the bong and said, ‘Tom, it’s time.’ 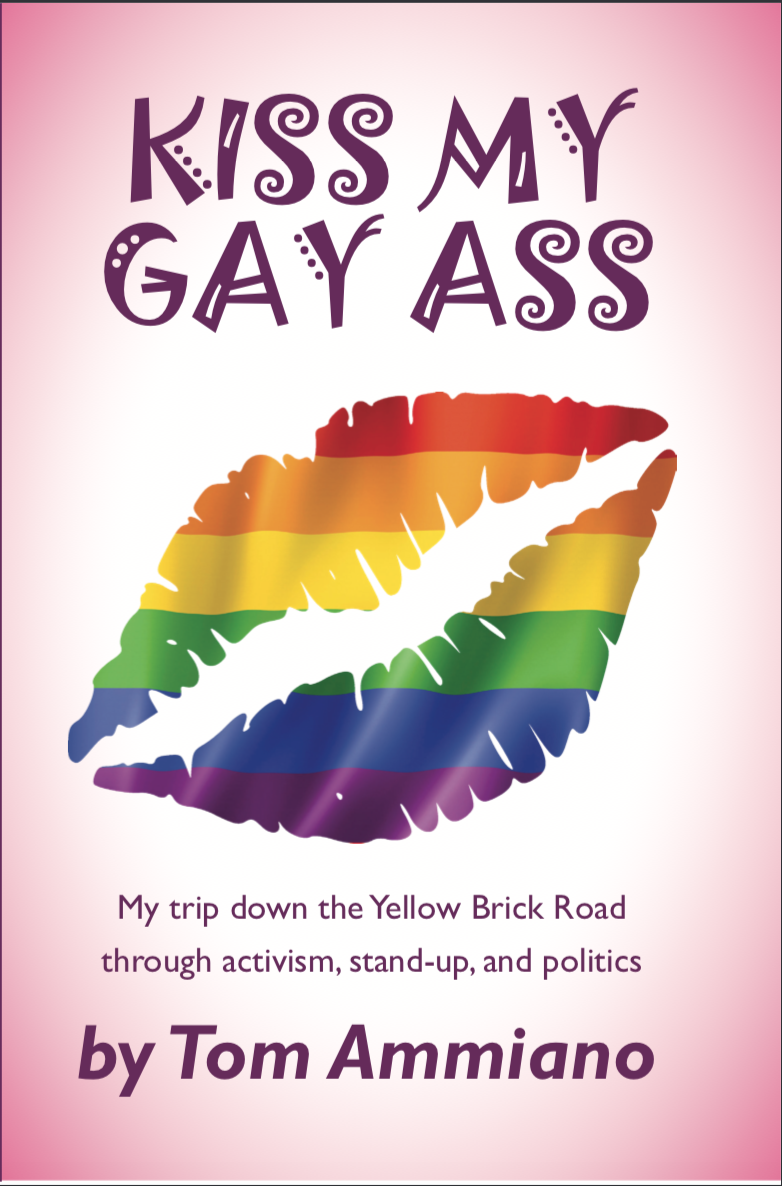 48H How did it feel to relive something like your “Run Tom Run” mayoral campaign in 1999—something that brought a lot of young people like me (at the time!) into direct action San Francisco politics? Was there any temptation to settle scores, especially since you ran in such a contentious environment against Willie Brown?

TA You know, it was thrilling to relive running for mayor, because I think we really started something. We picked up on Milk’s legacy and connected it to what was going on then, not just with LGBT issues but broader social justice ideas and movements.

And there were specific moments, too. Willie actually had Jesse Jackson call me in the middle of the night and tell me not to run. There I was in my cucumber mask and hair curlers taking a call from Jesse Jackson in my kitchen. I almost shit my pants! He said, Why are you running agains Willie—he’s good on the gay thing, he’s progressive on this and that. He wanted me to wait to run, next time. I politely thanked him for the call, but said that our approach was channeling a real grassroots energy, not the same old machine politics.

48H What were some of the other positive things you recall from your political career? Obviously defeating the infamous Briggs Initiative that would have expelled gay teachers…

TA The return to district elections, which we put on the ballot for 2000 and won. It went back to the way it was when Harvey was elected. We may not have had all our candidates elected that year, but it really pissed off Willie Brown, which is something I always loved to do.

Healthy San Francisco. Coming from my background in working-class New Jersey, I saw my family suffered from lack of healthcare. During my last term as supervisor, I saw that we had the infrastructure —teaching hospitals, a great healthcare workforce. Why couldn’t we provide universal healthcare access here, if the country wasn’t going to do it? Everyone predicted it would never happen and it did.

I’ve always been and strong advocate for police reform, again going back to going up in Jersey, where the cops would beat the shit out of my friends for being gay. I did a lot of that on the Board, and followed through in Sacramento, helping defeat all these terrible bills. This comes together with my advocacy for public education—I was very much against Kamala Harris’s bill to tie incarceration to truancy. And that came back to bite her big-time in the Presidential primary.

48H What are some of the immediate things you see that continue to need work?

TA Definitely support for education, especially with people like Betsey DeVos in charge. This pandemic is really getting people into the groove of appreciating how important teachers, and nurses, and other community workers are, and the many ways we keep failing to support them with what they need. No one is trying to get rich by becoming a teacher. And while schools have come a long way around LGBT issues, there’s so much left to do. And we have to advocate more for immigrants; rights. We need to recognize that movement more.

48H Finally, what are some of your thought on the current SF political scene.

TA It’s frustrating to see how the Brown-schooled mayor is dealing with issues, especially with the pandemic. We have a tremendous problem with the unhoused right now, because we’ve politicized the issue forever—and continue to do so. However, it’s not just about one person. We need charter reform for the Mayor’s Office in general. There’s all kinds of things that happen behind those doors that we know nothing about. It’s too powerful.

But I’m also really hopeful we’re approaching a turning point, with the election of people like Chesa and Dean. Young people are saying, “Willie who?” I think we’re entering a new era. It’s very exciting.

You can purchase Tom’s book here.

Find out via email or text when you can contact your health provider (or public system) to get vaccinated.
Read more
Music

Still broke and roasted at 40: a lightning round with Broke-Ass Stuart

How many times has this media mogul eaten at French Laundry? We ask the tough questions before his celebrity birthday roast.
Read more
Business + Tech

Board president resigns after her racially-charged video rocks the Deaf Counseling Advocacy and Referral Agency community. But way forward may be blocked by legal challenge.
Read more

Plus, La Cocina Marketplace and the return of the macaron! California Eating's Tamara Palmer highlights great flavors of the Bay
Read more