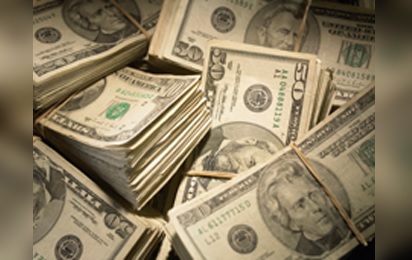 The candidates for local office filed their first major campaign-finance statements last week, and some of them are eye-openers. In fact, a careful review of the records on file with the Ethics Commission show that three candidates for supervisor are taking full advantage of a loophole in the law that lets them raise money in unlimited amounts to get their names out.

The filings also give a sense of where the big money in the city is going, and which candidates have the support of the real-estate industry, which is collectively one of the biggest donors to local campaigns.

You can argue forever about whether campaign donations are in effect legal bribery – that is, whether giving money to a candidate buys you access that others don’t get – or whether donations simply reflect political and ideological support for candidates. The reality is a little of both; some individuals, corporations, and PACs give money to candidates because they have interests in the city that they want to promote, and some give because they believe that a candidate best reflects their political agenda.

The bigger money tends to come from the bigger interests, the ones who see a donation as an investment that will yield dividends down the line. That’s why San Francisco, like a lot of places, has limits on individual contributions; nobody can give a candidate for local office more than $500.

But business sectors – say, real-estate – can account for a huge percentage of a candidate’s fundraising. And whatever side of the “bribery-vs-ideology” debate you come down on, overall contribution reports give a clear picture of which candidates have the support of which financial, and ideological, parts of the city.

The fact that someone raised tens of thousands of dollars from people who don’t like rent control, for example, doesn’t mean that person will necessarily vote against rent control – but it means the donors think that person will represent their interests better than his or her opponent.

Enough with the philosophy; we all get how the game is played. Let’s take a look at what’s going on in San Francisco politics right now.

One of the most interesting bits of information in the campaign reports is the way three candidates for supervisor – Josh Arce, Joel Engardio, and Marjan Philhour – are also running for the Democratic County Central Committee, where contributions limits don’t apply, and have raised big chunks of cash for their DCCC campaigns that would be illegal to collect for their supe runs.

Of course, since a lot of politics is name recognition and overall image, spending $70,000 to tell people that you’re a great guy and would be a great member of a relatively low-profile party committee also helps you get elected supervisor. And there’s no law that says you have to spend your DCCC money citywide; you could, for example, spend 90 percent of that cash telling people in one supervisorial district that you’re a wonderful Democrat (oh, and by the way, you also happen to be running for supervisor in that district). You could put up signs that say “Josh Arce” in big letters and “for Democratic Party” in small ones.

The Josh Arce for District 9 Supervisor campaign committee, the one that has to live with the $500 limits, has raised essentially zero dollars at this point. It exists only as a paper organization that is legally constituted so he can raise money in the future.

Why Laborer’s Union locals and PACs around the state care that much about the local DCCC might be a mystery – except that Arce can use that money to print signs with his name and do events and buy ads and send out mailers in D9, all of which plays into the race for supervisor.

It seems a bit unfair: Other candidates spend hours on the phone raising money at no more than $500 from a broad base of community people. Arce’s employer writes a big check and he’s done.

He got $5,000 from BSC Management, $5,000 from Sally Stephens, who describes herself as “retired,” $1,000 from Red Bridge Properties LLC, and $1,000 from Zachs and Freedman, one of the most notorious eviction law firms in the city.

The other interesting element is the amount of real-estate money (and money from interesting places) flooding the campaigns of some of the district candidates.

Let’s start with Ahsha Safai, who is running in D11. He’s already got $90,000 in the bank. Of that, nearly $15,000 comes from real-estate interests. Mary Jung, the chief lobbyist for the Association of Realtors, gave him the maximum $500. Andrew Junius, of the developer law firm Reuben and Junius, kicked in $500. So did his partner, Jim Reuben. Jim Lazarus, an exec with the Chamber of Commerce, was good for $500.

You know who else is supporting a candidate who seems to be the darling of the downtown and real-estate establishment? David Chiu for Assembly, which gave $500.

This should come as no surprise – Safai has made a fair amount of money in real-estate speculation. He’s the candidate that the landlords and investors see as representing them.

There is no other district in the city where a single candidate is so dependent on real-estate money. Board president London Breed, who is running against a prominent tenant lawyer, has less real-estate money than Safai.

The progressives are rallying around Kimberly Alvarenga, former chief of staff to Assemblymember Tom Ammiano who is now political director for SEIU Local 1021. Alvarenga just formally announced a few weeks ago and is only starting to raise money.

In D9, Arce’s leading opponent, Hillary Ronen, has more than $40,000 in the bank, and virtually none of it comes from real-estate. Most of her donors are individuals who work in law, government, or the nonprofit world.

Edwin Lindo, also a candidate in D9, has raised $15,000, and again, none of it comes from real-estate, tech, or any of the other big industries in the city

The incumbent in D5, London Breed, has raised $163,000, which is no surprise – incumbents, particularly when the incumbent is president of the board, generally have no trouble raising money. She’s gotten $13,000 from people associated with the real-estate industry, including $500 from Mary Jung. She’s got two $500 contributions from people who work for political bully Ron Conway’s investment firm, SV Angel. The Alliance for Jobs and Sustainable Growth, which represents the city’s most conservative pro-big-business interests, gave $500. So did Steve Kawa, the mayor’s chief of staff – and so did the Police Officers Association, which of late has been unhappy with Breed, but in December gave her $500.

Again, no surprise: People like to support a powerful incumbent. But it’s clear where downtown, Conway’s folks, the mayor, and the realtors are putting their money in this race.

Here’s an interesting twist: Marjan Philhour, who is running for supe in D1, is a political consultant. She’s raised a ton of money, too. And she’s been paid $15,000 by the Breed for Supervisor campaign, which hired her for her political advice and management.

I’ve never seen that before: One of the candidates for supervisor has hired another candidate for supervisor as a campaign advisor. I’m sure that’s all legit; it’s just strange. And suggests where Breed’s loyalties will be in D1 (and where Philhour will come down in D5).

Breed’s main opponent, Dean Preston, who is the founder of Tenants Together, a statewide renter-advocacy group, has raised $31,000. Much of that is from lawyers and tenant advocates. There is, not surprisingly, little money from the real-estate industry.

Then there’s D1, where Philhour is running. She’s got more than $100,000, much of it from elected officials who are probably former clients, from other political consultants, and from the Asian and Filipino communities. Although much of her political activity has been as a paid consultant, she’s instantly a serious factor in the race, and has the support of most of the conservative politicians in the city. She’s on the DCCC, and like Arce, was appointed by Mary Jung, the lobbyist for the Board of Realtors.

Her main opponent, Sandy Fewer, just announced a few weeks ago. She’s already raised more than the $10,000 she needs to qualify for public financing, and has tremendous name recognition and a proven record; she’s served for eight years on the School Board.

Fewer has pretty much every progressive in the city on her side, and will be able to raise plenty of money to make the race competitive.

But for now, scams, loopholes, and real-estate money are having an impact. And at a time when the city is deeply divided, thanks to Mayor Lee and the horrifying economic cleansing of SF neighborhoods, the reports should give voters a good sense of who is on which side.