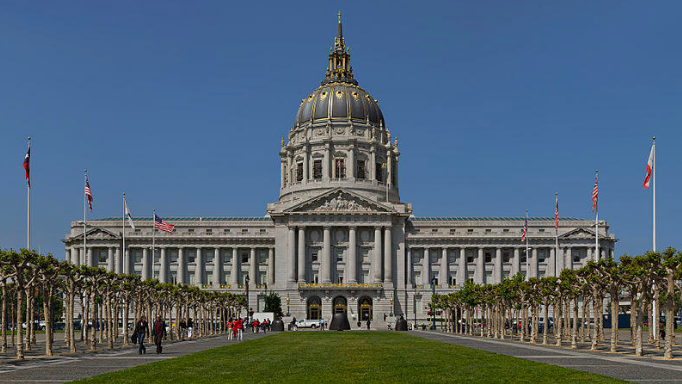 I will stipulate that the BART Station at 16thStreet is dirty. But it seems a bit of a stretch to say that because of that problem, San Francisco’s entire city government is incompetent. Particularly since the city doesn’t manage that plaza anyway; it’s BART’s property.

But here we have a rant by Chronicle columnist Heather Knight, who says that San Francisco is no longer the City That Knows How, and that “there are still some folks in San Francisco who are competent and cutting edge – they just don’t work in government.”

Our Millennium Tower is sinking, leaning and spontaneously cracking — one window, at least. Our new $2.2 billion Transbay Transit Center has been open only a month, and the walkway around its rooftop park is already crumbling. Muni’s effort to repair the Twin Peaks Tunnel resulted in a citywide bus meltdown and the death of a worker.

Just FYI: The Millennium Tower isn’t “ours.” It was built by a private developer. The city didn’t come up with the plans or decide to save money by failing to sink pilings into bedrock; that was Millennium Partners.

The accident that killed a construction worker in the Muni tunnel wasn’t the result of Muni’s negligence; that was a private company, one with a dubious past.

The walkway that is crumbling? Built by a private contractor, which is now on the hook to fix it.

The city, in retrospect, shouldn’t have approved the Millennium Tower and perhaps should have hired a different private contractor for the Muni job and the Transbay Terminal. But it seems to me that the real incompetence in all of these examples was in the private sector.

San Francisco has so little know-how these days, it can’t even do the most mundane tasks well, like keeping a BART station plaza clean.

Actually, that’s not San Francisco’s job, either: BART – a separate government agency with its own elected board — has jurisdiction over and responsibility for its own stations, including the 16thStreet Plaza.

Knight says that Lava Mae, a private nonprofit that provides bathrooms and showers for homeless people, is an example of an outfit that is doing a great job. I agree; Lava Mae is a wonderful organization that does something that really helps people. But it doesn’t house anyone.

I am not here to defend the elected and appointed officials who are running our city. More than a decade of policies aimed at supporting the private sector, particularly the tech sector, and the profits of private developers have created a housing and transit nightmare in this town.

But I don’t think that was because Mayor Ed Lee or his allies on the Board of Supervisors and his appointees on the Planning Commission were too dumb, clueless, or addled to do their jobs. They were perfectly competent a crafting and implementing policies that made homelessness such a difficult problem.

And when all we read is that San Francisco can’t even keep (someone else’s) train station clean, it makes people wonder if we should, for example, raise taxes on a small number of rich corporations to pay for (public-sector) homeless programs like supportive housing – which, as Heather Knight knows, work exactly the way they are supposed to.

I can see the Chamber of Commerce using this article to argue against Prop. C: Gee, we already spend a lot of money on homeless services, and the city can’t even keep (someone else’s) BART plaza clean. We heard the same arguments against public power (and CleanPowerSF is working very well).

So let’s keep some perspective here.

I don’t have any idea what motivates someone like Josephine Zhao, who dropped out of the School Board race in the wake of a long string of transphobic and homophobic statements. But I suspect some of her supporters, starting with state Sen. Scott Wiener, let her know that they couldn’t stick with her once the extent of her comments became public.

I do know this: Zhao’s horrifying comments about trans people are not recent news. We first pointed out in 2016that she had opposed a bill allowing students to use bathrooms consistent with their gender identity. (I had excellent translations of her comments from the Chinese language press.) In early August, we brought the issue up again.

And we asked then, and I continue to ask now: Wiener knew about her comments and her attitudes for at least two years. So did Mayor London Breed. Why did it take this long, and require Mission Local to use nine Cantonese translators of her more recent social-media posts, before these local officials realized they couldn’t keep trying to defend her? And will anybody hold them accountable for sticking with Zhao all this time?

And while Wiener sent out a statement saying he supports her withdrawing from the race, I have seen nothing from him, Breed, or any others formally withdrawing their endorsements.

It’s too late to take her name off the ballot. She still has gobs of campaign money. Which leads Joe Eskenazi to ask: What happens if she still wins?

The Board of Supes approved Mayor London Breed’s two appointees to the Police Commission last week after both gave surprisingly vague answers to questions about the federal Joint Terrorism Task Force.

Damali Taylor, a former prosecutor who now works for O’Melveny and Myers, and Dion Jay Brookter, deputy director at Young Community Developers, both were approved and will now join the commission, which has been short two mayoral appointees.

Board president Malia Cohen said they were completely qualified for the job, and urged her colleagues to support them.

But Sup. Jane Kim had a question for the candidates, and it seemed pretty much a softball, something that anyone who wants to be on the SF Police Commission would be able to answer simply:

Should the SFPD once again join the federal JTTF?

Let’s remember: The JTTF requires – doesn’t suggest, it requires – participating local agencies to spy on their residents based on their religion or ethnicity. The Asian Law Caucus, Council on American Islamic Relations, the ACLU and numerous other groupspushed the city to pull out of the task force, and last year, the city did that.

Kim simply asked: Should the city rejoin the JTTF?

At first, Taylor said that she couldn’t answer that question because she didn’t want to comment on something that might come up before the commission. That’s just ridiculous; this isn’t the US Supreme Court, and there’s no reason that a candidate for the commission can’t say how she would vote on an upcoming issue.

Kim pushed her; she said she would have to review the actual proposal. But, Kim noted, we know what the actual proposal is: It’s a Memorandum of Understanding that requires local officers to spy on people, without probably cause, just because of their race or religion.

Taylor said she was against the idea of spying on people – but she wouldn’t say, specifically, that she would reject any effort to rejoin the JTTF.

Brookter at first seemed to indicate that he wanted to pursue an effort to rejoin the federal spy group. Then he backed off, saying that he wanted to sit down with all of the parties, to examine what the actual issues are, and then make a decision.

Again: We already know what the issues are.

In the end, Kim managed to get both candidates to say that they would oppose any program that involved warrantless spying and racial profiling. And the supes approved the two nominees.

But it’s a bit alarming that it took that long and was that difficult. This is an easy one: The answer is no.

Didn’t Mayor Breed know that – or did she even ask her nominees about it?