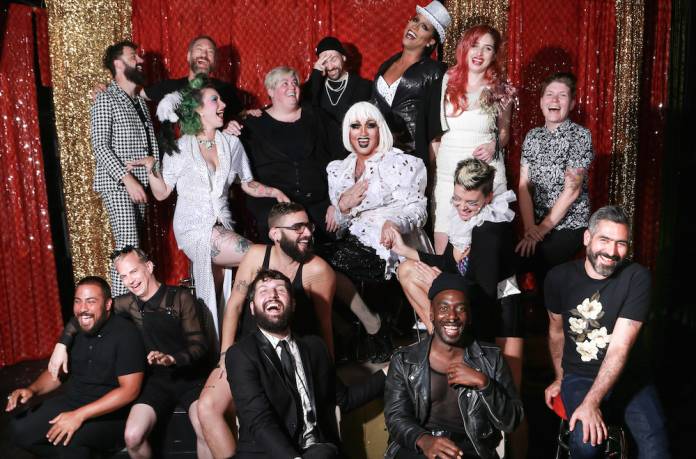 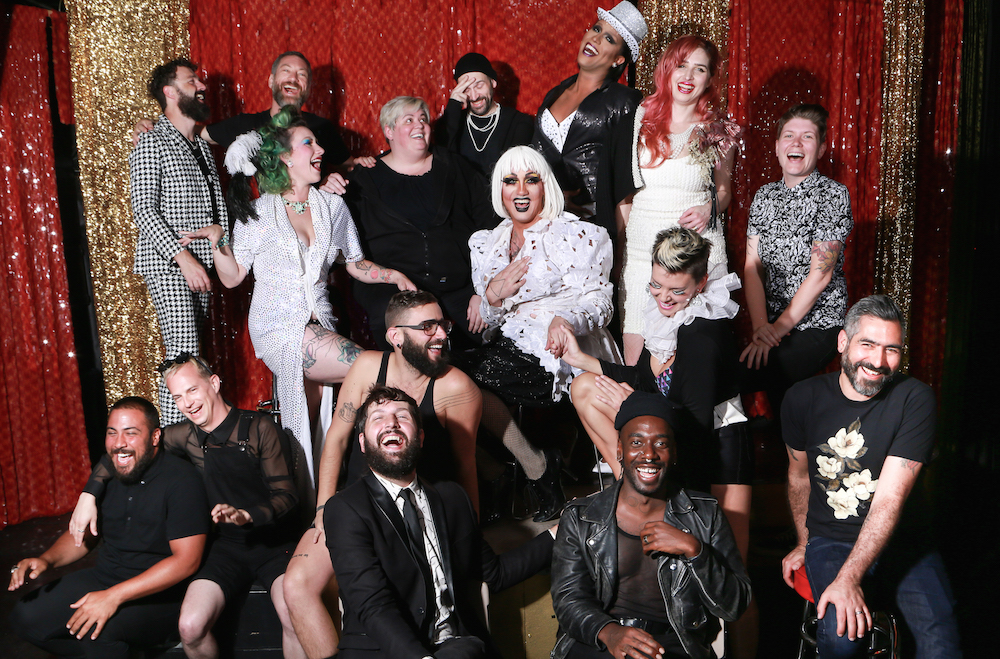 Party Radar: Can this colorful crew save the Stud?

Plus: DJ Sappho, Hot Chip, Juan Ramos, Psychemagik, and so much more. This week's nightlife agenda.

PARTY RADAR In a world where gentrification and skyrocketing rents are forcing vital arts and nightlife spaces into exile, can a scrappy, rag-tag group of dance floor dreamers rescue a legendary venue from destruction? And can they work several killer looks while doing it?

Yep. Or at least it’s taken a few huge, glamorous steps in that direction.

Today, the SOS: Save Our Stud collective issued an official press release detailing some of its plans to preserve the 50-year-old queer club, a month after the shocking news that its building had been sold and the rent was being tripled. The collective formed immediately on the heels of that revelation, when a group of Stud performers, promoters, and regulars came together with an eye towards buying the business from departing owner/manager Michael McElhaney and operating the venue as a cooperative along the lines of Rainbow Grocery and Arizmendi Bakery. This will be the first time the co-op model will be applied to a dance club in SF.

(I and my husband have joined this group of 15 or so fine people — it’s too fascinating a nightlife experiment to pass up — and I promise to disclose this in all of my nightlife writing.)

And the news? It’s very good. “I’ve made the choice to move forward with transferring ownership of the bar to The Stud Collective based on the diverse, multitalented, qualified group that they represent,” current owner McElhaney is quoted in the press release.

SOS executive committee-member Mica Sigourney, aka drag hostess VivvyAnne ForeverMore told me last night: “We have enough capital within the co-op to purchase the liquor license and business and make it a successful venture. Michael, the owner, has announced that he wants to work exclusively with us. And we’re working very closely with Jane Kim’s office and the Mayor’s Office of Economic and Workforce Development to make this happen.”

Kim herself issued a statement, saying, “We can’t underestimate the importance of the Stud to the LGBT community. Not only has The Stud been the site of important artistic and political events, it currently serves one of the anchor business for the future Tenderloin/SOMA LGBT Heritage District.”

The Stud’s rent hike goes into effect at the end of October, so the co-op is working to get it all together real soon — and let the dancing, drag, and drinking continue. You can read the full press release here.

HOT CHIP DJ SET Nerds on the loose! Not only do you get the aurally omnivorous Hot Chip kids on the decks, you also get DFA records freaks Pat Mahoney and his Museum of Love plus NYC’s incredible Beats in Space radio’s DJ Tim Sweeney — there lots more, too. Fri/5, 9:30pm-3:30am, $30 (tickets at door). Public Works, SF. More info here.

ATOM™ & TOBIAS A four-hour live set from these intelligent techno masters — who I know the Surface Tension party crew (some of the smartest, headiest selectors in the city) are incredibly stoked to have as guests. Fri/5, 10pm-4am, $20. F8, SF. Tickets and more info here.

SOME THING DULCE DE LECHE If you have yet to witness the fulsome drag whirlwind that is Dulce de Leche, do not miss this — a whole night of this ball of sunshine on stage at the weekly Some Thing drag showcase, serving up a platter “of showtunes, soul, doo-wop, girlgroups, glamour-pusses, gal pals and every thing that makes this larger than life drag queen smile.” Fri/5, 10pm-late, $10. The Stud, SF. More info here.

PSYCHEMAGIK I spent a solid four years listening constantly to this duo, who rode the late-2000s wave of rare disco and rock re-edits right up to the sun-soaked beach. They’ve been trending a bit UK deep house lately, but they still let those revelatory glints of soul sunshine through in their mixes and releases. Sat/6, 10pm-late. $16-$21. Monarch, SF. Tickets and more info here.

JUAN RAMOS Berliner by the way of the East Coast, Juan plays dark and dirty dance music at some of the sexiest gay undergrounds on the planet (CockTail D’Amore, After Glow, Honcho). So no surprise he’s popping up on the heels of a new record at Dick Slap, the Eagle’s monthly, er, dick slap. Watch your lip gloss! Sat/6, 10pm, $10. Eagle, SF. More info here.

GO BANG! Looking for that classic disco sound? Take it back to the roots! Steve Fabus, one of the resident DJs at this excellent monthly party — our very own underground Studio 54 (but more fun-messier) — has been playing records at discos since the ’70s. He’s joined by awesome Go Bang! partners Sergio Fedasz and Joe Prince Wolfe, with special guest headliners Shawn Ryan and Jeremy Rosebrook. Go Bang, indeed. Sat/6, 9pm-3am, $10. The Stud, SF. More info here.

POWERBLOUSE Every month, drag legends Juanita MORE! and Glamamore invite one lucky person to the stage of the Powerhouse for a full-fantasy drag makeover. “Watch as they use all of their sacred drag queen powers to tuck, tape, shape, glue and staple this person together. When the vision is complete they will push the newbie onto the stage for their first ever live lip-sync performance! The magic mascara wand will be casting spells!” This week’s victim: charming young club gadabout Jesse Lee Oberst. Benefitting AIDS Housing Alliance. Sat/5, 10pm, $5. Powerhouse, SF. More info here.