I may have been wrong about my assessment of the SF Democratic Party and the mayor’s race.

If the strategy of the Mark Leno and Sup. Jane Kim campaigns is to win a dual endorsement at the Democratic County Central Committee, they will need to change the rules, which currently only allow a 1-2-3 listing. 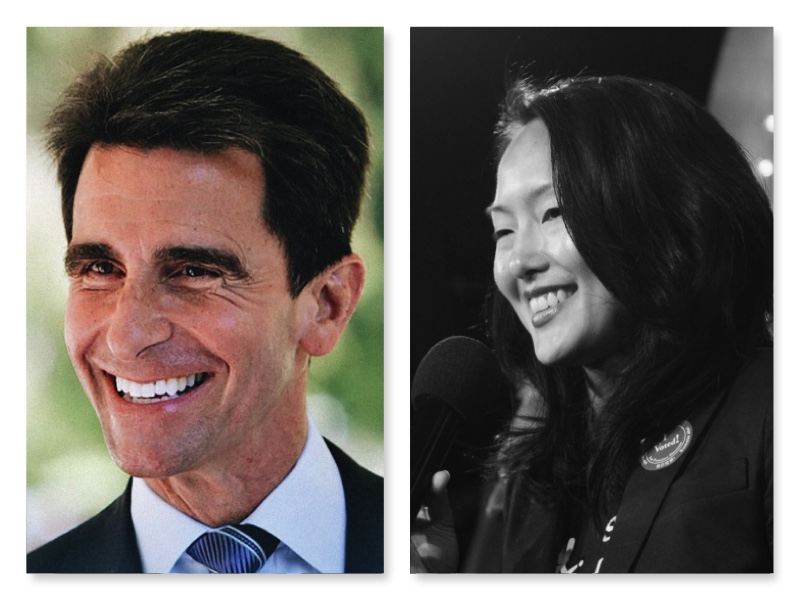 That would require a two-thirds vote. There are 31 members, including seven ex-officios (all of the state and federal elected officials from SF who are Democrats). So that’s 21 votes.

As of today, depending on how you count, there are at least 18 or 19 members who have endorsed or are likely to support either Leno or Kim. So a couple more votes could put that strategy over the top.

That would require the Leno folks to work with Kim’s campaign (the way Kim’s campaign helped Leno get a dual at the Harvey Milk Club) to swing the DCCC. Because neither candidate has the votes to get endorsed alone.

It’s not clear where, say, Angela Alioto would go when it becomes clear she isn’t even close to getting the endorsement; would she rather have it go to Kim and Leno or have a “no endorsement,” which is what the supporters of Sup. London Breed are going for?

Not clear where Mayor Mark Farrell will go; would he support Leno and Kim over Breed?

There would have to be some political dancing, but it’s actually possible that there could be enough votes for a dual.

If not, then the Kim and Leno campaigns would have to decide: Is it better for one of them to take second place, or for the party to stay out of it?

The progressive reformers who are trying to take on the state Democratic Party didn’t win any major endorsements this weekend at the party convention in San Diego, but they did have an impact.

Under the party’s rules, 60 percent of the delegates have to vote in favor of a candidate for an official party endorsement. With longtime incumbents, it’s usually pretty routine.

Not this time: Kevin DeLeon, who is challenging Sen. Dianne Feinstein, got 54 percent of the vote, just 150 votes (out of 2775) shy of getting the party’s nod to take on an incumbent. Feinstein got only 37 percent of the vote. The official outcome is “no endorsement,” but the message was pretty clear.

Lite Guv Gavin Newsom got 39 percent for governor in a crowded field; Antonio Villaraigosa, who is considered his strongest challenger, tanked with just 9 percent. John Chiang (30) and Delaine Eastin (20), who are far behind in the polls, combined for half the delegates.

It’s hard to shake up the state party, which has been controlled for years by powerful insiders. But if a four-term incumbent US senator can’t get the party nod, it’s a sign that things may be changing – that the grassroots organizing around party elections is having an impact.

The student press never gets the attention it deserves; campus newspapers constantly break big stories that either get ignored or stolen by the major media. So it makes me happy to note that The Guardsman, the City College paper, scooped everyone on the story that San Francisco hasn’t yet paid the bill for Free City College – and when both the Ex and the Chron picked up the story, they credited the Guardsman and reporter Michael Toren (who also writes for 48hills).

Not so the broadcast media: When I heard the story on KQED, the line was “The San Francisco Chronicle reported today ….” The TV and radio stations still, even in this new era of media, tend to read the Chron and repeat its stories.

Should have been “The Guardsman at City College reported today ….”

Because if the college paper hadn’t been on this, the news might not have come out at all.

We will all be missing Sharen Hewitt for a long, long time. For her many friends and grandkids and loved ones, the memorial service is Monday/5, at 11am, at Third Baptist Church.