Litquake — the annual, gargantuan local literary festival (October 6-14) — is turning 18 this year. And it’s ready to rumble right out of the gate, with a star-studded opening party Fri/6 celebrating the fact that it’s now old enough “to vote, pay taxes, buy a lottery ticket or a condom, own a gun, enlist in the military, and run for governor of Rhode Island.” If only it would!

And, as always, the fest winds up Sat/14 with the fantastic Litcrawl, snaking its way down Valencia Street, as venue-hoppers pop into readings at bars, bookstores, laundromats, corner stores, and more to “get drunk on words.” (48 Hills is co-sponsoring a Litcrawl event with The Stud — oh yes, there will be drag queens reading classics — 8pm-9pm at Lone Palm called Hush Hush: Litcrawl Bookworm Edition, come!)

Betwixt and amongst those bookend events lie hundreds of authors and dozens of events, but here are a few that might particularly tickle your vellum:

RAW AND SAVVY: CHRIS KRAUSS AND THE LIFE OF KATHY ACKER “Rich girl, street punk, lost girl, icon, scholar, stripper, victim, and media-whore: The late Kathy Acker’s legend and writings are wrapped in mythologies, created mostly by Acker herself. In the new, fully-authorized biography After Kathy Acker, author Chris Kraus (I Love Dick) approaches her subject both as a writer and as a member of the artistic communities from which Acker emerged. In conversation with Dodie Bellamy.”  Sat/7, 8pm-10pm, $10/$20. Swedish American Hall, SF. More info here.

THE BETTER ANGES OF OUR NATURE: CHARLES GARFIELD, SHANTI INTERNATIONAL, AND THE ENDURING SPIRIT OF VOLUNTEERISM “Some are born to volunteer, some volunteer to heal their own wounds, and some have volunteering thrust upon them by life circumstances. Dr. Charles Garfield, founder of the internationally-recognized Shanti Project and author of Life’s Last Gift, artfully weaves together impassioned first-person accounts with insightful commentary on the skills to be learned from each volunteer experience. Tonight, he discusses his work with monologuist, author, and hospice worker Josh Kornbluth.” Sun/8, 4pm-6pm, free. Strut, SF. More info here. 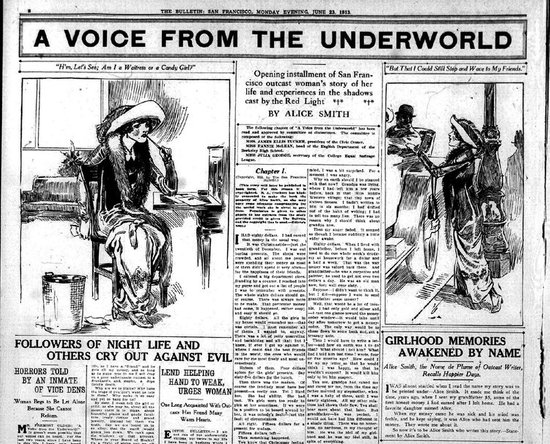 BARBARY COAST PROSTITUTE WALKING TOUR “Ivy Anderson and Devon Angus, authors of the California Historical Society Book Award-winning Alice: Memoirs of a Barbary Coast Prostitute, walk and talk you through the vice districts of 20th century San Francisco, just before closure of the infamous Barbary Coast. Enjoy discussions of SF history, politics, and geography framed around the story of ‘Alice Smith,’ a sex worker whose memoir electrified the city during its serialized publication in 1913.” Sun/8, noon-2pm, free. More info here.

BLACK AGAINST EMPIRE “In celebration of San Francisco’s 13th Annual One City One Book selection, we present an evening with Black Against Empire: The History and Politics of the Black Panther Party, and its co-author, Waldo E. Martin, Jr. Bold, engrossing, and richly detailed, this book cuts through the mythology and obfuscation, revealing the political dynamics that drove the explosive growth of the revolutionary Black Panther Party, and its disastrous unraveling. Black against Empire is the winner of the American Book Award, and is currently banned by the CA Department of Corrections. In conversation with writer/curator D. Scot Miller.” Tue/10, 7pm-8:30pm, free. American Bookbinders Museum, SF. More info here. 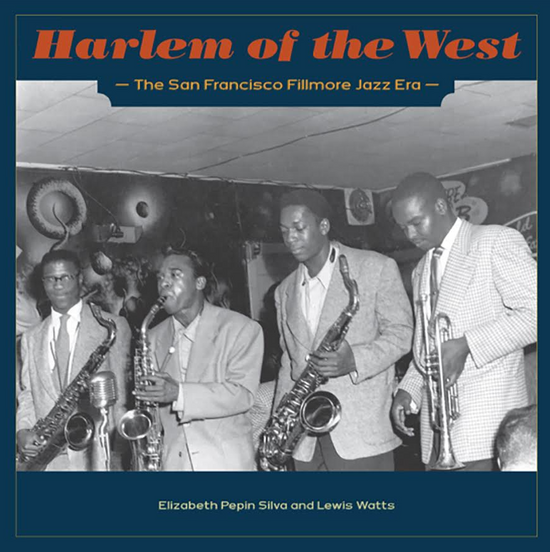 SF STORIES: WHEN YOU LOVE A CITY, BUT IT DOESN’T LOVE YOU BACK Artist evictions, tech invasions―where will it end? These San Francisco stories wrest wisdom from chaos and channel boundless energy into artful narratives, demonstrating that grace and persistence are as much a measure of the city’s legacy as a determination of its future. The new anthology Your Golden Sun Still Shines illustrates San Francisco’s continuing legacy as home and beacon to the literary vanguard. Hosted by editor Denise Sullivan and contributor Tony Robles, with readings from Golden Sun writers and special guests, and stories/music from Victor Krummenacher and Alison Faith Levy. Fri/13, 7pm-9pm, $5-$10. Make-Out Room, SF. More info here.

Festivities big and small, plus meals to enjoy at home (this Prosperity Salad's a winner)