BIG WEEK Sketchfest! Sketchfest! Sketchfest! Is there any sweeter word in the English language? Of course there is, but from the short and the sassy to the live and the loud, this year’s 15th annual comedy bonanza (Thu/7-January 24) will fill the city’s venues with Teen Witches, Prince tributes, comic legends, and up-and-coming yuksters.

There is literally and comedically a ton more, including our own PianoFight kids in a wacky showcase. Also: I had the unexpected pleasure of catching Princess, the Prince tribute act that includes SNL’s Maya Rudolph and Gretchen Lieberum, last year at the Regency Ballroom, and it was incredible — it went way beyond merely parodying the Purple One and into actually dazzling musical territory. Nothing sketchy here, check them out if you can. 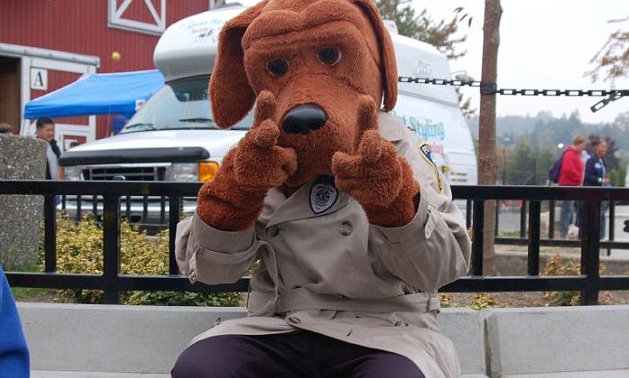 FILM UNDER THE INFLUENCE – VINTAGE DRUG SCARE FILMS Leave it to the Oddball Films drew to gather together “a program of mind-expanding, terror-intending and hilarity-inducing short 16mm educational films about the dangers of drugs. These classroom classics from the 1950s through the 1980s were meant to scare the pants off the junior-high set but probably encouraged as many to experiment with drugs and alcohol as it discouraged.” There’s even a short, weird, live action McGruff the Crime Dog flick. Get stoned. Thu/7, 8pm, $10. Oddball Films, SF. Tickets and more info here. 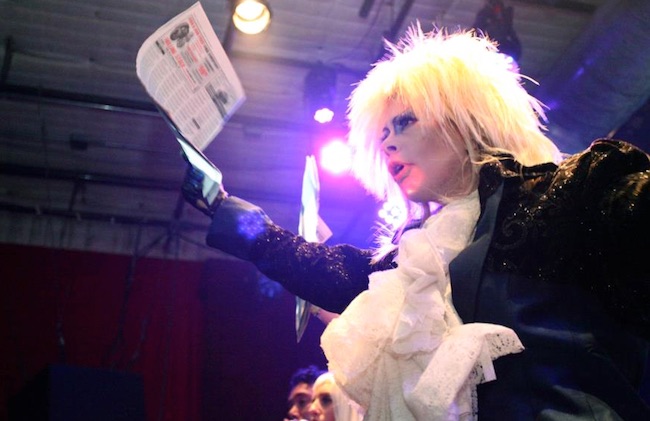 FIRST CHURCH OF THE SACRED SILVERSEXUAL’S FIFTH ANNUAL BOWIE BASH We have a legitimate freak cult in our midst, and of course it’s dedicated to the god that is Bowie. This multimedia, insanely hot glam rock spectacle sees The Rise and Fall of Ziggy Stardust and the Spiders from Mars performed live, as part of the First Church’s fifth annual celebration of Bowie’s B-day. Tons of performers, including Reverent Father Lysol Tony-Romeo, Raya Light, Trixxie Carr, and Phatima Rude. Fri/8, 8:30pm, $20. The Chapel, SF. Tickets and more info here.

LET’S CRASH ED LEE’S INAUGURATION “Mayor Lee has been decidedly absent as we have sought dialogue with him about Chief Suhr’s inability to run a police force. Chief Suhr has created a culture of racism and brutalization that gave five officers permission to assassinate Mario Woods. If he will not fire Chief Suhr, who refuses to step down, then we will let him know that he can go too. If we do not get justice, he will not get peace! We will be at the doors of San Francisco’s City Hall for the Mayor’s Inauguration not in celebration, but in protest.” Fri/8, 11am. More info here.

SAN FRANCISCO TAPE MUSIC FESTIVAL I am so stoked for this. SF has an incredibly long and important history of exploring brilliant musical corners, experimental and diverse. “America’s only festival devoted to the performance of audio works projected in three-dimensional space,” the four concerts presented over the weekend will include everything from legends of sonic-acoustical sculpting Iannis Xenakis, Morton Feldman, François Bayle, and Francis Dhomont to more recent players Elizabeth Anderson, Bjarni Gunnarsson, and Voicehandler. Fri/8-Sun/10, $15-$40. Gray Area, SF. Tickets and more info here. 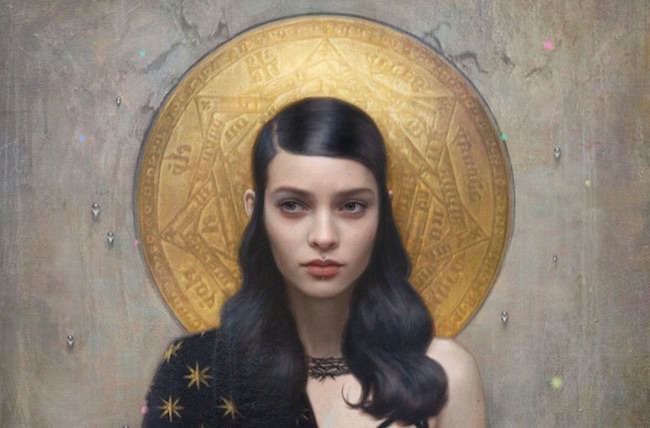 FIFTH ANNUAL SUPERSONIC INVITATIONAL More than 75 artists show off their popular styles at this lollapalooza of the local and international art scene. Curated by Zach Taylor, “the Supersonic invitational is a celebration of a new era – the very beginning of one – where artists have access to the world at their fingertips and are able to share their creations across the globe. It is an exciting, beautiful time to be alive and Supersonic is meant to showcase this.” We’re not sure about all that, but the art looks good. Sat/9, 6pm, free. Spoke Art Gallery, SF. More info here.

SAN FRANCISCO MOVEMENT ARTS FESTIVAL Awesome! Grace Cathedral is transformed into a huge theater, as more than 100 local artists in dance, stage, and music perform throughout the vast, beautiful space. “It’s like a farmer’s market, but instead of produce it’ll be performances” is the (kind of graceless) metaphor, but you get the drift. A night brimming with thought-provoking, gorgeous work of all kinds. Sat/9, 6pm-9pm, $12-$18. Grace Cathedral, SF. Tickets and more info here.

PEET’S THEATRE GRAND OPENING The former home of the Berkeley Rep just got a huge makeover (thanks in part to local chain Peet’s Coffee) that’s reminiscent of the new SF Symphony Soundbox space — especially with the installation of a state-of-the-art Meyer Constellation sound system. It’s still a Berkeley Rep space, so expect lots of great theater to come out of this. The grand opening affair lets you dress up in costumes from the Berkeley Rep’s collection, do some acting on stage, sip free coffee (duh), grab some snacks from food trucks, take an acting workshop class, and much more. Sat/9, noon-3pm, free. Peet’s Theater, Berk. More info here. 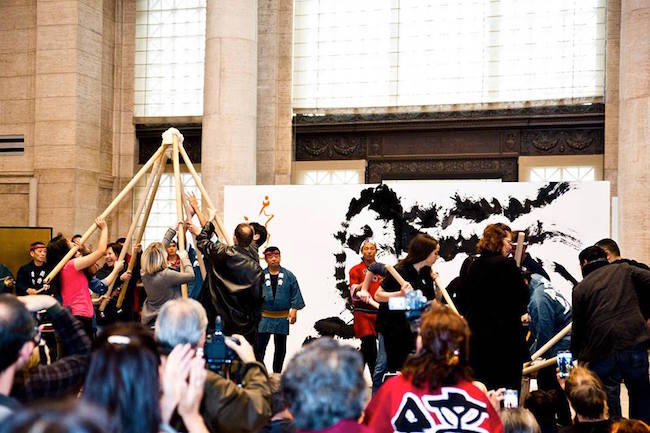 PROJECT NUNWAY Each year, professional fashion designers pair up with our wacky, wonderful Sisters of Perpetual Indulgence for a truly outrageous runway show — one that often sports looks to rival the big time tents or New York and London. This year’s theme is “7×7” so expect a lot of really big looks. This is a fundraiser for the Chinese Progressive Association’s Youth MOJO group, helping young immigrants and families find jobs and justice. Sun/10, 7pm-midnight, $25-$45. DNA Lounge, SF. Tickets and more info here.

Join us for our FREE Fall Fling, 11/3—and celebrate our 9th anniversary + our Best of the Bay winners!

Plus: 'A Couple' gives voice to Tolstoy's long-suffering wife, and 'The Swimmers' beats the crowdpleaser formula.
Arts + Culture

Ignore the plot: ‘The Great Comet’ seeks to entertain

With a cast of two dozen, the Shotgun Players have a blast. Shame about the dropped COVID restrictions.